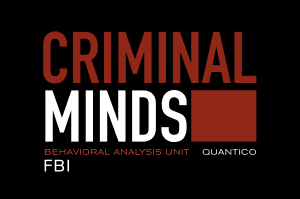 Criminal Minds is a highly-rated police procedural that focuses on a the FBI Behavioral Analysis Unit (BAU), which is a group of profilers who try to get understand the serial killers they chase so they can better catch them.

The show, which is currently still on the air, has already enjoyed some 11 seasons and 255 episodes with a 12th season set to premier next month. The show has also spawned two spin-offs, namely Criminal Minds: Suspect Behavior and Criminal Minds: Beyond Borders. The first lasted only one season and the latter was just picked up for its second season.

But while the BAU has matched wits with a wide assortment of sadistic and evil serial killers over the years, they ran into the issue of plagiarism during their 8th season. There, in episode 17, entitled The Gathering, they were forced to stop both a writer and the plagiarist serial killer bringing his work to life. 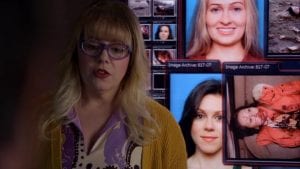 The episode began with the team heading to St. Paul, Minnesota to track down a serial killer (or “unsub” as the show prefers to call them) that has already struck twice.

The killer drew their attention because he attacks women and removes their tongues. However, he seems to have an uncanny knowledge of all of the victims’ lives, especially considering that the women seem to have nothing in common.

For example, with the first victim, the unsub seemingly saves her from a drunk boyfriend only to kidnap and kill her. However, it’s revealed that he knows both of their names, even though neither seem to recognize him.

It’s then discovered that all of the women so far have very active presences online and share a great deal of information, including their fantasies. It’s those fantasies that the killer reenacts, albeit in a deadly way. The theory is that, while the unsub has different methods of murdering, each based upon the victims’ online postings, he always takes the tongue of his victims for himself.

But a wrench is thrown into that theory when a new victim turns up. This one, a college student killed in a laundromat, avoided technology and didn’t even own a laptop (probably the least believable part of this episode). This victim didn’t fit the pattern.

However, they quickly learn that a mentally ill teenager was writing fantasies about her and posting them online. But while it seems like a great lead, the young author was clearly not the murderer as he was committed to psychiatric care at the time all of the crimes were committed. 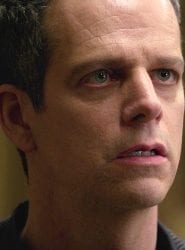 The show focuses on Peter. Previously he’d been seen recognizing the names of the victims on the news and going into a rage saying that they were his stories. They also show him having an obsession and online relationship with a woman named Tammy, whom he is actively stalking.

However, it’s when he goes to his writing therapy group that the truth comes out. Having penned a story entitled Betrayed, Peter’s group leader, Mark, stops reading it part way. After the session, Peter confronts Mark and accuses him of plagiarizing his work, by making his stories real.

Mark pushes back, saying Peter should be grateful that his stories were chosen. Peter, however, snaps and ends up killing Mark in a rage.

The BAU, by this point, were on to Mark, having realized that he alone had access to all of the material. However, when they arrive to find him dead, the focus shifts quickly to Peter.

Peter, in the meantime, had kidnapped Tammy with plans to kill her. Fortunately for her, the team shows up in time to rescue Tammy but Peter, who couldn’t be talked down, killed himself before he could be arrested. 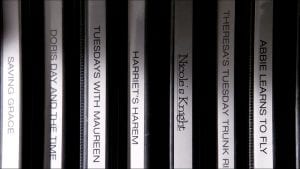 If we set aside the murder element of this episode, the plagiarism in it is actually very interesting.

For Peter, his stories were art to him, they were an expression of his deepest, darkest fantasies and represented a genuine attempt to control his own sanity. Mark, however, took those stories and acted on them in his stead, akin to a film or play being made without citing the source material.

The only difference is that, instead of a play, we have a horrible series of crimes.

But what struck me as odd and surreal was that, even though Peter and Mark were both clearly very sick and twisted individuals, the confrontation they had over the plagiarism was surprisingly normal.

Peter first tried to trick Peter into a public confrontation using his story, when that didn’t work, he approached him in private, venting his frustrations at having his personal work misused by someone he trusted. After that, Mark initially denied the plagiarism but, when pressed, admitted it but tried to play the situation as if Peter should think himself the lucky one and that he reenacted the work to every last detail.

At this point, Peter responded by saying that Mark had gotten a key detail wrong, namely that Peter had never cared about the tongues.

Taken out of the context of the murders, it’s a fairly normal confrontation between a plagiarist and victim, one that looks at the feeling of betrayal from having something personal stolen, the plagiarist trying to play the role of the victim in spite of his misdeeds and a dispute over the integrity and meaning of the work.

The only thing that was odd was what was stolen and how it was used.

Perhaps most interestingly though is the moral judgment Peter made when he learned about Mark’s actions. When he learned Mark had killed the women he’d written about, his outrage wasn’t that people he cared about had died, but that they were “his stories”. Likewise, when he confronted Mark, he wasn’t upset that he had murdered half a dozen women, he called him a “plagiarist” right out of the gate.

I can’t help but think that the show’s writers were offering some commentary there. Having two depraved and sick individuals with almost no concept of right and wrong still finding a way to battle over the ethics of plagiarism.

It’s an interesting idea that, as twisted as it is, comes across as pretty believable.

This episode primarily used plagiarism as a red herring. For nearly the whole episode, we were led to believe that the unsub was the author of the stories when, in fact, it was a murderous plagiarist.

Despite that, the plagiarism itself is actually fairly fascinating (we didn’t even look at the element of Mark’s role as an authority figure) and the confrontation between plagiarist and author was interesting, especially if you separate it from the murders it led to.

In the end, maybe the point is that even complete psychopaths fighting severe mental illness see plagiarism as a wrong. Maybe it’s just that these particular murders saw their crimes as art. Maybe it’s none of the above.

But while the plagiarism itself is largely a throwaway red herring in the story, it still raises some interesting, if disturbing, questions about the nature of plagiarism.

However, you’ll have to forgive me if I don’t dwell on them too long.