Instinct is a TV show not unfamiliar to this site. Back in April, the show was accused of plagiarizing much of the story of its third episode from a 2009 episode of the TV show Bones.

The similarities were so extreme that even Instinct‘s showrunner, Michael Rauch, admitted to the issue on Twitter and said that it was “100% unintentional” and that they were looking into it to make sure it doesn’t happen again.

Yeah, heard about this. Very distressing and 100% unintentional. Looking into it and how to make sure it doesn’t happen again. And of course apologies to Bones (and their fans). Thanks for the heads up. @HartHanson https://t.co/1ZkgOLQfwc

However, as per the old saying, the show must go on and Instinct continued after the controversy. With another ten episodes to go in its first season, it couldn’t let a plagiarism issue stop its initial run.

But that made it all the more interesting when, in episode 10, entitled Bye, Bye Birdie, plagiarism went from being a controversy about the show to being a topic of the show.

As such, it’s worth taking a moment to see how Instinct handled plagiarism when the topic became the intentional focus of the show. 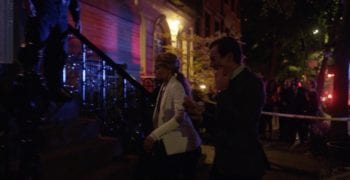 Instinct is a TV show that follows the exploits of Dr. Dylan Reinhart, a former CIA agent who took up teaching and writing but, after his book was used by a serial killer, began working with the New York Police Department as a consultant. There, he helps Detective Lizzie Needham solve tough cases.

In this episode Dylan and Lizzie are called to the home of author Celia Baxter, who claims that a man in a well-tailored suit and animal mask attacked her and nearly killed her. In fact, without her publisher walking in, Celia claims she would have been dead.

The police retrieve the knife used in the attack and DNA evidence from it leads them to Ben Richfield, a successful author that was Celia’s former writing professor. To make matters more interesting Ben and Celia bumped into each other recently and caught up over a cup of coffee. 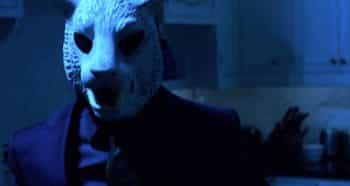 Lizzie and Dylan meet Ben at his office but find him to be both highly narcissistic and less than cooperative.  However, the detectives learn that another victim has turned up, Renata Pendell. Renata was killed, stabbed more than 30 times, by an attacker matching the description of the one who attacked Celia.

Texts to Ben found on Renata’s phone indicated that she was attempting to blackmail him, saying that she knew what he did to several people identified only by their initials. Dylan went to Celia who not only revealed she was battling cancer but that Ben had a habit of stealing ideas from his students. In her case, Ben had stolen the idea behind his most successful series, simply modifying the main character.

Ben is arrested after his blood turns up at the second crime scene but Dylan begins to get suspicious that Ben isn’t the killer. It’s revealed that Renata, as well as being a former student of Ben, was also the mistress of Celia’s ex-husband. Coupled with a height difference between the killer captured on video and Ben, and suspicion quickly falls to Celia. 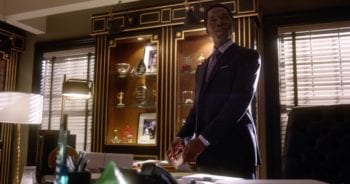 As it turns out, Celia isn’t merely battling cancer but is dying from it. Seizing the opportunity to take revenge, she used fake blood (created using DNA from a coffee cup) to plant evidence against Ben and frame him both for attacking her (an attack that didn’t happen) and the murder of Renata.

Dylan and Lizzie raid Celia’s home (and rescue a mutual friend who was about to become her third victim) but find that Celia isn’t there. She was long gone and in the Bahamas. There she planned on living out the last few weeks of her life, comfortable in the fact she’ll likely be dead before she can be extradited back to the United States. 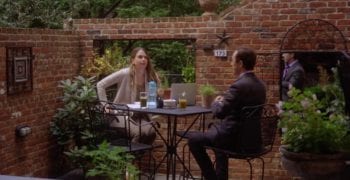 When looked at just in the context of the story, the plagiarism isn’t especially interesting.

The plagiarist, Ben Richfield, is never really explored as a character. He’s only in the episode for a couple of scenes and says very little. We don’t have any information about why he chose to plagiarize (despite being an obviously talented writer) and what, if any, fallout took place when (and if) the allegations became public.

Ben’s punishment in the episode is briefly being accused of murder before being exonerated through the hard work and cleverness of the show’s main characters.

We do come to understand one of the victims, Celia, a bit better. However, she revealed very little about her true feelings until the end of the episode. Initially, she denied being much bothered by the plagiarism saying she would never be happy writing about vampires. However, at the end of the show, she made it clear just how personal the plagiarism was, saying that the story Ben took was the one time the “writing Gods” spoke to her. 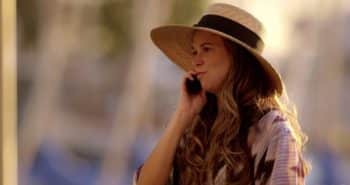 While Celia was obviously hiding her true feelings to avoid suspicion, it’s actually a pattern that’s pretty common among plagiarism victims. Many attempt to deny how much the plagiarism impacts them, often out of a feeling of helplessness, only to later acknowledge that it does bother them.

This is a common arc in just about any kind of injustice, however, it is nice to see it play out in a story about plagiarism.

While this is certainly plagiarism and would absolutely be upsetting to those he victimized, it’s not a copyright infringement.

This, when combined with the power dynamic between student and teacher, explains why Ben never faced repercussions for his plagiarism. Celia and his other victims couldn’t sue him and any attempt to make a public controversy would likely lead to a lawsuit from the wealthier and better-known author.

In short, because of who he plagiarized from and what he took, Ben was able to plagiarize with relative immunity, at least until Celia cooked up a revenge scheme involving murder and planted evidence. This part is actually fairly realistic, at least in terms of the plagiarism.

In the end though, the plagiarism was really nothing more than the motivation for an elaborate attempt at revenge. While there are interesting elements to the plagiarism, those seem to be more accidental than intentional.

Rather than a deep exploration of why people plagiarize and the impact it can have, the show took a more two-dimensional perspective on it and missed out on opportunities to explore it more.

While the plagiarism on the show may not be particularly deep, it does take on a new dimension when you remember that Instinct, just three months earlier, was facing allegations of plagiarism of its own.

However, Instinct‘s plagiarism wasn’t just the taking of ideas. The show took phrases, characters, specific plot points, images and more from Bones. In short, what Instinct did in episode 3 was, in many ways, worse than what Ben is accused of doing in episode 10.

But yet, episode 10 paints Ben as an evil, narcissistic character who is an unsympathetic target for revenge by Celia. Though Celia is treated as a criminal, she’s painted in a very favorable light. Not only is she someone who wronged and is dying of cancer, but she gets away in the end.

Ben may be a victim but he’s also a villain. That raises serious questions about how the show sees itself.

Since the entire first season was, almost certainly, written and shot at the same time, it’s unlikely that this commentary was in any way intentional. This is especially true since the two episodes were written by different authors.

Still, it’s very interesting that a TV series closely associated with flagrant plagiarism not only had a plagiarist character, but one that was portrayed as a narcissistic villain who got a taste of well-earned revenge.

It’s an interesting swing to say the least.