However, many in that online fanbase noticed something amiss. According to multiple tweets, the show, entitled Secrets and Lies (Season 1, Episode 3) shared several similarities with an October 2009 episode of the show Bones entitled The Plain in the Prodigy (Season 5, Episode 3).

The fervor got so heated that Michael Rauch, the creator of Instinct and its showrunner, responded via Twitter saying the following:

Yeah, heard about this. Very distressing and 100% unintentional. Looking into it and how to make sure it doesn’t happen again. And of course apologies to Bones (and their fans). Thanks for the heads up. @HartHanson https://t.co/1ZkgOLQfwc

So, what exactly happened? Just how similar are the two episodes? And could there be another explanation? I decided to sit down and watch the episodes back-to-back to find out.

A Tale of Two Victims 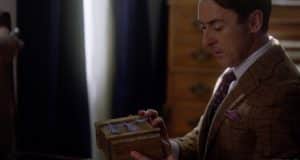 The similarities between the two episodes dealt exclusively with the backstories to their respective victims.

In both cases, the victim was an Amish or Amish-like teenager who traveled to a nearby city to pursue his forbidden passion for playing piano only to be murdered while staying there.

While the overarching story isn’t particularly egregious the devil, in this case, is in the details. 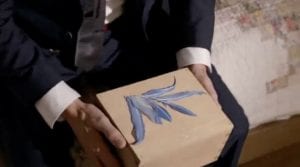 Consider the following (incomplete) list of details the two episodes have in common:

As impressive as this list is, it’s still incomplete. There were many more examples of similar phrasing, repeated scenes and character similarities between the two.

However, for all of the similarities, there was also a pretty significant difference: The procedural part of the show.

Who killed the victim along with the why and how are totally different between the two stories. While the two episodes share the same backstory for the victim, there is no similarity in what happened to them. It’s almost as if we’re watching two alternate universes centered around the same deceased character.

Still, when looking at that backstory, this level of detail and similarity goes well beyond coincidence and/or common tropes shared by procedural shows.

The fans are right: Something is amiss. The question is what. 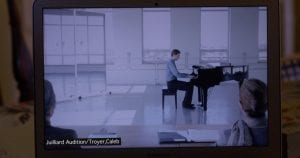 One theory that’s been put forth is that the similarities can be explained by cryptomnesia.

Cryptomnesia is where one believes that an idea or a creation is their own but they actually received it from out an outside source. Basically, it’s a misattribution of one’s own memory and it’s widely believed that everyone makes small plagiarism mistakes due to it.

One of the best-known examples of this was Helen Keller, who, in her youth, was accused of plagiarizing a short story. Though Keller denied reading the original story or owning a copy, it was later found at a friend’s house and had likely been read to her. She would later say that the incident kept her from writing fiction again. 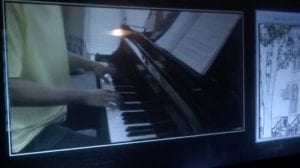 While research into cryptomnesia has been able to replicate it in a lab setting, the focus has been on short ideas, thoughts or jokes. While there’s a great deal not understood about cryptomnesia, it doesn’t typically make itself known as a full-fledged character backstory with a great deal of detail.

For example, if the two episodes shared just the Amish character and the practice keyboard, cryptomnesia might be plausible. But the sheer amount of tiny details and overlapping dialogue make it difficult to believe someone would remember it all, let alone misattribute it to themselves.

That, in turn, puts the focus on the episode’s author.

The author of the episode of Instinct, Christopher Ambrose, has a 17-year history of writing and producing crime procedurals for television. Among his credits is producing or co-producing some 36 episodes of Bones, 4 of which he also wrote.

Ambrose didn’t work on The Pain in the Prodigy (at least according to IMDB) nor did he work on any that season of Bones, but it stands to reason he was familiar with the episode.

But here too there’s something strange. Unless new details emerge following this incident, Ambrose’s work up to this point has been stellar. He has written and/or produced for several of the most popular crime procedurals on television including Law & Order, NCIS: New Orleans and Judging Amy. There have been no other allegations of plagiarism or impropriety against him.

Why would someone with such a long, successful career suddenly start plagiarizing in such an egregious way? It doesn’t make sense. While there have certainly been plagiarists who didn’t start until late in their career, such as Canadian poet Pierre DesRuisseaux, but such stories are rare and usually involve some significant shift, such as a major illness. Without some shift, there’s no reason for Ambrose to suddenly risk his career so recklessly.

Indeed, the best argument that this is cryptomnesia is how blatant it is. There’s simply no way these overlaps weren’t going to be noticed. To take so much from one of the most popular crime procedurals in recent years was virtually guaranteeing it would be caught.

Either way, there’s a much bigger question that needs to be answered: How did this happen at all.

However, the question of who is responsible for the plagiarism is, in the end, a red herring.

While it could be cryptomnesia, it could be Ambrose or it could be an uncredited third party who worked on the script, that’s not really the point.

The point is that, somehow, this flagrant copying made it to air.

Between the first drafts of the script to airing, the work must have passed through hundreds, if not over a thousand sets of hands hands. Between editors, a legal team, actors, production team members, editors, set/prop designers and everyone else who plays a part in a TV show, countless eyes should have been upon it.

While it’s unreasonable to expect any one person to have made the connection, the fact that no one seems to have is mind boggling, especially since the two works are in the same genre.

This represents a much more systemic problem than one case of plagiarism.

Usually when cases of plagiarism like this come up in television or film, they’re quashed before the script is green-lit. The fact that this script, with so many obvious and detailed overlaps, not only was green-lit but made it through production and editing reach to air mind-boggling.

This raises serious questions about the entirety of the show’s production process and the two unaired episodes that are finished. These are questions that Michael Rauch has to answer but it’s unlikely he’ll be able to do so before Sunday.

No matter how it happened, this plagiarism story is an anomaly. Whether it was an incredibly improbable case of cryptomnesia, an author suddenly engaging in flagrant plagiarism after 17 years of good work or an uncredited third party, something odd happened.

Whatever happened then defied the odds again by making it through the entire vetting, production and editing process to reach air. What was obvious to even casual fans of Bones was completely missed by the hundreds of people who worked on the show.

Though Rauch’s tweet is an admission that something went wrong, it leaves more questions than it gives answers.

How did the plagiarism happen? What specific steps is he going to take to ensure it never happens again? What about the episodes already finished? What is the future of this episode?

Fans are still tweeting and posting on Facebook about their outrage. However, it remains to be seen if that outrage will result in any meaningful impact on the ratings.

In the end, the only thing that’s clear is that Instinct copied from Bones and, regardless of how it happened or who is responsible for the original plagiarism, it raises questions about the whole show and its process for getting ideas on screen.

This should have been an easy plagiarism to detect and stop, but it wasn’t. The checks and balances didn’t work and that is far more worrisome to me than the idea of crytomnesia or a plagiarist author.

That represents a systemic failure, not just an individual one, and that is a sign that something significant needs to change. And fast.