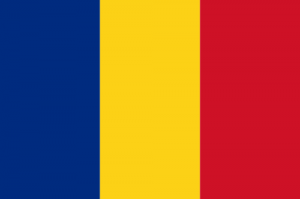 “What the heck is going on in Romania?” an email asked of me recently.

If you follow plagiarism news, you’ve probably heard at least a little bit about the news stories, including news that not one but two education ministers have been forced to resign over plagiarism allegations and now the Prime Minister faces similar allegations.

All of this for a government not even three months old.

But it seems crazy that there would be so much bad plagiarism news in such a short period of time in such a relatively small country. This raises a slew of questions such as “Is there a systemic problem in Romania?”, “Are these allegations politically motivated?” and “What can be done to prevent future scandals?”

These aren’t easy questions and, to be honest, I haven’t been writing much about the scandal because I don’t speak Romanian (thus I can’t do an independent evaluation) nor do I know much about Romanian culture or history. I’m outside of my depths with these scandals.

However, they are still worth taking a look at as they might provide clues for how plagiarism scandals unfold in countries all over the world and what might be next for the country. 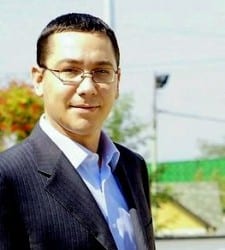 In late April, the Romanian government collapsed following a vote of no confidence. The sitting Prime Minister, Mihai Razvan Ungureanu, who had been in office less than 4 months, was ousted and replaced with Victor Ponta, who was tasked with forming a new government.

One of the tasks he was charged with was appointing ministers for the various functions, including the ill-fated education minister post, where much of the scandal started.

However, things got worse for Ponta as, in mid-June, allegations began to surface that he too had plagiarized, in his case it was his doctoral thesis in question. Ponta initially denied the allegations but later said that he “did not list authors at the bottom of each page, but put them in the bibliography at the end.”

But it appears that Romania’s National Council for Certification of Titles, Diplomas and University Certificates (CNATDCU) disagrees with Ponta’s evalution, finding that some 85 pages of the dissertation were copied without attribution and recommending that his doctorate be revoked.

Though it may be of little comfort to Ponta, he is in good company with European politicians as both Germany and Hungary have had high-ranking politicians embattled and resign over plagiarism allegations in the last two years.

But why so many scandals in Romania and are they a sign of something larger? To answer that we have to look at Romania’s history.

From Communism to Capitalism

Romania, like any country, has both a complex and intricate history that is difficult to summarize in a few paragraphs. So it is at the risk of radical oversimplification that we have to talk about it in such broad strokes.

However, between 1947 and 1989, Romania was a communist nation with a regime that was often times brutal in nature. Though this initially began with occupying Soviet forces, the communist regime continued long after the withdrawal of Soviet troops in the 1950s. Though Romania was somewhat iconoclastic among Warsaw Pact nations, including being the only nation in the pact to oppose several Soviet policies, there were still many tight restrictions on commerce and education.

That changed in 1989 when a revolutions led to the overthrow of the Communist regime and its unpopular leader Nicolae Ceauşescu. After a period of turmoil and mass protests, a new Parliament was elected and a new constitution was drafted. As part of those reforms, Romania began to rapidly embrace a free market economy.

This change prompted many who where elites in the pre-revolution or immediate post-revolution society to scramble to find ways to entrench their position. This included exploiting their control of the media and, in some cases at least, seeking out new degrees to improve their qualifications.

It became fashionable for the wealthy and the powerful to hold masters and doctorate degrees. This prompted a sharp rise in for-profit Universities that many felt had poor qualifications and would turn a blind eye to cheating or poor work.

It is in these post-revolution schools that much of the alleged plagiarism took place, in dissertations, research projects and papers submitted to these schools.

However, while cheating and academic dishonesty are often seen as epidemic in Romania, it is also a country with deep political divides and ongoing power struggles, as highlighted by the fact that Romania has had two PMs in less than six months.

So are the scandals caused by those political currents or are they symptomatic of a culture of academic dishonesty? The truth, as the historian John Green says, defies simplicity.

When politics and plagiarism meet, politics are always a factor. Even if the allegations of plagiarism are probably justified, political motivations are usually why people went looking for plagiarism in the first place and it’s no coincidence that most of the allegations against Ponta and his ministers comes from his political opponents, in particular supporters of the country’s President Traian Băsescu.

But politics clearly aren’t the only factor. If the CNATDCU report is to be believed, 85 pages is a lot to copy verbatim and without attribution and the allegations against the two education ministers, though still under review, seemed to stick well enough to force their resignations.

Plagiarism is a tool used by political opponents, like looking for inconsistent voting records or trying to discover personal indiscretions, but that doesn’t mean the opponents are wrong when they find them, it just means the claims have to be treated with mistrust until proved to be true.

In this case, though I’m not qualified to speak on the matter for the reasons listed above, if the reports are to be trusted, there seems to be more than adequate evidence of academic dishonesty.

But what about Romania at large? Well, the scandals could just be bad fortune, three high-ranking politicians all bit by the same plagiarism bug, it might not be symptomatic of a wider problem.

However, Romania’s struggles with academic dishonesty are well documented. The country has a serious problem cheating in schools and the problem seems to start young and continue through college.

Now those struggles are on the international stage, meaning the reputation of Romanian schools and universities have taken a hit across the globe. While that might help motivate reforms in the country that can have an impact, that reputation is going to linger.

In short, even if Romania isn’t a haven for plagiarists or is able to reform its problems quickly, it will likely be known as one for a long, long time to come.

Romania is very much a country in transition. To go from a brutal communist regime to EU member in less than 30 years is impressive but with such rapid change comes a challenges, including with education. Sadly, some of those challenges seem to be catching up with its politicians and the nation as a whole.

What’s going on in Romania is a combination of politics, an education system with serious dishonesty issues, yes, personal honesty issues on part of the politicians involved. There are no easy answers, but there are a lot of challenges both politically and educationally for the country ahead.

If Romania takes these scandals as an opportunity to reevaluate its educational system and reform it, some good could come out of these scandals. If not, it will be both a major blow to the country’s academic reputation and a missed opportunity.