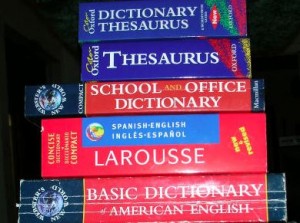 It’s a quote that’s nearly as famous as the word plagiarism itself: “To steal ideas from one person is plagiarism; to steal from many is research.”

The quote is routinely attributed to the comedian Steven Wright but it actually appears to originate earlier than that, going back to the 1930s where it was likely first said by Wilson Mizner. In fact, it’s unclear if Wright ever said the line at all, perhaps leading a somewhat fitting case of misattribution.

However, it’s a quote that has made its mark on the plagiarism landscape. Plagiarists routinely use the quote, often jokingly, to justify plagiarism and excuse their actions. Some high school students have even attempted to use the quote as a defense in a formal disciplinary hearing.

Unfortunately for whoever said that quote, stealing from many is not research nor is it anything close. In fact, the entire argument is so outlandish that it’s almost impossible to debate, however, I’m going to give it my best shot and hope that the point gets across to anyone who seriously believes in the philosophy of this, most likely tongue-in-cheek, quote.

The generally accepted definition of plagiarism is:

The unauthorized use or close imitation of the language and thoughts of another author and the representation of them as one’s own original work.

While the definition certainly has its problems, including that in some settings even authorized unattributed use can be considered plagiarism, it largely works for the purpose of this discussion.

In that regard, plagiarism is like almost any crime. If you break into one house, it’s a burglarly, if you break into five, it’s five counts of burglary. The same holds true for just about any other legal or ethical misstep. You don’t cheat on your wife once and have it be adultery but repeat it five times and have it become something else.

Of course, many will argue that there comes a point where you take from so many others that an entirely new work is created, one that is unrecognizable as any of the originals.

While this might be theoretically true, it requires a great deal of work. Modern plagiarism detection tools make it easy to pull out dozens of non-cited sources in a single work and rewriting content so that it is completely undetectable requires changing every third word or more.

By the time one is done creating such a Frankenstein “masterpiece”, it would have been many times easier just to create an actual work of research and not trying to cheat.

But even if you were able to do that, it most likely won’t pass as a work of research, just because of the nature of research itself.

What is Research Anyway?

Research is not merely the turning in a factual paper, research is a process and a system, one summarized by this definition:

Diligent and systematic inquiry or investigation into a subject in order to discover or revise facts, theories, applications.

In short, research is about the investigation and the finding of information, not just about presenting and reciting it To do that in a paper, or any other format, you have to be able to show where you go the information from and that, in turn, means showing your sources.

So even if you could create a completely new and original work by plagiarizing and rewriting from so many sources, it still would not be “research” as the quote implies. Instead, it would merely be a repeating of facts (or believed facts).

That, in turn, is almost completely useless in an academic environment.

In the end, simply “borrowing” ideas and content from multiple sources does not make it any less of a plagiarism and, even if it did, it certainly doesn’t make it research.

Of course, most people know that this quote is meant to be a joke and usually it’s said a bit tongue in cheek. However, that hasn’t stopped some plagiarists from clinging to it, both as a defense and, sadly, as guidance for how to act.

So, even if this quote isn’t normally used completely seriously, it’s still worth addressing the myth it seems to perpetuate, even if only to shoot it down for the handful who actually believe it.