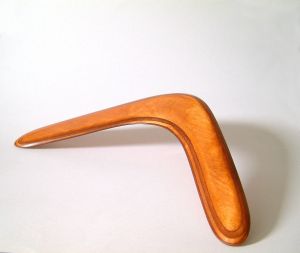 I’ve talked a great deal on this site about how to use the DMCA takedown process to remove plagiarism and other infringements from Web sites when absolutely necessary. However, there is a second, rarely used part of the DMCA process that is equally vital and important to understand.

The counter-notice provision is designed to act as a balance to the power that the takedown process gives copyright holders. It serves as a buffer against the damage caused by false takedown notices and discourages abuse of the process, while giving those who are subject to a DMCA notice a means to have removed works restored.

However, as with the actual takedown process, it is a system that is, on occasion, abused, used to restore access to knowingly infringing materials. Still, the process is vital to the notice-and-takedown system and one that every DMCA filer should be aware of and understand before sending off their notice.

Because, while counter-notices are exceptionally rare, especially when dealing with true and accurate takedowns, they do happen and are a very real possibility.

Under the DMCA, if a copyright holder swears under the penalty of perjury (among other statements) that they are the copyright holder and that a work is infringing on their copyrights, the host of the content (or a search engine if applicable) have to disable access to the work to avoid liability.

A counter-notice works in the reverse. The subject of the DMCA notice makes similar statements claiming that the work is not an infringement, either that they hold the rights to it or their use of it is legal (fair use, licensed, etc.) and that the original notice was filed in error.

2. What Is Required to File a Counter-Notice?

The law sets up very strict guidelines for what is required in a DMCA counter-notice and they include the following:

Much of this language is ripped directly from the notice provision but the important addition in the inclusion of jurisdiction for the matter, which is always a U.S. Federal court, even if the subject of the DMCA notice is located outside of the country.

3. What Happens Once a Counter-Notice is Filed?

A host then passes along the counter-notice to the person who filed the original notice. The works remain offline for 10 business days, after which, if no additional action has been taken by the filer, the works can be restored.

The copyright holder can petition the court for an injunction to prevent the restoration of the original works, but if it is not obtained within the time allotted, the works are restored to the site.

4. What Can Copyright Holders Do After a Counter-Notice Has Been Filed

As mentioned above, the copyright holder can seek an injunction in court to prevent the restoration of the work. However, such injunctions usually involve a great deal of time and expense. Furthermore, since the individual involved can simply switch hosts to get around the injunction, they often are not worthwhile.

The only practical response to a counter-notice is, usually, to file a lawsuit and litigate the matter. However, lawsuits are not always practical unfortunately though the act of filing a counter-notice may open up the defendant to additional damages.

However, that is a matter to discuss with an attorney.

5. How Common Are Counter-Notices?

In cases where the original notice was clearly valid, very rare. Having filed hundreds of DMCA notices over the years, I have seen only two, but I have also always been careful to only file in clear-cut cases. Both times I saw counter-notices involved situations where the infringer had a grudge against the copyright holder and other litigation was ongoing or being filed.

Counter-notices are also, unfortunately, rare in cases of false DMCA notices but are becoming more common in those cases.

6. Why Are Counter-Notices Rare?

Simply put most infringers (as well as most legitimate users) aren’t invested enough in their uploads to invest the energy to learn how to file a counter-notice or take the legal risk in filing one. It is easier and faster to just remove the work and be done.

Furthermore, most people who are subject to a DMCA takedown are unaware of the opportunity to file a counter-notice and many hosts do a very poor job of explaining the process.

Finally, in cases where the subject of the notice does wish to restore access to the work, it is usually easier and faster to just move to a new host than it is to file a counter-notice, especially in cases of individual files.

In short, there is rarely motivation to restore the file and, when there is, there are easier ways to do so.

7. Should I File a Counter-Notice?

If you have a false DMCA notice filed against you, either on accident or maliciously, you probably do wish to file a counter-notice, after consulting with an attorney if at all possible.

The reason is that the DMCA requires hosts to ban repeat infringers from using their service and, if you do not file a counter-notice, the takedown counts as a “strike” against you and you can be banned even though you are not infringing.

If you wish to keep using your host, it is best to file a counter-notice, even if you do not wish to keep the file online.

The counter-notice process within the DMCA is just as important and as valuable as the actual takedown process. However, it is also just as prone to abuse.

Though it very rarely occurs. a counter-notice can put a copyright holder in a very bad position if misused, forcing them to choose between either leaving the works online or filing an expensive and time-consuming lawsuit that is unlikely to resolve the matter.

Fortunately though, those situations are extremely rare for many different reasons but it is still a possibility to consider when filing a takedown notice.

In the end, it is important to understand the full DMCA notice-and-takedown process and not view the process as just a simple way to remove work. The DMCA carves out an entire process that gives both sides of the dispute a set of rights, rights that you need to be aware of.