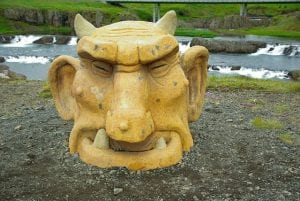 Earlier this month, Ashley Cullins at The Hollywood Reporter Esquire published a piece entitled “Has This Man Sued You? A ‘Copyright Troll’ Takes on Hollywood“.

The story focuses on New York attorney Richard Liebowitz, who has found a niche in helping photographers sue those who use their images without a license.

Liebowitz, a photographer himself, has filed hundreds of lawsuits on behalf of more than 350 photographers. The most common target of those lawsuits is media companies such as CBS, Vice, Yahoo and more.

But, as the headline shows, his aggressively litigious nature has not endeared him to everyone. The “Copyright Troll” part of that headline was taken from Judge Denise Cote, a judge in the United States District Court for the Southern District of New York in a ruling on a motion for fees.

The full quote, according to the original article, is “Plaintiff’s counsel, Richard Liebowitz, is a known copyright ‘troll,’ filing over 500 cases in this district alone in the past twenty-four months.”

But while Liebowitz’ tactics are understandably controversial, is he really a “copyright troll”?

While I’m not a lawyer and certainly not a judge, he doesn’t seem to fit the definition of the word as I know it. Given that judges are using this word as a pejorative and as a basis to make legal decisions, it’s worth taking a moment to think about the question: Who is and is not a copyright troll? 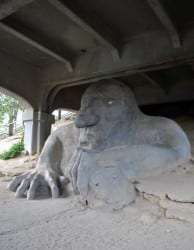 Back in April 2013, I wrote a post entitle “Why I Don’t Support Copyright ‘Trolls’“. The article looked at why the practice of copyright trolling is bad not just the victims of the practice, but for other creators and rightsholders.

In the article, I established a three-part test of who is or is not a copyright troll based upon Wikipedia’s definition of the term. The three elements were:

(Note: For this article I’ve added “and is not the creator of the work” to the third as it better mirrors the Wikipedia definition)

Looking at Liebowitz’ case, there’s no doubt that he meets the second qualification and is an extremely aggressive litigator. Likewise, whether or not the litigation is an attempt at profit is speculation. However, Liebowitz has always maintained that he is doing it for the photographers to push companies into obtaining licenses, not for direct profit.

But even if one does concede the first point, there’s no reasonable way to say Liebowitz meets the third. The photographers he represents are professionals who earn a living licensing their works.

The problem that Liebowitz (and attorneys like him) are attempting to crack isn’t “How to profit from infringement?” but “How to stem the massive amount of infringement taking place?”

For photographers this has been particularly vexing as websites and media companies, including many that could easily afford to pay license fees, often take and use photos without permission. Whether it’s out of error, ignorance, expediency or a desire to cut financial corners, the problem is so widespread that a 2016 survey by Pixsy found that some 64% of professional photographers had discovered their work being stolen.

While there’s certainly a debate to be had about whether mass litigation is the best solution for this problem (the RIAA had to stop its mass-litigation of suspected internet pirates in 2008), it’s not a copyright troll operation. Rather, it’s a cry of desperation from a group of creators that have struggled to fight infringement online with the tools available. 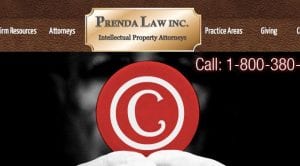 None of this is to say that copyright trolls don’t exist. They certainly do.

However, they haven’t made many headlines in recent years as the two biggest names went under in dramatic fashion over five years ago.

Obviously these are just very brief run throughs of their stories but the pattern is clear in both. A company attempts some kind of trickery (legal or otherwise) to target suspected infringers for litigation with the hopes of making a profit directly from the litigation rather than from the work itself. They flame out quickly and, along the way, often generate case law that is potentially dangerous for other rightsholders, such as the fair use ruling against Righthaven that was vacated on appeal.

Liebowitz, as well as the mid-2000s RIAA, don’t fit that mold. They are both representing legitimate rightsholders who have a different primary business. While they can be described as aggressive litigants, copyright trolls they are not.

How to Really End Mass Litigation

But, even if Liebowitz is not a copyright roll, many would argue that his approach carries with it many of the same risks and problems as a copyright troll operation. While litigation in general was never intended to be used en masse, copyright litigation is even less friendly to it.

The reason is that copyright litigation is infamously slow and expensive. That’s because a copyright infringement lawsuit must be filed in a federal court, which is typically slower and more expensive than state court, and requires a large number of hours from a specialized attorney.

Because of this, copyright law not only, in many cases, grants victors attorneys fees but eye-poppingly high damages, up to $150,000 for a single infringement.

Copyright litigation was meant to be used rarely and only in extreme cases. By in large, that’s how it has been used. In 2017 only around 3,500 copyright lawsuits were filed. While that’s down from the previous two years, it’s still a significant increase from the 2,000 in 2010.

But, while that may seem like a lot, it only represents a fraction of a percentage of all of the commercially-harmful infringement that takes place online.

When attorneys or rightsholders such as Liebowitz file hundreds of lawsuits, they aren’t using litigation as it’s intended. However, they are using the only tools that they have available as, right now, litigation and threats of litigation are the only options creators have to recover damages from the massive amounts of relatively low-value infringement taking place.

This has led to a push for a copyright small claims court. Currently such a system is being discussed before Congress in the form of the Copyright Alternative in Small-Claims Enforcement (CASE) Act.

The act would have the U.S. Copyright Office oversee a small claims program (or Small Claims Board). While defendants could opt out of it, doing so would risk exposing them to far more significant damages than the maximum $15,000 that could be heard by the court.

The small claims court would require fewer hours and would avoid travel by having all hearings be held remotely. Also, litigants could either represent themselves or be represented by a law student if they chose. However, even if one does opt to hire a lawyer, the cost would still be greatly reduced.

Earlier this week the House Judiciary Committee completed markup of the Music Modernization Act, a bill aimed at reforming music licensing. The CASE Act is widely expected to be next.

While the CASE Act isn’t perfect, it would give Liebowitz and the people he represents a much better tool for fighting widespread infringement with lower damage amounts. It would also give a legal remedy to creators that have none now, whether it’s because they can’t afford the legal process or because the likely damages are too low.

It’s a rare case where a bill is a win-win for both plaintiffs and defendants and may actually offer a real solution to mass litigation, such as what Liebowitz is doing.

Liebowitz isn’t a copyright troll. He’s a lawyer representing working clients using the tools available to him in what he feels is the best way. While you can disagree about the approach, to call him a copyright troll is unfair.

That being said, mass litigation doesn’t make anyone happy. It overtaxes the courts resources, is extremely expensive and, even when done legitimately, can feel like extortion.

To prevent or reduce mass litigation, we need to offer practical alternatives to it. Right now, if a photographer or artist wants damanges from their work being infringed, federal court is the only tool available. This escalates low-value infringements into extremely expensive legal battles.

The CASE Act can help fix this and, along the way, open up access to legal recourses to countless creators for whom it simply isn’t practical today.

Liebowitz isn’t the problem, at worst he’s a symptom. But the problem he’s’ a symptom of is one that we have a very good shot at addressing right now.