For about a month, Flickr has offered a program Wall Art, where users can order large, commercial-quality prints and photo books of either their own photos or images from a curated collection provided by Flickr.

Though relatively new, Flickr has been quickly ramping up the product. On the fifteenth they announced that they were shipping globally and launching a 40% off sale for the holidays.

However, another move made shortly after that has angered a lot of their users and caused many to question the logic of their decision. That decision was to add Creative Commons images that allowed commercial reuse to the curated gallery, making them available for sale automatically, without a commission being paid to the photographer.

While the move seems to be legally sound for Flickr, the backlash from its community seems to raise the question of whether it was worthwhile or not. It’s also raised a serious conversation about Creative Commons, its intent and the rules within the community.

To understand it all, we first have to look at Creative Commons and how Flickr’s Wall Art project fits in. 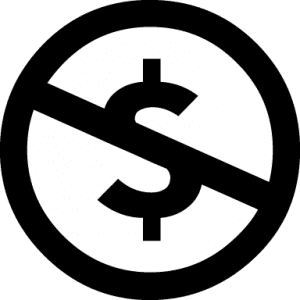 Creative Commons is a series of licenses applied by a creator or rightsholder to a work indicating, in a blanket agreement, that they grant permission for certain uses of a work. Though all of the main CC licenses require attribution, they can allow or disallow other items such as derivative works and, most relevant here, commercial use.

Flick has long been a haven for photographers wanting to license their work under CC licenses, since before 2005. It was one of the first photo sharing sites to adopt CC licenses as an alternative and by far one of the largest photo collections.

To be clear, Creative Commons is popular on Flickr but it is not the default setting. All rights reserved, or regular copyright is. As such, the photographers who are involved in this actively chose to upload their photos to Flickr and to place them under a Creative Commons License that allowed commercial reuse.

As such, Flickr is probably well in the clear legally on this front. Since its prints provide attribution in the form of a sticker, it meets the requirements of the license (though there might be some issues if it can be easily peeled off). Flickr, in essence is only doing what its users gave everyone, including them, permission to do.

While there are still some potential legal issues, including photos that contain other copyrighted works or photos of people where publicity rights could be an issue, as far as the copyright between the photographer and Flickr goes, Flickr is more or less in the clear.

So why the backlash? There’s no easy answer to that question but it seems to boil down to a simple issue: This wasn’t the type of commercial use the photographers had envisioned.

O’Keefe is completely right that Flickr is, primarily, a community of photographers and the move is extremely one-sided, drawing benefit from the photographer while giving nothing back, not even a royalty or a free pro account. This makes the move good for Flickr, but bad for the Flickr community.

But this move is not only tone deaf within the Flickr community, but within the Creative Commons community as well.

Creative Commons has its origins in the remix culture and the idea that permissive copyright licenses allow for the creation of new and exciting works. At the very least, Creative Commons arrangements are meant to be symbiotic, one where both the user and the creator benefit.

However, as stated above, these prints have no benefit for the creator. They won’t result in much additional exposure, there is no revenue flowing to them and the photographer might not even be aware of the use.

In short, where Creative Commons is about creators and reusers working together to their mutual benefit, Flickr’s latest move is solely about their benefit and padding their bottom line.

There are many situations where a commercial use of a work can be mutually beneficial. Commercially releasing a remix can help the original artist find a new audience. Using an attributed photo in a textbook can help build a photographer’s portfolio and so forth.

Whether these trade offs are worthwhile is up to each individual creator. However, it’s pretty clear that there’s not much way Flickr’s latest push is of mutual benefit.

In the end, the effect that this is most likely to have is to discourage the use of Creative Commons Licenses, in particular commercial licenses, altogether. While this type of outright sale of a Creative Commons work has long been legal, it’s rarely been done for a variety of reasons.

To be fair, those who are upset and licensed their photos under commercial Creative Commons Licenses need to take some of the blame. It was their decision to license their works so openly and this type of behavior has always been legal.

If you are upset about this, the best thing to do is either set your photos to private or change your licenses to disallow commercial use. It should only take a few moments. That will remove your images from the search that Flickr uses to find appropriate images and prevent it from being printed and sold.

But while completely legally sound, this exploitation of Creative Commons work is bad for both Flickr and the greater Creative Commons mission. When it’s all said and done, both will most likely be worse for the experiment.