On Friday, Google announced that it would begin weighing copyright notices in its algorithm to determine how sites rank for searches. This move has been strongly welcomed by some, where it has been called an “Important step in the right direction” and met with severe skepticism from others, who have said that Google’s opaque policies “undermine our confidence in its search results.”

With all of this back and forth, we need to take a step back and understand both what is happening and why. Though we don’t have a lot of details on the new penalty, we need to take a look at what we do know and make reasonable determinations about what the likely outcomes are.

After all, as with most shifts in the copyright landscape, a lot of the details are being lost to rhetoric, excitement and fear. There’s a tendency to blow both risks and potential gains out of proportion and a need to step back and think about things calmly.

With that in mind, here’s a quick look at what the upcoming “Pirate Penalty” is, what it may mean and how it might impact you, your site and your enforcement of your work.

The Basics of the Pirate Penalty 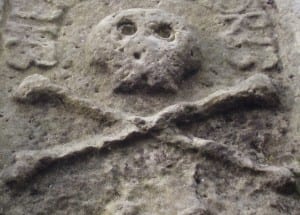 Under the Digital Millennium Copyright Act (DMCA), Google is obligated to remove links from its search index if copyright holders file a valid DMCA notice reporting such URLs as infringing. Google, according to its transparency report, removes millions of URLs every month for that reason.

However, traditionally, Google has removed the infringing URL and done nothing else. This means that the rest of the site is unaffected and will rank in Google the same as if there were no copyright notices filed at all.

This upset many copyright holders, who accused Google of turning a blind eye to piracy and even profitting from it. However, traditionally, Google responded saying that there was no effective way to penalize “pirate” sites as only the copyright holder knew which site were and were not authorized.

But about two years ago, Google revamped its DMCA process to improve automation and record keeping. Now, most notices either come from the site’s webform or from a backend used by larger copyright holders. This enabled Google to keep better track of the sites that were attracting the most copyright complaints and, according to Google, it’s now ready to factor in that information into the search results.

But how it will factor in remains a bit of a mystery. Google has stated that it will not remove domains from its index because of this penalty (meaning that they will remain searchable), but that they will be pushed down in the results in favor of legitimate sites.

Google will do this by factoring in the number of “valid” search copyright notices a site gets. In this case, “valid” simply means notices that were not contested with a counter-notice. Initially, it was reported that notices sent to other Google properties, including YouTube, would not be factored but there seems to be some statements to the contrary, making that less clear. It remains to be seen if only Google Search DMCA notices will be factored or if others will be too.

Despite the uncertainties, major copyright holders such as the MPAA and the RIAA are applauding this move while others are concerned about the potential for false positives, both accidental and abusive, and about favoritism for Google sites, in particular YouTube.

Speaking of YouTube, as mentioned above Google is saying it will factor in YouTube notices into the system, meaning that YouTube could, theoretically, be hit harder than other sites. However, Google has said that there is protection built in to ensure that legitimate sites that receive a large volume of search DMCA notices, such as Facebook, IMDB, Twitter, etc. will not be penalized.

In the end, it remains to be seen how this penalty will play out and what sites will be effected, but it’s clear that there will be many out there watching to find out.

The Sites At Risk

According to Google’s transparency report, most of teh sites at the top of the copyright notice pile are file sharing sites. This list includes cyberlockers with files for download, search sites widely used to find infringing material, Bittorrent sites and community sites for swapping files. There are very few blogs, legitimate forums or other non-piracy oriented sites on the list.

While this means that legitimate sites that don’t specialize in pirated content aren’t likely to get bit, it also means spam blogs and plagiarist sites and nefarious content farms are not on the list either. However, they are typically addressed and filtered out by other methods.

In short, the sites most at risk are the ones that are in the crosshairs of the major copyright holders as they are the ones sending off the most DMCA notices and racking up the most “points” against the domains they’re dealing with.

Still, this isn’t necessarily a guarantee that more notices equals greater penalty. Google also tracks how many of the total URLs have been reported and all of the sites at the top of the list have had less than 5% of their URLs involved, most less than 1%.

Depending on how Google approaches this penalty, it may be possible for a site with fewer URLs involved but a higher percentage to receive a stiffer penalty.

Many people are going to wonder if they should consider changing their DMCA process in response to this. I’ve been adamant over the years about using Google only as a last resort for a variety of reasons but this penalty may entice some to try it earlier on.

However, the reasons I gave for waiting on Google still make sense. It’s still better to get an infringing site shut down than to simply remove it from the search. Though Google is faster and more responsive than it once was and this new penalty gives DMCA notices to it more weight, the problem is that one notice isn’t likely to trigger any kind of penalty.

In short, if you’re just reporting a few URLs on a site, there’s no reason to believe that Google is going to penalize it in any meaningful way. In short, not much changes outside of sites with a very large number of notices.

The main thing this move does is give extra weight to Google DMCA notices that are sent against sites that already have a lot of other notices filed against them, in particular uncooperative sites that don’t remove infringing content when asked.

On the other side of the coin, many are worried about this penalty negatively impacting their site. The fear comes both from a variety of sources, including legitimate complaints against user-generated content sites, false positives and malicious SEO attacks.

However, the impact of such an attack would likely be small as Google appears to be targeting sites with a very large number of DMCA notices. A handful of notices likely won’t have much impact at all though, obviously, this is yet to be known for certain.

Also, though negative SEO attacks are common, there are more effective ways to hurt someone’s search engine ranking without the legal risk of filing a knowingly false DMCA notice. The fears are understandable, but from a practical standpoint they are likely misplaced.

Though I don’t doubt some will try to abuse the system, it will likely not be widespread or very effective.

The main things legitimate site owners should be doing now are adding a DMCA agent if they accept content from third parties (as well as putting that information clearly on their site) and signing up for Google Webmaster Tools to be alerted to any notices that are filed against them and be prepared to file counter-notices as needed.

In short, make yourself the front line of defense for copyright issues and be alert to what Google is seeing with your site. However, these are both things you should be doing anyway.

In the end, we don’t really know if and how this penalty will impact the search results and what sites will be targeted. Google is being deliberately vague about the details of this penalty (as it is with most algorithm decisions) and we’ll only know what happened when we see the impacts.

That, in turn, could be some time away. Though Google said it will begin taking copyright notices into account this week, the process is likely to roll out slowly and the full result likely won’t be measurable for at least a few months.

As such, we need to be careful about jumping to conclusions early in the process as tweaks and changes are likely to take place as things go along.

All we can do now, realistically, is wait and see though I will be keeping a close eye on this penalty and be posting here as I learn more about it.