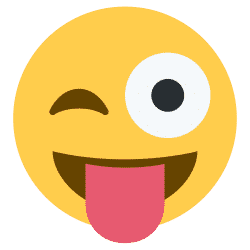 Emojis have become an integral part of the way we communicate online.

With the current emoji standard (11.0) playing host to some 1,644 characters (many with multiple variations), you can find almost anything from the standard person rolling on the floor crying to the image of a suspension railway.

Whether we use them creatively to express how we feel or in a more practical way visually describe where a bathroom is, emojis have become a language of their own.

But who owns emojis? When you send your friend that picture of a taco is someone getting a license fee? The answer is far more complicated than one might expect and actually deals heavily with the history of the art from and how they work.

A Brief History of Emoji

Though there’s examples of emojis being used as far back as the 17th century, the art form really took off with the rise of the early internet and text-based communication.

In text-only chatrooms, participants would use emojis (or emoticons as they were called) such as : – ) and : – ( to convey emotion that otherwise might not be clear. That set gradually expanded as other people began using new emojis and they caught on.

The first example of a graphical emoji came in 1999 as Japanese artist Shigetaka Kurita devoloped a series of 176 12×12 pixel images that users could send to each other via DOCOMO, a Japanese mobile carrier (seen above).

Emojis quickly exploded in popularity with other platforms making their own implementations in the early 2000s. But, while this was an exciting time for emojis, it was also chaos.

The reason was that every company and every platform had its own standard. If you sent an emoji of a laughing face on one phone it could morph into something completely different when it got to your friend on a different network or device.

In response to that problem, in 2007 (just ahead of the release of version 1.0 of Android) Google began to petition the Unicode Consortium, the nonprofit that maintains text standards and ensures compatibility across computers,  to recognize emoji.

In 2010, the Unicode Consortium did just that, formally designated 78 Unicode characters to represent Emojis in its Emoji Version 1.0.0 standard.

With standardization came much broader use. Now an iPhone user could text an emoji to an Android user and be reasonably confident they would see the same emoji. With standardization, every platform could be compatible with every other platform’s emojis.

The question now goes from “What image am I sending?” to “Where does the image come from and who created it?”

That, in turn, gets to the core copyright question when it comes to emoji. 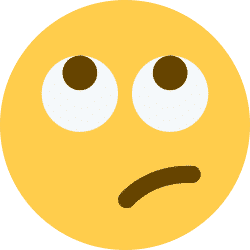 When you send an emoji, whether it’s via email, text message or social networking, you aren’t actually sending an image. Instead, you’re actually sending a Unicode code number that is translated to what the image is supposed to mean.

For example, “U+1F923” translates to the “Rolling on the floor laughing” emoji. Similarly, “U+1F994” represents “Hedgehog.” However, it’s up to the various platforms to craft their own interpretations of those emoji.

This is why emojis on Apple don’t look the same as they do on Android or Windows. It’s also why Facebook and Twitter have very different emoji sets.

This can actually cause some significant translation issues. For example, “U+1F60F” represents a “smirking face”. However, there’s a major difference between Samsung’s emoji for it:

And the Apple emoji for it:

It’s possible for an Apple user to send what they think is an emoji for something upbeat or even sexy and a Samsung user to get an emoji that represents, something sad or worrisome.

These types of subtle but important differences are legion in the emoji standard. Since every platform is responsible for choosing or creating their own emoji set, there are still clashes between platforms as to how emojis appear and what they mean.

But it’s that ability to be interpreted that has a major impact on the copyrightability of emoji. After all, emojis don’t just appear out of thin air, they are created and, as we’ve seen before, anything that is created and has a requisite level of creativity can enjoy copyright protection.

In the United States, copyright is granted to “authors of ‘original works of authorship’
that are fixed in a tangible form of expression”. Among the list of types of works that can be protected is “Pictorial, graphic, and sculptural works,” which would include emojis.

Since the bar of creativity is extremely low and emojis are definitely fixed into a tangible medium of expression, most emoji would likely qualify for copyright protection.

Now all would, to be clear. For example, “U+25FC” represents “Black medium square”, which is literally just a black square. However, most of the iconic emojis that we think of including “Smiling face with heart-eyes”, “winking face with tongue” and even “pile of poo” almost certainly have enough requisite creativity to enjoy copyright protection.

One of the things that makes this obvious is when you compare the emojis side-by-side and see the stylistic and interpretive differences between them. It’s as if one is getting multiple artists to draw their interpretations of vague concepts and, while largely getting similar results, having notable differences as well.

So, if emojis can be copyright-protected, who owns them? The answer there is the creator. Apple holds the copyright to their emoji set, Samsung to theirs, Facebook to theirs and so forth.

The implications of this are extremely interesting. Despite the near-ubiquity of emojis, you can’t simply copy an emoji you find and do whatever you want with it. For example, you can’t take an emoji from Samsung and put it on a t-shirt or use it in an advertisement. Likewise, while you’re certainly free to use the Google or Apple emoji set on their platforms, you can’t simply create a new service and copy their emojis.

Doing any of these things is the same as if you took a painting or a collection of photos and did the same. From a copyright standpoint, emojis enjoy the same protection any other visual work.

However, the practical reality seems to be a bit different. Though infringement is widespread, including commercial infringement, legal battles over emojis seem to be scarce.

But that’s not to say that it doesn’t happen. Back in February Apple began clamping down on apps in its App Store that were using their emojis without permission. This is despite the fact it had previously approved such apps.

Still, actual litigation over emoji-based copyright violations seems to be extremely rare. This is likely because emojis, while enjoying copyright protection, would have a relatively thin level as derivatives and variations would be difficult to show infringement. After all, every emoji is a derivative of their Unicode name.

Still, if you’re creating a platform, you can’t just copy Apple’s emoji set and get to work. So, what should you do? There are a few answers…

Obviously, you could simply create your own emoji set. However, with thousands of characters (not counting variants) and the constant growth of the standard, even supporting just the most basic emojis would be a monumental task that would need constant maintenance.

Most would likely be better off licensing emojis from a third party. To that end, there are a few alternatives:

One of these emoji libraries will likely meet your needs. Which depends upon the aesthetic you are going for, the license you require and which specific images you need.

Emojis are an interesting area of copyright. Though they are certainly graphical works of art that qualify for at least some degree of copyright protection, legal battles are few and far between, despite their popularity.

For the past 10 years, much of the focus with emoji has been on creating a usable standard that works around the world. With the help of the Unicode Consortium, that’s been largely achieved.

But despite that great achievement, making emojis happen still requires the work of a large number of nameless artists drawing your “Winking face” or “Smiling face with sunglasses” emojis.

They might not get the credit they deserve, but they certainly have helped make the internet a more expressive place.

Note: Both of the single Emojis above are from the Twemoji collection…