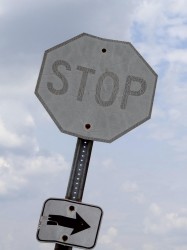 In 2014 plagiarism detection can seem like a purely technological affair. Between amazing technologies to detect text, images, audio and video copying, it seems like anyone should be able to put a work through a supercomputer and learn whether or not it’s plagiarized.

However, human intuition and instinct still play as big of a role as technology in spotting plagiarism.

Part of this is because, despite how far technology has advanced, there are still types of plagiarism that computers can’t spot. However, even in cases where plagiarism can be detected by a machine, there’s often too much content to feed everything into the available tools. As such, having a good idea on what to check can be very useful.

So what are some of the signs that a work might have a plagiarism issue? There are actually dozens of potential tip offs and we discussed three common ones in academic environments in 2011.

However, here are five potential red flags that you can look for when checking out a piece of text. Though these aren’t outright convictions of plagiarism, they might make a work worth a deeper look.

There are a lot of rules in grammar, spelling, etc. that are not universal and are hotly debated. For example, Oxford Commas, capitalization of certain words (such as “federal“) and even some spellings, such as the differences between U.S. and UK spellings, create easily spotted differences in text.

While individuals might go back and forth on such rules over their writing careers, they are less likely to do so within the same work. Inconsistent grammar rules within the same work may be a sign that the piece was copied/pasted from various sources, likely without adequate attribution.

Writing style is a big more vague than grammar rules, but most readers can pick up quickly the feel of how a piece was written. This includes whether it includes very flowery language or is very newspaper-like, keeping only essential details and conserving words.

A sudden change in writing style, especially within a piece, is often an indication that some of the text came from a different source. Likewise, a sudden shift in an author’s writing style from one piece to the next could indicate a possible plagiarism concern. This includes everything from subtle changes, such as excessively descriptive language, to more obvious ones, such as changing the perspective of the piece.

That being said, talented writers can use radically different writing styles in different pieces if the task calls for it. Likewise, all authors have their style change over time, but that is typically a gradual process.

Choosing the tone of your piece is a lot like choosing the clothes you’re going to wear in public. If you’re writing a paper for a class or for an office environment, you’re likely going to want to go with a formal tone. However, a letter to a friend or a basic blog post would like take a more casual tone.

However, plagiarists often copy and paste text from source with a very different tone. For example, copying formal text into an informal work or vice versa.

If a work seems too formal or too casual for the work, especially in patches, it’s a possible sign that the work is not wholly original. However, there are other factors that could explain it, such as a poorly crafted assignment or, as with many of these problems, individuals learning the language.

When content from an outside source is copied and pasted into a new work without attribution, it can not only cause shifts in tone, spelling and grammar, but also some very bizarre grammar mistakes.

One of the greatest challenges in stitching together work from various sources is making cohesive sentences and paragraphs out of it. This can lead to unusual run-on sentences, sentences that end abruptly, quoted passages with no indication where it came from and listing errors.

While some of this could be a sign that the author doesn’t have a solid grasp of the language or of attribution rules, it does mean that the section is worthy of a closer look. Often times these errors are well outside the ones normally made in writing, giving a clear indication that something out of the ordinary is going on.

When a work comes from one source, it is likely formatted in just one way. But when fonts, spacing, margins or other aspects change suddenly, it’s a likely sign that some of the content came from elsewhere.

These warning signs can be anything from hyperlinks left in a submitted print paper to subtle changes in paragraph spacing. In some cases, this can even work on the Web as copied text may carry with it code that doesn’t look like the rest of the site.

When a work isn’t formatted the same throughout, it’s a very clear sign that some of the work is not original. The question then becomes if it is attributed or not.

Still, if you see any of these problems in a work, it’s probably worth taking a close look to ensure that plagiarism is not an issue. Not only can these issues alert you to a problem, but to where the problem might be, pointing to passages and sections that warrant extra attention.

The alternatives, unfortunately, swing between checking absolutely everything and ignoring the potential risk. By looking for warning signs, you can strike a middle ground that will still detect most plagiarism, while keeping resources spent to a minimum.