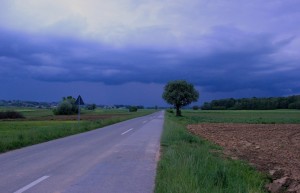 Less than a week ago, Buzzfeed fired Benny Johnson, one of the site’s most “prolific” authors after discovering that dozens of his posts contained plagiarism or attribution issues.

The allegations came to light when two anonymous Twitter users posted to a blog examples of unattributed text in Johnson’s stories. According to the allegations, Johnson had lifted text from a variety of sources, including Wikipedia and Yahoo Answers in his plagiarism, raising issues about attribution and sourcing alike.

Buzzfeed editor-in-chief Ben Smith initially stood by Johnson as the scandal broke, calling him “one of the web’s deeply original writers, as is clear from his body of work.”

However, that body of work told a different tale as Buzzfeed conducted a more thorough evaluation, finding plagiarism and attribution issues in 41 of the 500 works they looked at.

But if you think the problem is limited to Buzzfeed, a site better known for its lists and social media quizzes than hard news, think again. In May, CNN fired a Marie-Louise Gumuchian, a former new editor working from the London bureau. Gumuchian had committed plagiarism in at least 50 of her articles, possibly more.

Finally, just today, New York Times reporter Carol Vogel is accused of lifting part of her lede on a recent article from Wikipedia. While Vogel’s case isn’t a major scandal like Johnson’s or Gumuchians, unless there is a pattern of plagiarism to be discovered, it shows just how deep the problems run.

Last month, I predicted, with some controversy, that plagiarism problems in journalism would get much worse and the prediction, sadly, seems to be coming to fruition much more quickly than I expected.

But what is causing this spate of plagiarizing reporters? Is it better detection? Less ethical reporters? Or something else?

In truth, it’s a complex equation but it’s one that editors and publishers need to be aware of, before they’re faced with their own scandal like Buzzfeed or CNN.

As I said in my original post, there is a definite technology issue when it comes to these plagiarism scandals. For the public, it’s never been easier than ever to detect textual plagiarism. Google by itself makes a fine plagiarism checker though free to low-cost tools are easy to use and becoming more effective.

However, that increase in ease is compounded by the general lack of will by publications and sites to use that same technology on their own reporters and authors. Though Gumuchian was detected through a routine internal check, she had already plagiarized in 50 other articles by that point. Clearly, plagiarism checking was not as routine as CNN would like to claim.

Publishers made this choice for several reasons, most mentioned in the original article. They include not wanting to breach trust with their authors, lack of resources (time and money) to perform such checks and a desire to be first with a story at all costs.

Unfortunately, the trend of outgoing works not being checked for plagiarism landing in the hands of an increasingly-plagiarism savvy public does not bode well for dreams of a scandal-free future.

Ethics training, even at major publications, has been waning. As resources have gotten tighter, new hires may get limited training (if any) and there is little to no ongoing training.

This is particularly bad news for two reasons. First, technology is changing and reporters don’t always have a built-in knowledge on how to properly use/cite content from the Web or that is being posted online. For example, “YouTube” is not appropriate attribution for a video posted online.

Second, increasingly new writers are not coming from journalism schools. While they may have learned about plagiarism in the academic sense (something else that is often taught inadequately), they didn’t learn about it in the journalism/publishing sense.

Inexperienced reporters, changing technology and limited training sets the stage for missteps, large and small, that can become public controversies in the time it takes to send a tweet.

The Elephant in the Room

However, all of the technology and training problems may be just the tip of the spear. The much larger problem is still coming and few in the journalism field, editors, writers, freelancers, etc. want to talk about it.

It’s the issue of work load.

The problem is that these things take time. I began working on this article about an hour and a half ago and it will probably take me another hour to finish it with editing. This doesn’t account for time spent researching and developing a story before the first words hit the screen. It can easily take 3 hours total time for a blog post and that’s just for ones that aren’t heavily edited.

At some point, the only way to keep up with the demands of the job is take shortcuts. Plagiarism, fabrication and recycling are ethically dubious but effective ways to share minutes or hours off of production time. I’m fortunately free of those pressures, if I don’t finish in time I can just hold the article until tomorrow with no personal consequence, but others aren’t that lucky.

The thing is that not everyone works at the same pace. What takes me three hours might take someone else an hour and a half or another person six. When faced with the choice of either missing deadlines or taking shortcuts, some will inevitably choose to take shortcuts. This has always been a problem for journalism, any speed is too fast for someone, but it gets worse the tighter the time requirements get.

At some point it is almost physically impossible for anyone to meet the writing demands without taking shortcuts. This is why essay mills, which have to turn around complex and lengthy research papers in as little as a day, have high rates of plagiarism themselves.

When journalists have to churn out specialized text at the same rate as essay mill authors, ethics and training may not be enough to save them. This could create an ethics crisis, one that Johnson and Gumuchian are only the beginning of.

To be clear, nothing in this excuses Johnson and Gumuchian of their responsibilities. Authors and reporters always have a choice and can choose not to plagiarize. What they did was inexcusable and ethically wrong, regardless of the circumstances around them.

However, they are not just two bad apple reporters who didn’t know better or just didn’t care. They’re omens of what is to come.

There is a looming plagiarism crisis in journalism and in online publishing in general. However, it isn’t just a crisis that will be written in scandals and the names of the disgraced. It’s a crisis of conscience and of ethics.

Ever since the Internet became central to the way people consume content, there’s been a push by editors and publishers to create more and more content. To beat competitors by being the first online, having the most stories and iterating quickly.

While there are advantages to that strategy, the problem is that quality inevitably suffers. The quality of the prose deteriorates, fact checking inevitably becomes less thorough and the stories are less complete, especially when dealing with developing stories.

Push this strategy too far and even the quality of the ethics also begins to suffer. As deadlines get more and more difficult to meet, even honest authors can be tempted to cut corners when they feel their job is at risk.

Plagiarism is a symptom of a much bigger crisis facing authors and journalists and it’s one that’s not getting better. Unfortunately, due to how easy it is to detect plagiarism, it will likely be plagiarism that will serve as the early warning.

That, in turn, may spark a debate about the seriousness of plagiarism and whether it’s the heavy offense it’s made out to be. However, that debate will miss the larger issue.

In many ways plagiarism is as much a symptom as it is a problem, but in the rush to tackle plagiarism, the larger issues often get lost.