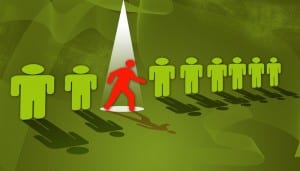 Eight years ago (nearly to the day), shortly after the launch of the site, I wrote an article entitled “Copyright Infringement, Plagiarism and Fair Use“. However, the age is beginning to show on the article (both literally and figuratively) and I decided to come back to the topic with fresh eyes.

The reason is that this is a site that deals with both plagiarism and copyright issues on the Internet, specifically, the intersection between the two. This site was founded as a resource for detecting plagiarism of copyrighted works and stopping it, generally using copyright law.

However, to complete that mission, it is important to understand the differences and similarities between plagiarism and copyright infringement. This is because, even though the two have a great deal of overlap, they also have key differences that content creators need to be aware of.

So, without any further ado, here’s a brief look at copyright infringement, plagiarism, their similarities and their differences.

Copyright law gives a copyright holder (usually the creator of the work) a set of rights that they and they alone can exploit legally (save for exceptions such as fair use). Those rights include:

This means a wide variety of activities can be copyright infringing including performing a copyrighted play without permission, writing an unauthorized sequel to a work or simply making copies of the work.

In short, copyright infringement is a very broad term, rooted in the law, that covers a wide range of unlawful activities that violate the rights (granted by the law) to copyright holders.

Most broadly, plagiarism is defined as the taking the original work or works of another and presenting it as your own.

The definition of “work” can include a variety of things including ideas, words, images, etc. Anything that is seen as an unethical and unattributed use of another’s original creation can be defined as plagiarism.

Because of this, as with copyright infringement, many cases of plagiarism are divisive as to whether or not a violation was committed.

On the surface, plagiarism and copyright both have a great deal in common. Most things that can be plagiarized could be copyrighted. After all, most plagiarism deals with either creative or academic work and those types of works, typically, qualify for copyright protection when they are new.

As such, many plagiarisms are actually addressed through the legal framework provided by copyright law. Plagiarized content posted online is often removed with takedown notices, commercial plagiarisms, for example in advertisements, are often dealt with through lawsuits and so forth.

Also, plagiarism often covers things that are not covered by copyright. Ideas, facts and general plot elements are all things that can be plagiarized, at least in certain situations, but generally don’t qualify for copyright protection.

To make matters more confusing, most copyright infringements don’t really hinge on whether or not a use attributed. For example, if you passed out copies of a play without permission, it’s most likely an infringement whether or not you tried to take credit for it. While plagiarism may have an impact on damages awarded if a lawsuit is filed, attribution generally doesn’t make an infringing action legal.

In short, it’s possible to infringe a work without plagiarizing it and it’s equally possible to plagiarize something without committing copyright infringement.

Though plagiarism and copyright infringement are often spoken of in the same breath, especially by victims of plagiarism who are seeking justice, it’s important to remember that the two are not the same thing.

The other important way to look at is that plagiarism is an ethical construct and copyright infringement is a legal one. Though they have a lot of overlap, they are not the same and can never really be the same.

So while plagiarism may come up in copyright discussions and vice versa, it’s important to know that the two are different in some very important ways.