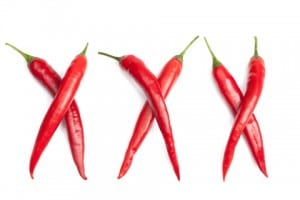 In 1968 the Motion Picture Association of America launched it’s now-iconic movie rating system. The system works by having filmmakers submit their finished products for review by the MPAA and then having bestowed upon it a rating. Many films are altered to get a more desirable rating and many more target a specific rating from the outset.

Though the rating system is voluntary, films that aren’t rated find it difficult to get screenings in major movie theaters. This means nearly all major motion pictures submit themselves to be rated and, typically, try to get a rating that maximizes their audience and reach.

However, there are a few notable changes to the movie rating system between now and 1968. For one, The PG-13 rating was introduced in 1984, adding a space between “G and R. Another major change was the replacement of the infamous X rating for NC-17, a change that took place in 1990.

But the X rating is not gone. Despite no longer being an official designation, it’s still widely associated with pornography, something that was not in the original vision of the MPAA.

So what happened? How did the X rating go from a designation for mainstream films that were mature and become synonymous with pornography? The answer lies in trademark law and is a good reminder on how not protecting your names can have unintended side effects.

A Brief History of The X Rating

When the X rating was introduced in 1968, it was meant as a designation for mainstream films that contained material inappropriate for children, even with adult supervision. It was the most restrictive rating on the MPAA scale and it was rarely sought after by filmmakers due to the fact it barred everyone under the age of 17 from viewing it.

Still, several mainstream films were released with an X rating including Midnight Cowboy, A Clockwork Orange, Last Tango in Paris and even The Evil Dead.

However, the X rating was unique among the other movie ratings in that it was not trademarked. The MPAA chose not to protect it under trademark so that other filmmakers could self-apply it to their films. This way, any film could be rated but only those who went through the MPAA could get a rating less than X.

In 1990, the MPAA recognized that X rating had lost its original meaning and, instead, changed it to NC-17, which stood for “No Children Under 17”. This time, the MPAA trademarking the rating to ensure that only they could apply it to a film.

Unfortunately, the name change hasn’t helped encourage many filmmakers to use the new rating. Even today, relatively few films are released with an NC-17 rating and most are not shown in mainstream theaters.

The Downside of Open

When the MPAA launched the X rating, it’s intentions were good. They wanted to provide a rating anyone could use while they maintained control of ratings that allowed children into the theater. By opening up the rating for others to use, they had hoped other mainstream filmmakers, especially those who wanted to cover more adult themes, could have a rating.

But the rapid rise of the pornographic film industry and their adoption of the X rating was not something they could have foreseen. They opened up the rating to all filmmakers and, though it stayed true to their intention for a time, it eventually fell into hands the MPAA had not intended and went a direction they did not want it to.

That, in turn, is the danger of open licensing. Whether it’s trademark, copyright or even patent. When you make something available for anyone to use, you can’t control who can use it or how they will do so.

On one hand, this can be an amazing thing, opening up new opportunities for collaboration and cooperation. On the other hand, it can make your work available for uses that you might find offensive or counter to your original vision.

In the end, the future of the NC-17 rating is still very much in doubt. Though some acclaimed films, such as Requiem for a Dream and the upcoming film Blue is the Deepest Color, have taken the rating with pride, most films still shy away from it.

Much of this, clearly, is due to simple economics. Films that bar anyone under the age of 17 from attending hurt their potential audience and revenue.