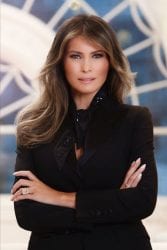 On July 18, 2016, Melania Trump took the stage at the Republican National Convention to give a speech in support of her husband, then Presidential candidate Donald Trump. However, her speech contained several lines lifted near-verbatim from Michelle Obama’s 2008 speech at the Democratic National Convention.

The story quickly caught fire. On a grand stage, the now-First Lady, plagiarized a political opponent. It was a significant unforced error to say the least.

But, as embarrassing as the story was, it did little to derail the campaign. President Trump went on to win the election and the lessons about plagiarism were clearly not learned. The Trump Presidency racked up half a dozen plagiarism scandals before inauguration was over and since then has seen several more.

However, now Melania Trump has stepped back into the plagiarism spotlight. In launching a new booklet to help kids be safe online, many quickly noticed an uncanny similarity between the work and a 2014 booklet published by the FTC.

Originally spotted by Ryan Mac at Buzzfeed, the story of Melania Trump’s plagiarism is once again exploding and, this time, it’s not detracting from a Presidential campaign, but from a serious issue the First Lady claims is a passion of hers. 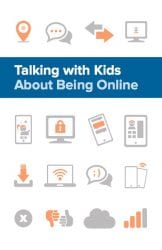 In January 2014, the Federal Trade Commission (FTC) released Net Cetera: Chatting with Kids About Being Online. The 26-page booklet advised parents on how to speak with their kids about security on the internet.

On Monday, May 7, Melania Trump published her guide to the subject entitled Talking with Kids About Being Online. The controversy, however, is that the two documents are virtually identical with almost all of the same text, design, images and links.

In short, the First Lady, or someone working for her, clearly took the original FTC document, made minor modifications to it, and is releasing it as a new document.

What’s interesting about the duplication is that the new document also appears to come from the FTC, complete with the FTC seal and name on the back page. Furthermore, all of the links in the new document point to the FTC site, albeit a different page. However, that page lets you download the 2014 document, not the 2018 one.

In short, the 2018 one is currently only available from the White House website, not the FTC site. Combine that with a page added by the Melania Trump that highlights the importance of this subject to her and it’s clear that this is meant to be a work representative of the First Lady, even though nearly all of it comes from the FTC without clear attribution.

Especially since this is a public-facing document that’s coming from the First Lady’s office, it should have more clearly stated it’s a revised/updated version of the original FTC document. The fact it didn’t, makes this document a source of ridicule even though the subject is definitely one that needs more attention.

Still, the plagiarism is a good opportunity to analyze what is original in the First Lady’s version. After all, Melania Trump’s office did make several changes to the document and they are worth examining. 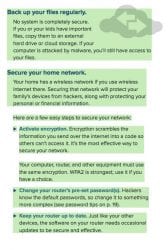 To compare the two versions side-by-side, I used Draftable, which is a tool that is mostly used to detect differences between two versions of the same document. Normally, such a tool isn’t very useful in plagiarism evaluations (it’s generally better to highlight similarities than differences) but, here, the documents are so similar it was truly the only way.

With that in mind, here’s the Draftable comparison of the two works.

As you go through, you’ll see a list of small changes, rewriting sentences to either be shorter or longer and rearranging lists. However, there are still several key differences between the documents:

These changes are, in a word, insignificant. They represent only a small percentage of the booklet and, even when combined with the other grammar changes and rewrites, only  make up a tiny fraction of the work overall.

The most interesting change is the removal of the P2P content as it may indicate that the First Lady’s office is either responding to the changing nature of piracy or decided to omit it on moral grounds.

Either way, while this version is definitely an update, the changes are not significant and not worthy of much discussion outside of curiosity and possible political interest.

Why This Plagiarism Matters

In March of last year, when discussing allegations of press release plagiarism against the Trump administration, we examined why it matters. Much of what was said there holds true today.

While it’s true that plagiarism scandals don’t have the impact they once did and this story will also likely disappear with enough time, it still points to a serious problem.

Other administrations, both Republican and Democrat, have gone to great lengths to vet and check content that they put out to the public. They’ve worked hard to prevent plagiarism from being a distraction to their message.

The Trump administration, for whatever reason, has been far less successful at that. Though this is the first such story in some time, it’s an embarrassing doozy of one. Any reasonable check of this document would have found its cohort. Furthermore, the entire thing could have been prevented by simply being upfront and saying that this is a revised/updated version of the 2014 document, especially since it was coming from a different office.

Whoever compiled this document, and it wasn’t likely the First Lady herself, was careless and reckless but so were those who approved it. Whether they intended to be dishonest or not isn’t important, a few lines of citation and clarification could have saved everyone this distraction.

And a distraction this is.

But instead of a conversation about how to keep individuals, in particular children, safe online, the headlines are about plagiarism.

Though such a distraction was inevitable with the way this document was released, it’s still an unforced error getting in the way of a good and relatively non-divisive message.

This entire story could have been avoided so easily, a statement in the document or even in the release that it’s an updated version of the 2014 document would have made a world of difference.

Instead the First Lady opted to release this document in a way that indicated to the world it was both new and original even though it was neither. The original was bound to be discovered, the new document literally links to it, there was simply no reason to omit that information.

Instead, the controversy takes away from the issue the First Lady wanted to talk about and, more to the point, makes her claims to be passionate about it seem weak. This level of carelessness does not indicate passionate concern.

It’s perhaps the most egregious unforced error in an administration that’s made over half a dozen such errors when it comes to plagiarism.

The only hope we have is that, this time, the lessons about plagiarism stick.