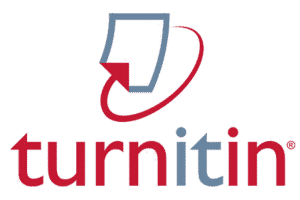 One example of this has been the increased focus on contract cheating. Essay mills, in particular, have been aggressive about marketing their products as a way to get around Turnitin. This has prompted a strong response from educators and legislators alike, with several countries either passing or considering laws against essay mills.

Turnitin, like all plagiarism detection tools, works by comparing the students’ writing to an established library of content. This means that, even if the student plagiarized, the work can appear original if the source is not in the database. This includes if the assignment was written especially for them by a third party.

This means that instructors have faced circumstances where they suspect that an essay was plagiarized due to an extreme change in writing style, but have no proof. According to Turnitin, some 67% of instructors surveyed said they would not act on a possible case of contract cheating due to insufficient evidence.

However, Turnitin has announced that it is working with seven universities to create a new tool to provide that evidence. Entitled Authorship Investigation, it aims to detect when a student’s writing changes drastically and help spot potential cases of contract cheating.

How Authorship Investigation Will Work 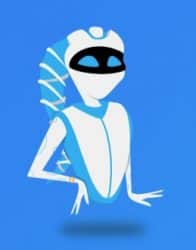 The idea behind Authorship Investigation is pretty simple. Most people, including students, write largely the same way in piece after piece. Computers, through machine learning, can be trained to detect that writing style and, more importantly, any major differences in it.

We’ve actually seen this approach before with Emma Identity, an AI that tries to detect authorship. With Emma, you submit 5,000 words of text written by you (or another author) and then it attempts to guess whether new words submitted were written by the same person.

I tested Emma back in August and found it to be interesting but not accurate enough to definitively prove authorship. For example, in my testing of Emma the AI struggled when I changed to a different medium (such as giving it a short story when my baseline was mostly essays) or to works for a different intended audience (such as submitting a formal case study instead of news articles).

Still, even then (Emma was an early beta test at the time) the technology showed a great deal of promise. Though Turnitin’s initiative is a completely different one, it will likely follow a similar path, using a certain amount of known original content to establish a baseline and then using what Turnitin calls “both machine learning and forensic linguistic best practices” to spot any major changes.

What’s new is using this technology in conjunction with traditional plagiarism detection software to spot potential authorship issues that go beyond copying and pasting. 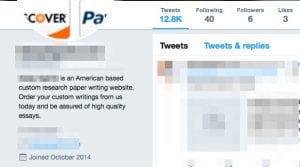 I spoke with a representative for Turnitin and she said that the company is not disclosing many of the details about the project at this time due to the collaboration they’re doing with their partner schools.

As such, there’s a lot we don’t know right now including just how it will be implemented, how student writing will be tracked, etc.

But, regardless of the implementation, this move is going to have an effect on the contract cheating marketplace, in particular with essay mills.

Currently, essay mills advertise heavily “plagiarism-free” papers and even offer “Turnitin guarantees”. While these guarantees are dubious at best, they’ve been a core part of essay mill marketing in the last few years.

However, this move will likely make those guarantees meaningless. Right now, if I run a Turnitin report on a document and you run the same document, we should get identical or near-identical findings (as long as the document doesn’t match itself in the database).

But with Authorship Investigation, the findings (at least relating to authorship) are personalized to the student. Two separate reports can have very different findings. There’s no way an essay mill (or anyone else) can predict what the outcome will be.

It’s going to be interesting to watch later this year to see if and how essay mills respond to this new tool after it is released. Even if it isn’t 100% effective, the added uncertainty may go a great distance to discouraging contract cheating of all types.

With this move, Turnitin is moving away from familiar ground of text matching and throwing its hat in the the realm of actually trying to identify authorship.

This is an interesting example of a public-private partnership to create a technology that can tackle a growing issue in academia. It’s effectiveness, however, won’t be measured just in how accurate it is, but how it changes the contract cheating landscape.

Because, when a player the size of Turnitin makes such a big move, it’s safe to say it’s going to have an impact, even if we don’t know what it is just yet.

Disclosure: I am a paid consultant/blogger for Turnitin. However, I was not involved in this project.