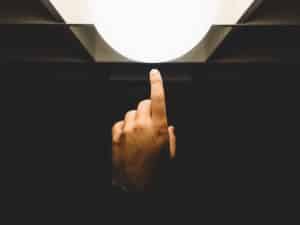 In the Copyright Act of 1976 Chapter 1 Section 102(a) (the first section after the definitions) the law says: “Copyright protection subsists, in accordance with this title, in original works of authorship fixed in any tangible medium of expression…”

This idea of “fixed in any tangible medium of expression” is perhaps the most fundamental concept in copyright law. Without this tangible medium, no copyright exists at all. It is the most basic requirement a work must have in order to enjoy copyright protection.

However, in the age of the internet, it’s also a very strange concept.

While the dichotomy is easy to understand when dealing with books, CDs and DVDs, things get a bit strange when we start talking about the streaming services, blogs and social media.

Most likely, the vast majority of content you consume you never physically touch and the primary dictionary definition of tangible is, “Capable of being perceived especially by the sense of touch”

However, as with many things that deal with the law, the dictionary definition has only limited bearing on the legal definition.

As such, it’s worth taking a moment to look at what the word tangible means when it comes to copyright law and how that impacts your protection. 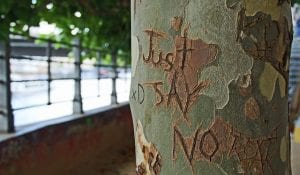 When it comes to definitions, the copyright act could almost give the dictionary a run for its money. This includes a definition for the key passage above that reads as follows:

A work is “fixed” in a tangible medium of expression when its embodiment in a copy or phonorecord, by or under the authority of the author, is sufficiently permanent or stable to permit it to be perceived, reproduced, or otherwise communicated for a period of more than transitory duration. A work consisting of sounds, images, or both, that are being transmitted, is “fixed” for purposes of this title if a fixation of the work is being made simultaneously with its transmission.

This definition brings up several key components that are required before a work can be considered to be “fixed in a tangible medium of expression.”

Bringing this back to the original question, the issue of “tangible” has more to do with the second element: Permanence.

Regardless of whether or not you can touch the copyrighted work, if it is stored in some permanent (or even semi-permanent) medium that enables copying, accessing or transmission of the work by others, it is considered to be fixed into a tangible medium.

This means that the law that was written for books and tapes just as easily applies to the internet and computers. After all, saving a work to a hard drive (either your own or one in the cloud) clearly meets these standards for tangibility.

That, in turn, is one of the really good things about The Copyright Act of 1976, it was written to be technology neutral. This means that the act is able to function more than 40 years after it was written and after what is quite possibly the biggest technological revolution in history.

However, that doesn’t mean that there aren’t some issues to be ironed out.

Thanks to the law’s definition of “fixed in any tangible medium of expression” saving a work to a hard drive is just as valid as writing it on a piece of paper or recording it on cassette tape.

Still, there are some gray areas that computers and the internet have created.

One issue is whether or not works written to a computer’s RAM, or temporary memory, counts as fixation. This has led not just to a divide in opinions but also contrary legal rulings.

For RAM the issue deals more with whether there is an infringement and whether writing to something to RAM amounts to an unauthorized “copy” of a work since such a copy is held to the same standard of tangibility and permanence.

Most argue that RAM is too transient to be considered permanent but it has been noted that RAM is often dumped into error logs and more permanent places, opening up the possibility.

Another is online streaming that is not recorded. The same as with concerts that are not recorded, if the stream isn’t fixed as its transmitted copyright may not apply. This becomes especially important in revenge pornography cases where a victim was secretly recorded on a private chat but did not record it themselves.

The issue is whether or not any of the transient recordings made along the way actually account as a copy that’s fixed into a tangible medium of expression. This includes not just the RAM question above, but any copy made at any step along the way, including by the chat service provider.

But despite these examples and others like them, the law itself still works relatively well on the internet, especially considering it was written in the 1970s and was built with a plan to participate in a treaty first penned in 1886.

Still, it’s understandable why the concept of fixing a work into a tangible medium might be confusing, especially when there is so little tangible media to be found.

If the medium allows you to take the work and show it to someone in a different time and place, it’s tangible as far as the law is concerned.

This means that, even as technology advances to create even less “tangible” means of storing information, the law won’t have to be updated (at least in this regard).

It’s just yet another reminder that, just because you can’t touch something doesn’t mean it isn’t protected by copyright. Copyright is in the creativity and the expression, not what you can hold in your hands.