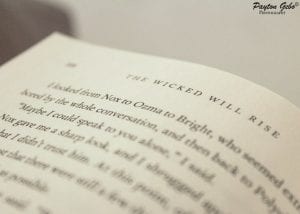 Plagiarism hunters, myself included, often look at ourselves as white knights seeking to fight for a righteous cause.

For many, plagiarism isn’t just a fascination or a passion, but a calling. It’s a guerrilla war against cheaters and liars, a simple matter of right (or maybe write) and wrong.

To that end, most plagiarism stories have a familiar bend. After careful research a plagiarist is exposed they are supposed to be punished both the public and those they are directly responsible to. It doesn’t always happen, but it’s what we expect, the schadenfreude of well-deserved downfall and a sense of finality to the issue.

But that isn’t what always happens. Plagiarism, like most misdeeds, is rarely as cut and dry as we would like. Sometimes the evidence isn’t clear. Sometimes the plagiarist may not have had evil intentions. And sometimes the case simply exists in a gray area.

But then there are cases where the plagiarism is clear and the response is obvious but it’s still difficult to celebrate the downfalls. That’s because not every plagiarist is a simple villain reaping the rewards of their lies.

The Story of Pierre DesRuisseaux 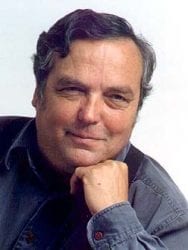 Pierre DesRuisseaux was born in 1945 and had a long, well-regarded career as a poet and translator. In 1989 he won the Governor General’s Award for French-language and in 2009 he became Canada’s fourth Parliamentary Poet Laureate, which was a role he served in until 2011.

He was well-regarded for his ability to capture Quebec and its culture. He was widely considered to be one of the best French-language poets in Canada and, though not internationally famous, was widely respected by his fellow writers.

DesRuisseaux died in January 2016 at the age of 70. His last work, Tranches de Vie, a book of French-language poetry, had been published just thee years earlier in 2013.

In May 2016, just months after DesRuisseaux’s death, poet Kathy Figueroa noticed that a poem from Tranches de Vie bore a close resemblance to Maya Angelou’s piece Still I Rise. She then contacted Ira Lightman, a UK poetry sleuth, who began researching the book in full.

Lightman’s findings were stunning. Of the book’s 47 poems, he found evidence that 30 were “based heavily” on the works of others. The list of authors pulled from, in addition to Maya Angelou, included Anna Akhmatova, a Federico García Lorca, a Ted Kooser and even Tupac Shakur.

The list of authors included various amateur authors, including some only found on sites such as AllPoetry.com.

DesRuisseaux’s story becomes further complicated by his choice of source material. Considering that many of DesRuisseaux’s sources were prominent authors of color, this has led to allegations of not just plagiarism, but of cultural appropriation.

The combination of big name victims and a well-respected poet has made this story a media firestorm, with the story making significant waves internationally, even many days after it first broke.

Amidst this firestorm, the publisher of Tranches de Vie, Editions du Noroit, pulled the book from print. It was then that Paul Belanger, who works at the publisher, shed new light on the story for CTV News.

According to Belanger,  DesRuisseaux had been suffering from a degenerative brain disorder during the final years of his life. He claims DesRuisseaux may have become “confused” when writing the book.

To make matters worse for DesRuisseaux, the book was not a big seller. At the time it was removed from the shelves, Belanger said it had sold between 50 and 100 copies.

Considering that, as of this writing, there’s no evidence that DesRuisseaux plagiarized earlier in his career, the story becomes less about a poet laureate who cheated his way to prominence, and more about a talented poet who, at the end of his career, plagiarized a series of works, possibly due in part to failing health.

That makes the fall of DesRuisseaux difficult to celebrate and, instead, just the conclusion of an already sad, poetic tale.

A Hero’s Journey Without a Villain

To be very clear, DesRuisseaux did plagiarize. The evidence is extremely clear and no one will deny that. Likewise, both Lightman and Figueroa were right to bring the allegations to light. This was information that needed to be known.

However, it’s also clear that DesRuisseaux isn’t the type of plagiarist that plagiarism fighters like to vilify.

Not only is it likely that illness played a hand in the plagiarism, but most, if not all, of DesRuisseaux’s major achievements appear to be wholly original. DesRuisseaux built a career on original work only to now, after his death, be accused of plagiarism in an unimportant and largely unread book published shortly before he died.

Lightman himself seems to be aware of this. Saying in his interview with CTV that he doesn’t want to besmirch a lifetime work work, just simply have the work credited and acknowledged.

He said, “My simple request was that they made it public, because any one individual who holds a copy of that book in their hands thinking those are original poems are wrong and aren’t doing proper credit to the original author.”

The problem though is that you can’t make public allegations of plagiarism without the moniker of plagiarist being affixed to whomever its attached to. But while that moniker may be correct in this case, there’s also no joy in applying it.

Though Lightman didn’t wish to besmirch DesRuisseaux’s body of work, it’s undeniable that he has. All one has to do is perform a news search for his name.

DesRuisseaux will now and likely forever be known as a plagiarist, even if it isn’t the label that shouldn’t define most of his career.

Metallica in their song Slither has a great line that reads “There ain’t no heroes here.”

Sometimes though, the opposite is true: There ain’t no villains here.

Lightman was absolutely right to expose DesRuisseaux’s plagiarism. The news media is right to report it. Those who are angry about the plagiarism and/or the cultural appropriation are all perfectly understandable in their views. No one is wrong.

The problem is that DesRuisseaux himself doesn’t make a great villain either. His reputation is in tatters because of a plagiarism discovered after his death, in a book that almost no one read and that was likely written while he was seriously ill.

Worst of all, it seems that plagiarism had no impact on his actual career as a poet. Though it will have a drastic impact on how that career is viewed moving forward.

Sometimes, when you fight plagiarism and seek out the truth, you get uncomfortable answers and this is one of those cases. This doesn’t mean we stop fighting or stop looking, but it does mean that sometimes, even when we have to tear down a plagiarist, it may not be a joyous task.