For almost as long as there’s been an Internet, there have been those who sought ways to prove that they created a particular piece of content on it.

For the past decade, this role has been filled by copyright non-repudiation services and we’ve talked about many of them including Safe Creative, Myows and many, many more.

However, these companies have largely failed to gain traction, especially in the United States where their usefulness is limited due to the U.S. Copyright Office due to it’s role as an official record keeper. But even internationally, where they might be able to provide verification that might not exist otherwise, these services have struggled.

But a slew of new companies are betting on a new way to verify ownership of online content: Blockchain. In short, they are using the technology behind Bitcoin to protect and monitor content rather than currency and transactions.

But will this technology really work and will it motivate creators to sign on? The answer is unclear but what is obvious is that, while Blockchain-based solutions do have new capabilities to bring to the table, they also face many of the same challenges as their more centralized counterparts. 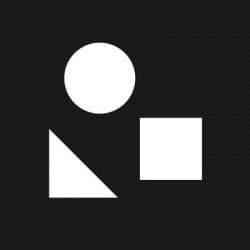 Before we delve into how these services work and why they’re different, we have to understand how a Blockchain works and why it’s special.

Blockchain, as a technology, is most commonly associated with Bitcoin, a cryptocurrency that allows for anonymous transactions online.

However, the idea behind a blockchain (or block chain) is fairly straightforward. When used in a cryptocurrency, rather than storing all of the data needed to complete a transaction in a central location, such as a bank, a blockchain puts all of the information in a public and cryptographically-protected database.

Basically, as transactions are made, they are recorded into blocks. Those blocks are then added to the chain, thus the name blockchain, and the entire blockchain uses cryptography to ensure that all the records remain unaltered. The chain is distributed to all of the other computers on the network, meaning that everyone has a copy they can independently verify.

This means that, if you wanted to alter the blockchain, not only would you would not only have to defeat the protections on the chain, but also convince a majority of the computers on the network that your version was authentic.

What this does is provide a high degree of trust without a central authority. Since no one person keeps the record, there’s no bank or credit card company to hack.

However, while blockchain is most widely used with Bitcoin and other cryptocurrency, there’s no reason the technology can’t be used to store other data as it is completely data neutral.

Now, several companies are seizing upon this blockchain technology to verify ownership of content rather than transactions and accounts. While the companies and services involved are many, the most prominent ones right now include Mediachain, Ascribe and Proof of Existence.

The idea is simple, rather than collecting information about the creator and their work and storing it in a centralized database, turn that database into a blockchain and decentralize it for all to use and search.

The approach certainly has a great deal of appeal has and many advantages over more centralized systems that will likely pique the interest of many creators.

Advantages of the Blockchain Approach

Right off the bat, the blockchain approach to non-repudiation answers one of the biggest questions for centralized services: “What happens if you shut down?”

With a centralized server, if the service goes offline, the record is completely lost. Even if there are attempts to back up the database and maintain record availability, without the trusted third party, it’s unclear how much trust the record will have. In short, the record will likely provide little help either in the court of law or the court of public opinion.

However, with a distributed blockchain, every computer on the network has a verifiable copy of the record. Even if the service that created the blockchain disappears, the blockchain itself can still provide proof.

The other advantage is that blockchain has the potential to provide a much greater amount of trust. A centralized database is only as trusted as as the entity that controls it. If they are compromised or engage in unethical behavior, that trust can be destroyed and the records they hold mean nothing.

However, a blockchain relies on the trust of the group. As long as the group is still strong and blockchain is well distributed, the record is still valid even if the entity that created the chain initially is compromise in some way.

That is the greatest strength of blockchain, that it’s designed to survive when people are unreliable. Whether that failing is business, ethics or technology-related, the blockchain can survive.

But longevity isn’t the only thing that a non-repudiation service needs. While it’s a critical problem to solve, it’s far from the most important.

The challenge that blockchain-based non-repudiation services have are the same as their centralized counterparts: It’s unclear how valuable they are.

In the United States, the usefulness of a third-party non-repudiation service, blockchain or otherwise, is limited by the U.S. Copyright Office. In short, anyone who is serious enough about their copyright in the U.S. to consider filing a lawsuit needs an official registration just to get into court and they need a timely one if they’re to collect all the desired damages.

Since the U.S. Copyright Office registration services as prima facie proof ownership, in most cases, a third-party service is superfluous from a content protection standpoint.

While non-repudiation services can provide a public record of ownership and a means to track a work back to it’s author, something the U.S. Copyright Office can’t do as well, that relies upon people being aware of the database and knowing to search within it.

To that end, it’s a chicken and egg problem of sorts. For rightsholders to benefit from a non-repudiation service, there needs to be people searching it. However, for people to search it, it has to have enough rightsholders to reliably give useful information.

But perhaps the larger issue is that the number of incidents where there’s a dispute of ownership in a copyrighted work that requires third-party verification to resolve are few and far between. I’m personally not aware of any cases where such a service has been used to resolve a copyright dispute and most cases can be resolved through other means.

One example cited by fans of blockchain is the recent accidental removal of several clips from YouTube by the creators of Family Guy. In that case, after Family Guy used the clips in a recent episode, the original clips were briefly taken down after the episode was uploaded to YouTube’s Content ID system.

In short, when it comes to copyright, blockchain technology is a solution in search of a problem. While it’s found one, it’s unclear if the problem is big enough to build a long-running business.

When it’s all said and done, blockchain-based copyright and ownership verification systems have the potential to be great improvements over more centralized systems. However, the reasons that other systems have failed to catch fire have little to do with their centralized nature and more to do with challenges that blockchain just doesn’t address.

This isn’t to say that one or more of these services can’t succeed but that, if they do, it won’t be just because of their use of blockchain. It will be because they found ways to build a large, useful database that provides real value to creators and searchers alike.

Blockchain is an interesting technology that can solve some of the challenges similar services have faced, but the bigger hurdles still remain.

Because there is a problem here and a real need for verification of ownership and attribution that can not be trivially removed from a work, but the solution depends as much on whether humans use it as it does the technology behind it.

Sadly, blockchain can’t solve the human element of the problem. That’s up to the companies themselves.