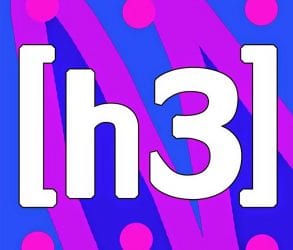 Recently, Ethan and Hila Klein, the team behind the popular H3H3 Productions YouTube channel, were sued by Matt Hosseinzadeh (Hoss), known on YouTube as “The Bold Guy”, for copyright infringement.

H3H3 is a reaction channel that splices clips of popular (and less popular) YouTubers with jokes and commentary. Though the term “reaction channel” has become something of a dirty word on YouTube lately due to some channels using it as an excuse to blatantly infringe copyright, H3H3 is one of the channels that does it right, using short clips and focusing heavily on the commentary.

However, that didn’t stop Hoss from suing for copyright infringement after the duo lampooned his work.

While I agree with the majority that this is almost certainly a fair use, this is still a dangerous lawsuit because Hoss has definitely done his homework and has both his registration and his jurisdiction in order.

In this video I take a deep dive into the case, explain what it’s about and look at what has happened so far. As the case unfolds, I’ll be doing follow up videos and breaking down the arguments on both sides.

In the meantime though, there are two things I was not aware of at the time I recorded this. First, the original video that’s the target of the lawsuit has been re-uploaded here. Second, a crowdfunding campaign was launched to support H3H3, even though they didn’t ask for it in the video, and has already exceeded it’s $100,000 goal.

Also, feel free to download the PDF of the amended complaint and definitely check out the original video on H3H3’s channel about the lawsuit.

More on this almost certainly to come!