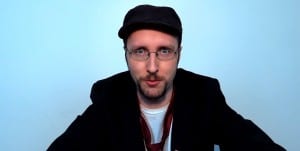 Recently, Doug Walker (AKA: The Nostalgia Critic) posted a video entitled “Where’s the Fair Use?” featuring the hashtag #WTFU.

Walker, who is a film reviewer, expressed frustration at how YouTube’s copyright system routinely flags his videos as being infringing and then either issues strikes against his account or claims against his videos depending on how the claims come in.

But while Walker has a great handle on the symptoms of the problem, they’re symptoms he lives with every day, and even has some good common-sense ideas for improving things, he doesn’t understand the nature of the problem. Where he sees Hollywood studios trying to crush innovation and silence free speech is really just a case of YouTube and studios trying to battle piracy with increasingly automated solutions.

These solutions, unfortunately, are highly imperfect and, though there are the occasional moron that does try to abuse the copyright system to remove non-infringing works they don’t like, most of the problem can be explained by either poorly-designed systems or simple error when sending thousands of notices.

Unfortunately for Walker and others like him, as long as YouTube uses automated tools to enforce copyright (and other community standards) he, nor anyone else that relies on third-party content, will be safe.

Even if YouTube makes the necessary changes, since the entirety of the copyright claim process is a pure creation of YouTube, it can change tomorrow. A house built on third party content and YouTube hosting is a house bit on shifting sands.

If fair use is going to be safe, it needs to find a home away from YouTube as it exists today.