No, the title of this post is not a misprint or a typo. We are not even three weeks into 2016 and already there has been a deluge of plagiarism scandals and stories, so much so that even I am struggling to keep up.

Since the stories have been so rapid fire these past few weeks and I’ll likely be covering some of them in more depth on the iThenticate and WriteCheck blogs, I wanted to take a moment here to briefly go over what’s been going on and what the likely next steps are in the biggest plagiarism stories of 2016, so far.

Kenny Florian is a former mixed martial arts (MMA) competitor who, since his retirement, has served as an MMA commentator for FOX Sports and their site FOXSports.com.

On January 11, Florian posted an analysis of a then-upcoming fight between Ultimate Fighting Championship’s Bantamweight title holder T.J. Dillashaw and challenger Dominick Cruz. A Twitter user noticed similarities between text in that article and a YouTube video created by boxing analyst Lee Wylie.

Florian quickly apologized for the plagiarism, calling it an error. Despite the quick apology, the controversy continued to gain steam and FOX Sports suspended Florian for an indefinite amount of time.

The story reached something of a climax when during his victory speech, Dominick Cruz called out Florian telling him to “Stop copying and pasting, man”. Cruz later said it was a joke but it was clear that the story struck a nerve with many in the MMA community.

However, given Florian’s popularity, unless later investigation shows it this is part of a pattern of plagiarism, it’s likely Florian will return though the sting of the scandal will likely remain.

Yesterday, the Washington Post issued an editor’s note about a series of three articles that contained “largely duplicated” passages from Government Executive. The three stories, one printed in August 2015 and two printed in January 2016, were written by veteran reporter Lisa Rein.

In a statement, Rein said that the passages were “inadvertent lapses made in haste” and she apologized to both her readers and to Government Executive. There was no comment on any disciplinary action being taken against Rein, but all of the stories now have editor’s notes and alterations to reflect the discoveries.

Government Executive has said that they appreciate the Washington Post’s response to the issue and acknowledgement of the misappropriation and that they feel, “A pattern of plagiarism should be treated very seriously.” 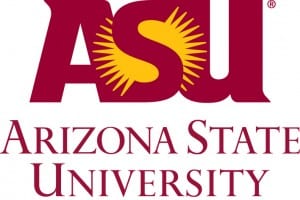 Embattled Arizona State University professor Matthew Whitaker has agreed to resign after a series of plagiarism controversies dating back over four years.

Whitaker’s plagiarism saga began in 2012 shortly after he was promoted to tenured professor at the school. Other faculty at the school noticed questionable passages in his 2011 book Race Work: The Rise of Civil Rights in the Urban West. Whitaker alleged that his colleagues were out to get him because they were upset over his promotion due, at least in part, to his race.

ASU concluded its investigation and, while it admitted that there were copied passages, said there was no evidence of systematic plagiarism and took no action.

However, in 2015 similar questions were raised about his 2014 book Peace Be Still: Modern Black America from World War II to Barack Obama. The school, after investigating the new claims, opted to demote Whitaker, taking him from a full time professor to an associate.

At about the same time, Whitaker was facing another controversy. Through his consulting firm, he had been awarded a $268,800 contract by the Phoenix Police Department to provide “cultural consciousness training”. However, following his demotion and controversies over how the contract was awarded, many began to call for the contract to be revoked.

One Phoenix City Councilperson looked into a presentation Whitaker had and discovered that, of the 84 slides he presented, 52 were either exact or nearly-exact copies of a similar presentation by the Chicago Police Department. Once “non-content” slides were removed, only 7 were original.

Whitaker, in the latest turn, has now agreed to resign from ASU. However, his resignation will not take effect until May 17, 2017 and he will receive more than $200,000 in salary until then as well as $25,000 in attorney fees.

As for the city of Phoenix, Whitaker is not only refusing to return the money he has been paid, but has said he is owed more. 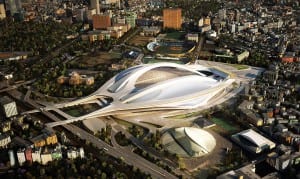 The 2020 Olympic Games in Tokyo have already been mired in one plagiarism scandal over the logo chosen for the games, but now another is brewing over the event’s stadium.

In 2012 a design from London-based architect Zaha Hadid was chosen for the new stadium. However, concerns over costs, the building’s appropriateness for the area and, according to Hadid, resentment over a non-Japanese architect being chosen, led to the original design being scrapped and another design competition being held.

That competition was won by Japanese architect Kengo Kuma, who worked in conjunction with construction company Taisei Corp. and design firm Azusa Sekkei Co., both of whom were contractors working Hadid’s design.

Between some similarities in design, the overlapping contractors and the quick turnaround for the new design (14 weeks for Kuma’s as opposed to 2 years for Hadid’s) has led many to accuse the new design of being plagiarized.

This has only been furthered by the Japan Sports Council, which, according to Hadid, is withholding final payment for design services until Hadid’s firm agrees to sign away all copyrights in their design, something they have refused to do. 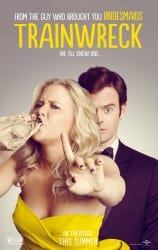 Finally, comedian Amy Schemer is facing accusations from three female comedians, as well as several on social media, that she has lifted a wide variety of jokes.

The story began on Twitter over the weekend as three comedians, Wendy Liebman, Tammy Pescatelli, and Kathleen Madigan, all vented frustrations to one another about seeing their material appear in Schumer’s work.

The three seem to have backed off the allegations, with the tweets mostly deleted and Liebman saying “I never said [she] stole my joke. I just said it was the same.” However, others have latched on to the allegations and expanded them with one person stitching together a video comparing Schumer’s jokes to the alleged originals.

However, of all the stories on this list, this one seems to be the weakest. Not only have the original accusers backtracked, but others have noted that many of the jokes involved either have common sourcing older than either comedian’s routine or could easily be independent creations.

It’s amazing that we aren’t even three weeks into the new year and we’ve already seen five significant plagiarism stories. However, even this isn’t a complete list as other stories have also emerged including Lady Gaga being sued over alleged plagiarism in the cover art of her 2011 album Born this Way and a bizarre plagiarism scandal at The Bristol Press, where a publisher is accused of publishing a plagiarized piece under a pseudonym.

2016 may be young but, when it comes to plagiarism, it has come out of the gates hard. Exactly why plagiarism is such a hot topic this early on in the year is a question up for debate but it’s definitely looking like this is going to be a wild year for plagiarism news so stay tuned both here and on the other blogs I write for.

There’s going to be a lot of ground to cover…