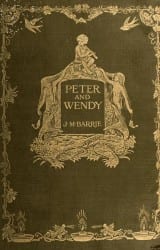 When most people discuss perpetual copyrights, they’re usually its at least somewhat hyperbolic.

Outside of Mexico, copyrights in every nation expire and works become free for others to use without permission or royalty.

However, there is one interesting exception to that rule: Peter Pan.

Through a special bill in the U.K., the boy who never grows up has been granted a copyright that, at least in part, will never expire.

While the case of Peter Pan is certainly an unusual one, it raises much larger questions about the purpose of copyright, how long copyright terms should be and what the function of copyright law should be.

A Brief History of Peter Pan 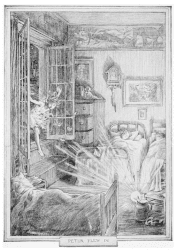 Peter Pan is the creation of Scottish author J. M. Barrie. Peter Pan, as most know, is a young boy who refuses to grow up, is able to fly and lives in a magical island known as Neverland.

The character first made his appearance in the book The Little White Bird, a non-children’s book in which Pan was only in a portion. However, the character quickly became popular and Barrie penned a play entitled Peter Pan, or the Bow Who Wouldn’t Grow Up, which was first performed, though not published, in 1904.

In 1911, Barrie published another book, this one entitled Peter and Wendy. Then some 17 years later in 1928, Barrie would finally publish the script for the play, which he had been editing and changing the entire time.

But shortly after publishing the play, Barrie did something that few expected. He gifted all the rights to the character to the Great Ormon Street Hospital (GOSH), a children’s hospital in London. Since then, the hospital has funded itself in part with royalties from the many uses of the character including merchandise, books, tv shows, plays and movies.

Though Barrie would pass away in 1937, his gift would go on to support the hospital long after he was gone. However, it would also create one of the most unusual pieces of copyright legislation. 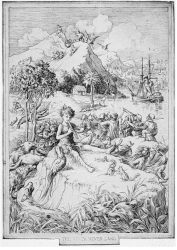 I the United Kingdom (UK), the copyright in all of Barrie’s work originally expired in 1987, 50 years after his death. It was then that former Prime Minister James Callaghan, who was still an MP at the time, sponsored a bill that granted GOSH a perpetual extension on some of the rights to the work so they could continue to collect royalties on it.

That extension, which was passed as pat of the Copyright, Designs and Patents Act of 1988, read as follow:

The provisions of Schedule 6 have effect for conferring on trustees for the benefit of the Hospital for Sick Children, Great Ormond Street, London, a right to a royalty in respect of the public performance, commercial publication, broadcasting or inclusion in a cable programme service of the play ‘Peter Pan’ by Sir James Matthew Barrie, or of any adaptation of that work, notwithstanding that copyright in the work expired on 31 December 1987.

However, the issue became moot in 1995 when the EU moved to harmonize copyright terms for countries in the bloc. The EU opted for a life + 70 approach, which the UK adopted. That, in turn, pushed the works of Barrie back under copyright protection until 2007, when it expired again.

Fortunately for GOSH, the Copyright, Designs and Patents Act of 1988 remained in effect. As a result, the hospital is still entitled to royalties for uses of Peter Pan in the country. However, these rights have several key limitations:

Despite these limitations GOSH has continued to bring in royalties from the character. However, the exact amount is unknown as Barrie, when making his gift, required the hospital to guard the exact amount as a close secret, which it has done. Still, best estimates are that it’s not a hugely important part of the hospital’s budget.

Still, thanks to the Copyright, Designs and Patents Act of 1988, it appears that is a revenue stream that will likely remain for a long, long time.

Peter Pan in the United States

For those who are curious, Peter Pan’s copyright situation in the United States is even more complex.

In the U.S., both Little White Bird and Peter and Wendy are in the public domain. They were both published well before the cut off date of 1923 and lapsed decades ago.

However, the play was not published until 1928 and thus remains under copyright today, creating a situation akin to Sherlock Holmes, where some of the stories about a character are public domain and some are copyright protected.

This came to a head in late 2002 when author Emily Somma sought to release a new Peter Pan story entitled After the Rain: A New Adventure for Peter Pan. After receiving legal threats from GOSH, Somma sued, claiming her characters were from the public domain books, not the play.

The case dragged on for two years, after which the two sides reached a settlement (PDF), each agreeing that Somma’s work was a fair use.

Today, GOSH no longer claims to have full and broad copyright on Peter Pan in the U.S., instead acknowledging it only holds copyright on the play itself.

Though the cause of supporting a children’s hospital is resoundingly popular, the idea of perpetual copyright protection on the work has provided to be extremely controversial, with many decrying the move.

For many, the idea of perpetual copyright on a character who celebrated his 100th birthday over a decade ago is extremely offensive, even when it doesn’t come with creative control and the aim is to support a children’s hospital.

The reason is that, even among strong copyright supporters, it is generally assumed that, eventually, all works will be freely available for others to build upon, publisher or otherwise copy. With Peter Pan in the UK, that simply won’t be the case barring a change in the law.

And that anomaly makes it difficult to truly gauge the impact of the law. For example, I’ve been unable to find information, one way or another, indicating whether any royalties were paid for the new Warner Brothers movie Pan, which is based on the character and gives a writing credit to Barrie.

I reached out to Warner Brothers and film’s PR team over Twitter but have not received a response. I will update if they do so.

For me though, while I’m inherently uncomfortable with the idea of perpetual copyright the story of Peter Pan is really more of an oddity than an outrage. It’s an interesting case study that should be explored to gauge the impact of such long-term copyrights.

In a bizarre way, the story of Peter Pan may be better used to help us study and understand the impact of copyright, both on new creators and the owners of older ones.

Unfortunately though, due to the deal that granted GOSH the rights, many of the details of the impact are now secret, meaning such an analysis really isn’t possible.

The story of Peter Pan is easily one of the most unusual that I’ve run across. Much like Mexico’s bizarre copyright term, which not only grants the longest term to the author, but then holds the copyright of the work in the trust of the government after it expires, Peter Pan’s story is an anomaly without equal.

It’s a bizarre tale, almost as bizarre as Peter’s, but, to those in the UK, it’s more than an interesting footnote in copyright history, it’s an active part of their laws and, to a children’s hospital in London, it equals a source of revenue that they’ve counted on for decades.

As with Peter Pan himself, I doubt there’s going to be another story like this one when it comes to copyright…