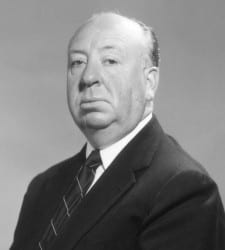 You’ve probably heard these sayings a million times before. Every time the topic of plagiarism is raised someone wishes to remind you that “There’s nothing new under the sun” or that “To steal from many is research”.

However, real wisdom rarely comes in the form of pithy sayings. While they might be meme-worthy or fun in a casual conversation, they rarely discuss the issue of plagiarism or attribution issues in a meaningful way.

In fact, pretty much every common expression revolving around plagiarism fairly easily debunked, sometimes with little more than a brief thought.

Still, since all of these expressions are so common, it’s worth taking a few moment to look at them honestly and show why, as catchy s they may be, they are not accurate at all. 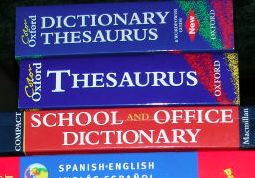 I discussed this one in greater detail in 2011. But it’s suffice to say that, while there are many variations of this expression, they all have the same fundamental flaw: The number of sources has nothing to do with whether or not a use is plagiarism.

Precursors to this quote go all the way back to 1820, but problem is pretty much the same. If you use words, images, ideas, data or any work from others without attribution, it’s plagiarism, regardless of how many you pulled from.

Self Plagiarism is Style 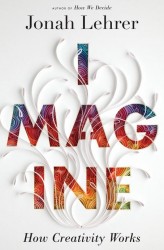 This quote is attributed to Alfred Hitchcock and he was certainly someone who knew about having a personal style.

However, Hitchcock never actually engaged in something that one would call self-plagiarism. While his films certainly had a Hitchcock feel to them, he never attempted to present something as new that was actually written or filmed before.

That is what self-plagiarism is really about. Presenting something as new when you had created it some time ago. This was a big part of what sank Jonah Lehrer’s career.

The truth is that you can have a very distinctive style without committing self plagiarism. If we look at writing, authors can have favorite words, a preferred structure for sentences/paragraphs and topics that they favor. That will make all of their works feel similar without ever actually reusing anything.

There is Nothing New Under the Sun

The most commonly cited origin for this quote (and its subsequent adaptations) is The Bible, in particular Ecclesiastes 1:9. The quote is commonly cited as a reason that plagiarism is acceptable because, if there is nothing original, then there is no purpose in protecting original work.

However, the quote had nothing to do with originality or creativity. Instead, it was a lament about the perceived monotony and pointlessness of life.

The truth is, the ideals we hold today about authorship and plagiarism are relatively new. The word “plagiary” in the context of a copyist was not even used until 1601 AD and it didn’t appear in a dictionary until 1755. For much of history copying was an issue, such as an actual battle over copying in 561 AD, but originality and novelty was not at the heart.

While “Nothing new under the sun” may, for some, be a great lament for the monotony of life, it offers little commentary on creativity. Furthermore, looking at how much the world has changed since that quote was written down, it’s very clear that there is a great deal of new creativity to be found under the sun.

This quote is most commonly attributed to English priest, author and scholar William Ralph Inge. However, not only did he disclaim authorship of it, but the origins of the quote go farther back.

Oddly enough, one of the earliest version of the quotes, according to Quote Investigator (linked above) is a misattribution to Voltaire, meaning it could be a case of an original quote being falsely identified as an old one.

Overall though, when looking at the various versions of the quote, they look at two different things. First, the idea of unconscious plagiarism (mistaking a memory for originality) and the boundaries between influence and plagiarism.

The idea of unconscious plagiarism is addressed by cryptomnesia, which is deals with false memories. There are a few documented cases of cryptomnesia, but they are both extraordinarily rare and deal only with vague outlines and general concepts, not specific wording.

Regarding the boundaries between influence and plagiarism, the matter gets more gray. Everyone is influenced by others and its not just in their creative endeavors. I’m influenced by my friends and family with every decision I make.

However, there’s still a boundary between influence and plagiarism. We see this in copyright law, with the notion of a derivative work, going as far as the create tests for determining substantial similarity (PDF). While clearly there is a lot of debate here, the fact the tests exist show a divide between plagiarism, or at least infringement, and influence.

But the more important element is this. We are all influenced we take our influences, mix them with original work and we create something that is unique, not found in any of the people or works that influenced us. Also, it’s very possible to wear your influences on your sleeve and not be accused of plagiarism, look at The Lion King and Hamlet.

In short, there’s a big difference between being influenced by something and claiming it as your own creation. Attribution, even through homage, is the key to avoiding plagiarism, not avoiding influences.

Plagiarism is the Sincerest Form of Flattery

While the quote is often presented this way, this saying started out life as “Imitation is the Sincerest [form] of flattery” when written by Charles Caleb Cotton in 1824. However, imitation does not necessarily mean plagiarism. There are many cases where one work imitates another while creating something new. As such, this quote has had its meaning changed as a means to provide cold comfort to those victimized by plagiarism.

And cold comfort it is. I’ve never understood how being plagiarized is meant to be flattering. It’s usually billed as “They thought your work was good enough to take” but, in truth, plagiarists usually choose their work based upon what they can find quickly that completes whatever job they need.

Plagiarists aren’t plagiarists because they are hardworking individuals scouring the Web and their libraries to find the best work to claim as their own. They just want something that’s easy and something that works. Being plagiarized, unfortunately, says more about the exposure and availability of your work than it does your quality.

But even if it is a compliment, why would one be flattered by a compliment from a plagiarist? They are, at least in this context, a liar. Their compliments and flattery are inherently meaningless.

Finally, plagiarists hope that no one, including their victim, will notice. If I’m never aware that my work is being copied, how can I be flattered by the use? I can’t.

So, basically, plagiarism is a non-compliment from a source that no reasonable person would accept compliments from and that’s never supposed to be heard by the person who it flatters.

It doesn’t sound much like the sincerest form of flattery.

Sayings like these get started because they are simple, they are catchy and they convey something that people want to hear. However, very little about plagiarism is simple or catchy. If you expect truth about something as complicated and nuanced as plagiarism from a pithy phrase, you’re going to be disappointed.

The truth is that issues of what is and is not plagiarism are difficult and reasonable people can and do disagree. In the end, the only real truth is that there are few absolute rules when it comes to plagiarism and, in the absence of such rules, there’s not much way one can convey the breadth of the conversation in a short quote.

In short, while many of these expressions have been around for centuries, they didn’t capture the essence of the issue then and they don’t today. While I wish there were easy answers, there just aren’t any to be found.