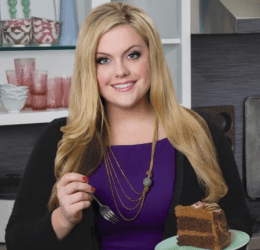 In 2011, Food Network star Anne Thorton lost her contract with the network and her show, entitled Dessert First, was cancelled.

However, according to news that came out in February of the next year, it wasn’t low ratings that prompted the cancellation. Thorton had been at the center of a plagiarism battle, which found her accused of lifting recipes from other chefs, including Martha Stewart and Ina Garten, with only minor modifications.

Thorton, however, protested the allegations saying that “There’s only so many ways you can make them [lemon squares], so of course there will be similarities.”

While Thorton is one of the best known and most public examples of recipe plagiarism, she’s far from the only chef to face such accusations.

This led to an apology and correction by St-Pierre, even if it did little to extinguish the controversy.

But why has recipe plagiarism become such a controversial topic in recent years and what can be done about it? The answer is complicated and to answer it we have to look at both the history of recipe plagiarism and what the law says. 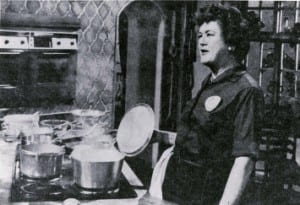 For most of the history of cooking, recipes were shared, passed around, copied and reused without much of a though to attribution. Some of this is because many things can only be made one or two ways and, as Thorton claimed in her comments, it is an issue of chemistry rather than creativity.

But through mass media and, more recently, the Internet and cable television, we have seen the rise of the celebrity chef. While it’s worth noting that this trend goes back much, much farther, the modern history of the celebrity chef begins roughly in the 50s and 60s thanks to the rise of television, with a drastic uptick over the past 20 years thanks to the Internet.

Part of being a celebrity chef is having a large library of recipes for your fans to try. This includes cookbooks, TV shows, newsletters, websites, blogs and more. For celebrity chefs, the pressure to create (or have their staff create) new, original recipes is great, especially considering how competitive the market is.

That debate seems to be demarcated by two extremes. On one hand, you have those who feel recipes can never be owned and that attribution is never needed. On the other, you have those who treat it the same as any other intellectual property, something that can be both plagiarized and infringed.

To that end, we have to look at the law and look at what in a recipe is protectable and what is not.

When it comes to recipes and copyright in the U.S., the law is actually very clear (PDF). Copyright does not protect recipes, “That are mere listings of ingredients,” However, it can, “Extend to to substantial literary expression – a description, explanation, or illustration, for example – that accompanies a recipe or formula…”

What this means is that the basics of a recipe are not copyright protected. The list of ingredients and the actual steps that one takes to complete it are not protectable as they are mere facts and formulas. However, the expression of that recipe can be protected, especially if there is a literary description, images, illustrations or other elements along with the recipe.

This can be very confusing for many chefs. To a chef, the creativity of the recipe is in the recipe itself, not the description of it. However, the law makes it clear that it is that description and expression of that creativity that is protectable, not the actual recipe.

This isn’t to say that you can’t protect your recipe. Many of the most iconic recipes on the planet are protected as trade secrets. That includes the KFC “11 Herbs and Spices” and, of course, the Coca Cola recipe.

However, trade secret protection requires that you make a good faith effort to protect the secret and, thus, publishing it in a book or divulging it on your site would obviously eliminate that protection.

As a result, if you publish a recipe, so long as I use no language and images from your work, I can legally copy it, put it on my site and claim it as my own.

But while I may not face repercussions in a court of law, as Thorton found, there are other penalties for being accused of recipe plagiarism. Because, while the law may not protect the creativity of a new recipe, the cooking community certainly does.

A Different Kind of Protection

While copyright law might not extend protection to recipes by themselves, putting the food industry in the same camp as the fashion industry, the food community has been quick to address issues of detected plagiarism when it can.

However, there are challenges in doing this. First, as stated above, there are many recipes for which there is only one or two ways do something and all new recipes are simple derivatives of that. Not only is prior art often times discovered, but independent creation is very common when it comes to recipes.

With recipes, it’s easier to prove copying and plagiarism when the words and images are also copied, as was the case for blogger Susan Voisin, who had over 200 of her posts lifted and used in an ebook sold on Amazon.

That being said, there are still examples, such as the Dumas case, where a specific innovation can be traced back to one person. In those cases, it is possible for a person to plagiarize without infringing (though that case also dealt with copied text).

Those cases provide the greatest challenge for the food industry as to show recipe plagiarism, one has to have four things happen:

While these are all things common to other types of plagiarism, they become much more difficult when dealing with recipes. But even if a chef can show all three things, often times the only recourse they have is community backlash, which can be difficult to build up and unpredictable when it is applied.

As a result, most cases of recipe plagiarism go unchallenged or, if they are challenged, only in a limited fashion.

Between the lack of legal protection and the difficulties building a case, there often enough reward to justify the struggle.

Nearly every published chef is aware that their recipes are being copied and republished without attribution. However in most cases, especially when dealing with lesser-known or self-published authors, there’s no money or scandal to pursue.

It’s only when better-known chefs get accused of plagiarism that there is any real follow through.

But what is most interesting about the field of recipe plagiarism is that, where most types of creativity worry about the standards of plagiarism sliding, the rules have been tightening for chefs.

Twenty five years ago, an allegation of plagiarism might have been unthinkable for deeds that get called out with some regularity today. In short, demands for attribution are increasing and the cultural norm is shifting toward more attribution.

This at a time where teachers are struggling with ever-increasing plagiarism rates and a concern that the idea of authorship and attribution is on the wane in other areas, including literature, photography and art.

However, enforcing these relatively new standards of attribution will be difficult, but as recent cases have shown, community policing can be effective, at least in the cases where it is practical.