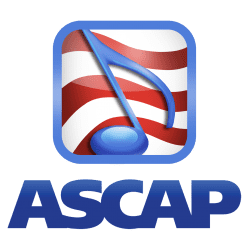 When it comes to copyright, there are few subjects more likely to cause heavy eyelids than music licensing. Not only is it an alphabet soup of acronyms and awash with strange terms, even for those familiar with copyright, but it’s seen as an issue with little bearing on end users.

However, music licensing is rapidly becoming one of the most important copyright issues on the Internet and the strange, opaque world of music rights is rapidly become a subject of public discussion, both in and out of Congress. This is partly because of lawsuits like the one against popular YouTube star Michelle Phan, who is accused of using music in her videos with out a license, but also because of new services like Pandora and Spotify that are trying to find new ways of getting music into your ears.

Music licensing isn’t just a concern for radio stations and restaurants anymore. It is rapidly becoming an issue for the public and it’s a very interesting time for that field. The Department of Justice (DOJ) has started a review of of the consent decrees that cover much of music licensing (at least on the music publisher side) and public comment is accepted through tomorrow.

However, to understand why all of this is so important and coming to a head right now, we first have to understand a bit about music licensing and the consent decrees themselves. 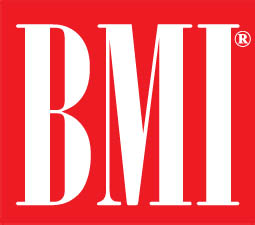 Music licensing is far, far more complex than can be adequately explained here but we have to understand a few basics before we begin.

With every song there are two separate copyrights. First, there is copyright in the composition of the song (the lyrics, sheet music, etc.) and a second copyright in the recording. If a musician writes his or her music, those two copyrights might belong to the same person, but they are still two fundamentally different rights.

From there, there are two types of rights that one commonly seeks. The first is the right to copy/sell music, such as produce CDs or sell digital downloads. The second is the right to play music, such as in clubs, via streaming services, etc. There are also master and sync licenses, which cover the use of a song in a larger media project.

You can see a diagram of how music licensing works at this page.

The crux of it is that there are four different types of common licenses (ignoring master and sync for now). They are licenses to play or copy a recording and licenses to play or copy a composition. In recent years, the right to copy music has become less and less important. As the music industry has moved away from a sale model for music (CD, iTunes, etc.) and toward an access model (Spotify, Rdio, etc.) the licensing model for playing music has come under tighter scrutiny and that is where the story begins.

Enter ASCAP, BMI and the DOJ

The American Society of Composers Authors and Publishers (ASCAP) and Broadcast Music Inc. (BMI) are the two largest performing rights organizations (PROs). They collect license fees on behalf of composers, songwriters and music publishers for public performances of compositions.

These public performances include a wide variety of uses including songs being played in the background at restaurants, cover bands performing in bars (though that would not require a license for the recording) and, increasingly, streaming services online.

Historically, these PROs have wielded extraordinary power. Those who wanted to perform music needed a license from them and there was concern that they created antitrust issues by being such dominant players in the space. In 1941, following a lawsuit by the DOJ, ASCAP entered into a consent decree, basically a settlement, with the government.

The decree, and a similar one signed later with BMI, limited the way the two organizations could operate in several key ways.

The consent decrees haven’t been without benefit to ASCAP and BMI. The decrees have largely kept antitrust issues at bay for the two. Compare that the Society of European Stage Authors and Coposers (SESAC), a third PRO without a consent decree, that is currently the subject of an antitrust lawsuit.

Still, these limitations have cone under fire in the digital age. While the consent decrees have been updated several times since their first establishment, the core of them remains unchanged, even as copyright law itself was overhauled in the 1970s.

And that all came to a head thanks to Pandora. 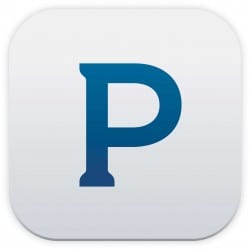 In 2012, Internet radio service Pandora filed a lawsuit against ASCAP in the ASCAP rate court. Pandora said that ASCAP was failing to set “reasonable” license fees for them and sought relief in the courts.

However, the issue changed from royalty rates to a different question, whether publishers could pull their digital rights from ASCAP and other PROs while staying with the PROs for other licensing, such as to bars and restaurants. The court ruled that plan’t do that, that they were “all or nothing” if they chose to partner with a PRO.

This meant that Pandora had a blanket license to use all of ASCAP’s catalogue until December 31, 2015 at the rate established by the rate court in the lawsuit.

However, shortly after the ruling, the DOJ, at the request of ASCAP and BMI, began to look at reviewing the terms of the consent decrees, a process which opened in June of this year, which coincided with a hearing by the House Judiciary committee on the subject of music licensing.

At that hearing, music industry representatives spoke in unison about the need for licensing reform and, specifically, reform of the consent decrees.

The reasons for the reforms and the proposals are important to understand.

The Proposed Changes and Their Reasons

The music industry, by in large, views the consent decrees as being from a bygone era. The original ASCAP lawsuit/consent decree came about after smaller broadcasters complained that ASCAP was unfairly raising rates on them.

While ASCAP and BMI still work with smaller players, including independent radio stations, bars and restaurants, many of the companies they are negotiating with today are well-funded startups and others are companies like Google, which earn many times more revenue than all of the PROs in the U.S. bring in during a single year.

ASCAP and BMI feel that the consent decrees, as written, restrict their ability to get fair market value for their work. They note that Pandora paid some 49% of its revenue, about $313 million, to record labels but only 4%, or about $26 million, to publishers (including 1.85% to ASCAP).

Further, they argue that the compulsory license isn’t relevant in the digital age. When someone writes ASCAP and/or BMI, they are required to grant a license while they begin negotiating. However, many of the companies they negotiate with either shutter or change business models before a license fee can be reached, often never paying anything of the music they used.

Finally, they argue that the forced separation of different rights makes music licensing much more complex and prevents ASCAP and BMI from being a one-stop shop for licensing music, something many licensees say they want.

The DOJ, as part of its evaluation, is considering the following:

If you wish to file a public comment on the consent decree review. You can do today and tomorrow at the email address on this page.

Music licensing isn’t easy but as we move from a purchase model for music to an access model it is going to become critical.

In 2014, the landscape is much more complex than it was in the 19402. That protection has to be weighed against a a different landscape and a different set of needs. A consent decree that protects radio stations can be a burden when having to negotiate with Google or Pandora. Furthermore, protections that prevent monopoly control can actively interfere with efforts to streamline music licensing, a common request for companies entering the field.

To be clear, there aren’t easy answers here. The consent decrees have brought a lot of good things, both to licensees and the PROs, but adapting rules that were originally written over 70 years ago for the digital age is difficult at best. If the Digital Millennium Copyright Act, which took effect in 1998, already looks dated to many, imagine how out of date a set of rules written 70+ yours prior is.

Small licensees still need protection and from potential antitrust issues but there is also a real need for streamlined licensing and greater flexibility for publishers to respond to changes in the market.

As PROs play a bigger role in the music industry, there needs to be a serious conversation about how that role will be structured. Right now though, that role is a complex mess that doesn’t seem to leave anyone very happy. After all, even Pandora had to go through a federal lawsuit to get the rates that it wanted.

There’s a lot of room for improvement and the time to make that move is now, right as the music industry is at this tipping point between two business models