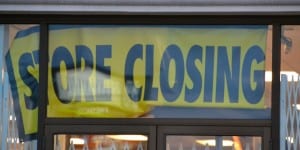 When you hear about the large damage awards, such as those that have been handed down against Jammie Thomas-Rasset and Joel Tennenbaum, is that the verdicts are meaningless because they will just go through bankruptcy and have the awards discharged.

But is that actually true? Can a copyright holder go through the expense and time to secure a copyright judgment and then have it disappear in bankruptcy court?

The answer is, as with most things copyright, complicated. But in many cases copyright judgments are indeed dischargeable in bankruptcy. However, there are still situations where that isn’t the case and it’s important for copyright holders and potential copyright defendants alike to be aware of what those rules are and how they might apply to your case(s).

So today we’re taking an aside into bankruptcy law and it interacts with copyright law. To do that, we first need to look at some basic terminology and rules in both worlds to see how they overlap.

Bankruptcy, at its heart, is a means for a person who is too far in debt to get a fresh start. This is done by releasing them from liability for their debts (discharging them).

There are two common types of bankruptcies in the United States. The first, chapter 7, involves the liquidation of the debtors assets (or at least the assets eligible for liquidation) with the proceeds being divided up among the creditors. Usually, this results in either no money or only a tiny fraction of the debt being repaid.

The second type is chapter 13, which involves the creation of a payment plan to pay some or all of the debts back, but under a court-controlled schedule. However, for the purpose of this article, we’re focusing on chapter 7 bankruptcies, which would be most likely used to address copyright infringement judgments.

Under a chapter 7 bankruptcy, most debts are dischargeable. However, some are not including unpaid taxes, student loans, child support and very recent debts.

Another type of debt is intentional torts or debts resulting rom a “willful and malicious act”. This can include a variety of civil torts, including copyright infringement.

While it might seem obvious that a case of willful infringement would qualify as a “willful and malicious act” that’s not actually the case. As a relatively recent case showed, the word “willful” can have very different meanings depending upon the area of law.

A Differences in Definition

For a long time, it had been assumed that a judgment for willful copyright infringement could not be discharged in bankruptcy. Since the court ruled the infringement willful, it stood to reason that it was a willful and malicious act under the bankruptcy code.

However, In re Barboza changed that.

However, the 9th Circuit Court of Appeals overturned that ruling saying that, while it was true the infringement was deemed willful, that doesn’t mean it qualified as an intentional tort.

This was for two reasons:

With that, the 9th Circuit remanded the case to the lower bankruptcy courts for additional evaluation.

However, the case sent shockwaves through copyright circles. Since willful infringements could be discharged through bankruptcy, it meant collecting on judgments could be much more difficult, even impossible in many situations, giving pause to copyright holders and copyright lawyers alike.

When applying this logic to file sharing, it’s easy to see how larger judgments could get dismissed in bankruptcy courts.

Even though rightsholders have been very successful in showing file sharing infringement to be a willful infringement, proving both willfulness and malice under bankruptcy law is much more difficult. This is why experts have touted bankruptcy as a possible out for both Joel Tennenbaum and Jammie Thomas-Rasset.

But bankruptcy is no walk in the park. It’s a life-changing event that should not be undertaken lightly. Not only is it expensive, one attorney I know charges well over $1,000 for a Chapter 7 bankruptcy, but you could lose valuable assets if you have possessions that aren’t exempted.

To make matters worse, for a bankruptcy court to rule that such a judgment is dischargeable would likely require a new trial and new expenses on top of the normal bankruptcy costs, creating still further burden.

(Note: If you are considering filing a bankruptcy for any reason, including a copyright judgment, I encourage you to consult with a bankruptcy attorney rather than this article, or any other you can find on the web. Rules vary by state and for the federal system.)

The point is that bankruptcy, while a means to avoid paying for a copyright judgment, as well as other debts, is not a desirable path. Still, for those who are hit with extremely large judgments, such as Tennenbaum and Thomas-Rasset, it may be the only path.

What This Means for Copyright Enforcement

For copyright holders, the implications of this are pretty clear: Going to court and getting a huge damage award does not equal a big payday. While they jury awards in some copyright infringement cases are eye-popping, they are rarely are representative of the amount of money that changes hands.

Copyright holders, when building and pursuing infringement cases, need to be aware of the bankruptcy court rules and attempt to establish not just willful infringement, but also that the infringement was an intentional tort under bankruptcy law, especially if there is reason to believe that the defendant might seek bankruptcy relief.

However, doing this could be difficult. In the Barboza case, the copyright holder sent a letter to the couple and warned them of the infringement, only taking legal action after the infringements continued. However, the 9th Circuit felt the behavior could be reckless and not intentional because there was some evidence the additional copies were ordered by a relative to the couple, not the couple themselves.

In short, even taking all of the proper steps, including sending warnings and performing due diligence, might not be a 100% guarantee that a judgment will survive in bankruptcy court.

Still, if you’re a copyright holder seeking a large judgment that will stick, the best thing you can do is work with your attorney form the early stages to build a solid case. While it’s unlikely bankruptcy issues will come up, focusing on building a case that strong will not only help with the copyright infringement case itself, but also help with settlement negotiations.

In the legal field, there is an ongoing joke about the difference between obtaining a judgment and collecting on it. Nowhere is that more evident than here.

If one copyright holder can have a $900,000 judgment wiped out in one ruling, it can happen to others.

Any good lawyer will evaluate a case not just on whether or not it can be one, but whether the costs can be recouped. One of the variables that has to be weighed in that analysis is whether a copyright judgment is likely to be discharged in bankruptcy court.

While that question was fairly simple until about five years ago, the Barboza case changed that and, while it’s only the law in one circuit, it’s been cited favorably elsewhere, indicating that it’s not a ruling that’s going away.

Fortunately for copyright holders, bankruptcy issues only enter into a tiny fraction of copyright cases. Most are settled even before a lawsuit is filed and still more are settled after. Even those that get to a judgment rarely have that judgment then go through a bankruptcy court.

Still, it’s an important metric to consider when considering how to deal with a case and whether to start one at all. Simply put, if there’s a good chance that any victory could be erased, it’s unlikely that the case is worthwhile at all.