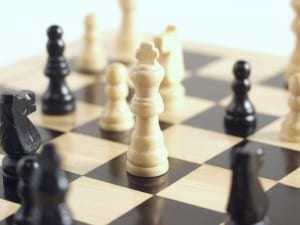 Photographer Mike Boatman recently discovered that one of his images had been infringed in a very egregious way. The infringer took his photo, not even bothering to remove the watermark, and used it prominently in a promotional site designed to drum up to attract new customers.

While he got attribution for his image, as a professional photographer who licenses his work, it was not just an infringement, but a direct affront to his business. However, Boatman had covered his bases and the work was properly registered with the U.S. Copyright Office. It seemed like an open and shut case for a lawsuit.

Unfortunately, Boatman ran into a very serious problem. The infringer wasn’t a corporation or a person, but rather, the University of North Carolina Asheville. Suing them, as Boatman would soon learn, is nearly impossible due to a concept known as sovereign immunity, a rule that makes it nearly impossible to drag state and state agencies being a into a federal court and collect damages.

It’s a bizarre quirk in the law that allows states, and various bodies under them, such as UNC Asheville, to infringe with relative immunity. Though there have been multiple attempts to close this loophole, they have not been successful and there is no clear solution to the problem on the horizon.

As such, it’s crucial for every content creator, large and small, to be aware of the rules surrounding sovereign immunity and, more importantly, what your options are if your work is infringed by a state government entity.

The Basics of Sovereign Immunity

Sovereign immunity, often called “crown immunity” in other nations, is a legal doctrine that says that, since the authority of the court flows from the head of the state (or the sovereign) that the state can not commit any legal wrongs. Therefore, it is immune from both civil and criminal prosecution.

In the United States, sovereign immunity stemmed originally from the Eleventh Amendment to the Constitution, which reads as follows:

However, more recent rulings, including Alden v. Maine, have found that the right to sovereign immunity is more fundamental and existed before the ratification of the Eleventh Amendment.

But while sovereign immunity impacts all areas of law, it’s especially troublesome when it comes to copyright as, since the Copyright Act of 1976, all copyright law in the United States is Federal (other than pre-1972 sound recordings).

Congress has tried to fix this particular issue. In 1990, Congress passed the “Copyright Remedy Clarification Act”. This act stated:

Any State, any instrumentality of a State, and any officer or employee of a State or instrumentality of a State acting in his or her official capacity, shall not be immune, under the Eleventh Amendment of the Constitution of the United States or under any other doctrine of sovereign immunity, from suit in Federal Court by any person, including any governmental or nongovernmental entity, for a violation of any of the exclusive rights of a copyright owner provided by sections 106 through 122, for importing copies of phonorecords in violation of section 602, or for any other violation under this title.

Congress passed similar laws for patent and trademark law. However, the courts held that Congress lacked the authority to pass the laws and that the statements did nothing to reduce or eliminate the protection states enjoy under sovereign immunity on matters of copyright.

In short, currently, there’s no effective way to sue states and state agencies for copyright infringement. Furthermore, there’s no way to simply “clarify the law” and it’s unlikely even a new amendment to the constitution would change the recent tide of court rulings.

This is the way it is likely going to be for a very long time.

The implications of this are fairly straightforward. If a state or any agency directly underneath it infringes your copyright, you can not sue them for damages, only injunctive relief.

It’s worth noting that this immunity does not extend to cities and municipalities within the state, including counties/parishes. Local governments are not granted sovereign immunity, even when acting on behalf of the state.

However, that still means state governments, universities and agencies are all immune and, as Boatman found, it can protect against some very egregious infringements.

While Boatman could sue to stop the infringement, this is likely not worthwhile. The money and energy it would take to file the lawsuit likely would likely be far greater than any benefit received from the lawsuit.

But while the issue looks pretty bleak, Carolyn Wright at Photo Attorney points to one silver lining, namely that it may still be possible to sue the individuals who committed the infringement, even if they were acting in an official capacity.

However, that too can present problems. Damages from significant infringements can reach can reach into the hundreds of thousands or even millions of dollars. Individuals are unlikely to have the kind of money to make a copyright lawsuit worthwhile, especially considering the legal expenses that are incurred.

So, even with that potential out, there are still many cases where a lawsuit over copyright infringement by a state agency is either impractical or impossible.

The good news about sovereign immunity is that it is an issue that rarely comes up. There have been no incidents, so far, of state agencies running piracy rings or running their own version of The Pirate Bay. Though frustrating, sovereign immunity cases, by in large, are similar to corporate piracy claims, issues of too many software installs and, in the case of Boatman, using unlicensed images on a site.

Most states and state agencies still respect copyright law and work hard to ensure that they operate legally. Boatman’s case is notable because, fortunately, it is so rare.

So while it is a strange and potentially annoying quirk in the law, it’s not one that should give too much cause to worry, at least not right now.

So long as states don’t excessively abuse their sovereign immunity rights, it will likely remain a back-burner issue. However, it still can represent a large gap in ones exclusive rights over the content they create.