“It’s a Wonderful Life” is one of the great holiday classics. Directed by Frank Capras, it’s the timeless tale of a man named George Bailey, played by James Stewart, who hits rock bottom on Christmas Eve and is granted, by his guardian angel, a chance to see what life for his friends and family would be like if he had never been born.

At the end of the film, Bailey chooses to live again and races home to a happy ending that is one of the best-known scenes in all of film history. It’s a film and a message that many, myself included, grew up with and something that was a near-constant presence during the holiday season.

However, many have noted that the once-constant playing of the film has slowed to a trickle. Where it once seemed to be on a constant loop during December, it’s now only shown a few times per year.

That’s because the copyright in the film has a story very much akin to George Bailey’s, one of birth, death, finding success and then being allowed to live again. It’s one of the most bizarre tails in copyright history and one that has changed the way families all over the world celebrate the holidays. 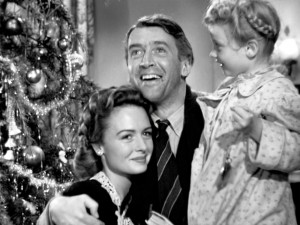 “It’s a Wonderful Life” debuted in 1946 and was based on a short story, “The Greatest Gift”, which was written by Phillip Van Doren Stern in 1939. The film, despite being headlined by James Stewart, one of the biggest actors at the time, was not a commercial success.

The film, in its time, was largely forgotten and that includes the original copyright holders in the film, Republic Pictures.

Under copyright law at the time, a work was protected for 28 years but that copyright protection could trivially be extended for another 28 by paying a small fee and filing a form with the U.S. Copyright Office. However, regardless of whether Republic forgot or simply didn’t feel the film was worth renewing, that renewal was not filed. As a result, in 1974, the film lapsed into the public domain.

But it was in the public domain that the film saw a revival. TV networks, eager for cheap holiday-oriented content, latched on to the film and began to play it during the holiday season. Though near-constant airplay, the film found something it hadn’t before, an audience. It grew from an obscure 1940s film to a holiday classic and became a staple of many families’ holiday traditions.

This is how the film was played for nearly 20 years and it could have stayed that way forever, if an unrelated copyright case had not changed the course of its history forever.

A Second Chance at Copyright 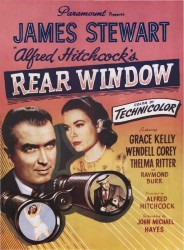 The case, Stewart v. Abend, pitted a production company co-owned by James Stewart against a literary agent, heldon Abend, who purchased the rights to many movies and stories, including the rights to “It Had to Be Murder”, a story by Cornell Woolrich, which the film “Rear Window” was based upon.

Abend sued because aforementioned renewal clause was not just a tool to extend copyright but, in a move akin to copyright termination today, was an opportunity for creators to renegotiate contracts and terms based upon changes in the marketplace.

After he died, Woolrich’s estate renewed the copyright but did not renew the movie rights deal (despite Woolrich’s stated intentions of doing so), instead, it sold those rights to Abend for $650. When the film later aired on television, Abend sued Stewart and the case reached the Supreme Court, which eventually ruled in favor of Abend and upheld the rights the new rightsholder in the work.

For Republic Pictures, this was an opportunity to reclaim control of its film. The copyright in the original story had been properly renewed and was now held by Republic Pictures. Combined with their recent acquisition of the music rights to the film, the company had the rights to both the music and movie’s story, effectively granting them control of the film.

In short, though the film itself is in the public domain, the story and music are not, making it impossible to show the film in its entirety on television without permission from the copyright holders, in this case, Republic Pictures.

In 1993, Republic Pictures began to send out notice of copyright claim letters to TV networks, cable stations and anyone else who might have sought to distribute or display the film.

In 1994, Republic Pictures signed a “long-term” deal granting NBC exclusive rights to air the film, which the station typically does only a handful of times each year.

Just like that, the era of “It’s a Wonderful Life” TV marathons was over, for better or worse.

There are two ways to look at this story and how you feel about it depends largely on the approach you take.

On one hand, you can look at it from the perspective of Republic Pictures and those who made the film. To them, the copyright in the film lapsed due to nothing more than what was likely a clerical error and it went on to become a holiday classic, making millions for TV stations, all without doing anything to recoup the film’s costs or support the people who invested in the film or otherwise made it possible.

On the other, the film only became a holiday classic because of near-constant airplay that was made possible by it being in the public domain and Republic, by reclaiming and enforcing the rights, has severely curtailed what, for many, has been a long-standing holiday tradition.

But whether you feel Republic Pictures is simply reclaiming what is rightfully its or spoiling a cherished tradition out of greed, the one thing that is clear is that holiday television is not the same as it was 30 years ago because of this and the case serves as another example of how copyright impacts culture just as much as culture impacts copyright.

Previously, I talked about the movie “Night of the Living Dead” and how a copyright mistake put it into the public domain and also helped create the modern zombie genre.

However, that never happened with “It’s a Wonderful Life”. An entire genre of knockoffs and clones never followed it. This is in part because the “holiday” genre of films was already well established by the time “It’s a Wonderful Life” was produced. Perhaps the best known film in the genre “Holiday Inn” was released in 1942. Even though it’s a musical, it’s the type of film most commonly associate with “holiday movies”.

It’s also clear that the story of “It’s a Wonderful Life” is atypical of its peers. Even when you look at the films that lapsed into the public domain, most never found a second life or a first audience, regardless of airplay or free distribution.

When it comes to copyright, the story of “It’s a Wonderful Life” is pretty unique. It’s a bust of a film that lapsed into the public domain on accident and then found a huge following due to repeated airplay. After that, it managed to find itself back under copyright protection and in a position to exploit the work once thought to be out of copyright forever.

The movie, like its protagonist, has certainly had a once-in-a-lifetime opportunity and it’s clear that Republic Pictures is working to make the most of it.