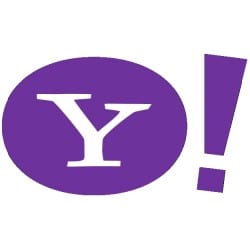 The news came down today that, after nearly a week of speculation and rumors, Yahoo! has concluded its buyout of Tumblr, the popular blogging and social networking site. The deal, worth $1.1 billion, is one of the largest of its kind and represents a bold move for both companies.

Yahoo!, for its part, promises “not to screw it up” but Tumblr users have responded with a great deal more skepticism. According to Automattic, this has included a spike in blog posts being transferred from Tumblr to their WordPress.com service and, according to other news sources, a lot of general outrage by users of Tumblr.

But whether this is a lasting problem for Tumblr or just another case of Web users being adverse to change, similar to Instagram users’ reaction to the Facebook buyout, remains to be seen.

But when two Internet giants merge like this, it affects the landscape in many different ways and one of those ways is, inevitably, copyright.

While the buyout doesn’t mean there’s new legislation or new technology to ponder, it does affect the practical realities of copyright on the Web so it’s worth taking a moment to step back and think about what this means for both the current Tumblr uses, those who have to deal with Tumblr on copyright matters and the Web at alrge.

The straightforward (and human readable) Tumblr TOS makes it pretty clear that there’s not much that changes for existing Tumblr users.

According to it, users of Tumblr grant the service a:

a non-exclusive, worldwide, royalty-free, sublicensable, transferable right and license to use, host, store, cache, reproduce, publish, display (publicly or otherwise), perform (publicly or otherwise), distribute, transmit, modify, adapt (including, without limitation, in order to conform it to the requirements of any networks, devices, services, or media through which the Services are available), and create derivative works of (including, without limitation, by Reblogging, as defined below), such Subscriber Content.

If you don’t like this, you can terminate your account. Tumblr’s TOS does provide a termination clause and says that terminating your account will result in Tumblr making “reasonable efforts” to make your content inaccessible. However, you have to bear in mind that your content will live on in three ways:

It’s the latter that will be the most difficult for leaving Tumblr users. Since those users had a license to reblog and reuse your Tumblr content (due to the Tumblr TOS) there isn’t a way to effectively remove this content from Tumblr.

However, that was always the case and is not something changed by the Yahoo! buyout.

If you don’t have an account with Tumblr but routinely find your work appearing on the site in an infringing way that you choose to stop, it’s unclear how this merger will impact your situation.

The most likely outcome is that there won’t be any change in the process. Yahoo! has made it clear that Tumblr is remaining independent and will not be moving its offices. This means, most likely, it will be keeping its existing DMCA process.

In that regard, Tumblr will operate more like YouTube does now, a separate company with a separate copyright process from its parent, Google.

However, even if Yahoo! does take over Tumblr’s DMCA process, it would not be a cause for alarm. In my experience, and seemingly others, Yahoo! has traditionally been very cooperative with DMCA matters, responding to valid notices quickly and appropriately.

While I don’t anticipate any changes, it would not be a disaster if there were.

While the practical realities do not look to shift drastically, where the Yahoo!/Tumblr deal could have a bigger impact is with a more vague and difficult to define issue.

With the buyout of Tumblr, one of the Web’s most prominent independent companies has come under the wing of one of the established giants. Google, Microsoft, Yahoo!, Facebook and Twitter combine to control a large part of our lives online.

This impacts us in many different ways, including our privacy, our ability to make choices about where we want to go and, yes, who has licenses or otherwise the ability to use our copyrighted works.

These companies don’t just know a great deal about you, they have a license to use your creations and, as the Yahoo!/Tumblr deal shows, they can transfer that license or sublicense it as they see fit.

This is a tremendous amount of control and it should make users nervous. Though none of these companies do anything too unscrupulous yet, it’s importnat to remember that Facebook and Google both have been caught up in TOS controversies.

As fewer companies hold more and more rights to our works, that gives them power that we should be reluctant to share.

In the end, there’s not a lot that will change in the immediate future. The practical realities of the Web won’t shift drastically with this deal.

However, the consolidation should still give us all pause to worry. Every time we agree to a TOS, we’re giving away a license to our work and as those rights become more and more centralized, that gives companies an amazing amount of power not just in terms of what they know about us, but also what they can use that we create.

The Yahoo!/Tumblr deal won’t be the last of its kind and I’m sure speculation will start soon about the next big one, but, it’s important to be mindful of what these mergers mean in the bigger to continue to make decisions about whether or not the tradeoffs of using these services are worthwhile.