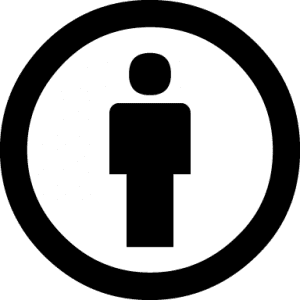 I am pro-copyright. I make no secret of that.

I believe that artists and other content creators, who invest the time, money, expertise and creativity into a work of expression deserve, within reason, the right to control it. While there are good debates to be had about how far that protection should go, how long it should last, etc. I always put the creator, in particular the individual creator, at the forefront of my mind.

However, many people who are also pro-copyright have criticized me, often unfairly, for being a supporter of Creative Commons. I have used Creative Commons licenses on my works for over nine years (shortly after their launch) and I continue to use one today. I also routinely use Creative Commons-licensed content, including the intro/outro to the Copyright 2.0 Show and various images on this site.

But while I may not agree with or participate in everything that Creative Commons has done or helped create, I still believe the core vision of Creative Commons, its licenses, are valuable and useful.

The reason is simple: It’s all about choice.

Believing that every artist and content creator should have control over their work does not mean that they should all choose to follow the same path to exploiting or commercializing it.

Many will likely feel that the best route is a traditional one, seeking a regular commercial publication and selling copies of their work. Others, however, my find that their best path lies in giving their work away for free and making money from their time. Others may not want to commercialize it at all and, instead, choose not to earn anything at all.

I agree with each of these choices because they are the choices of the content creator. However, the execution of those choices can be difficult. Copyright law is permission-based, which I believe it should be, and the drawback to such a system is that giving away rights can be difficult. Creative Commons helps address that by making licenses that are in sound legalese and are human-readable as well.

This gives content creators more choices for how to take advantage of their work. Want to encourage distribution of your ebook, make a video available for remixing or make a song available for podcasting? A CC license adds a layer of legal certainty.

If you don’t want these things, you don’t have to do anything. You can continue to use the existing “ask first” copyright rules that exist by default. Creative Commons is NOT for everyone and it doesn’t attempt to be.

For all of the hatred some seem to throw at it, Creative Commons is not trying to force copyright holders to do anything and, for those who do choose to use it, it’s not particularly revolutionary.

Creative Commons actually relies upon the law itself to function. Abolish copyright or drastically change it, there’s no Creative Commons, just as there is no GPL or other open licenses.

Creative Commons highlights this on their about page saying that:

“The infrastructure we provide consists of a set of copyright licenses and tools that create a balance inside the traditional “all rights reserved” setting that copyright law creates.”

But beyond copyright law reform, Creative Commons is not particularly revolutionary in practical application either. For the most part, people use the licenses to do what they were doing before they had the license, allowing others to use the work with attribution. For most, using a CC license is less about a radical change in policy and more about a careful expression of an existing one.

In short, Creative Commons isn’t trying to rewrite the law, it’s not crafting a replacement for copyright law (which it couldn’t do anyway) and it’s not trying to strip rights from those who don’t want to give them up.

Creative Commons licenses are about creating new options and tools that can help creators better use/share their work. Nothing else.

To be clear, I’m not claiming that I agree with everyone who has ever worked with Creative Commons in all of its history or even everything that the organization itself has said or done. I’m also not going to say that the Creative Commons hasn’t disappointed me in some ways nor am I going to say that there aren’t legitimate criticisms and concerns.

In short, it can enable new business opportunities for artists and reduce infringement (or at least the temptation thereof) by offering a legitimate path to the desired use.

For many, Creative Commons is not the right approach and that’s fine. Creative Commons, instead, is there for the people who would benefit from it, giving them ways to experiment with new approaches with relative legal certainty.

Is it ideal? No. But it’s much better than the alternative.