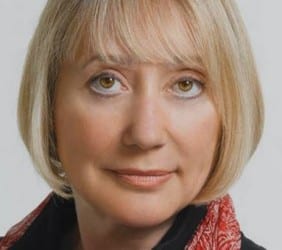 Though Margaret Wente may not be a household name in the U.S., she is definitely well known in Canada where she is one of the most prominent columnists (writing three times a week) at the nation’s second-largest Paper, The Globe and Mail.

However, now Wente’s reputation, and possibly her career, may be in jeopardy. Allegations of plagiarism have begun to surface against Wente and, even though some of them have been floating around for years, the allegations are gaining traction. So far, the story has been getting mentions in The Guardian (a UK paper), Macleans (a news magazine in Canada) and, perhaps worst of all for Wente, across social media including an active Facebook campaign.

But this time the barbs and attacks aren’t just reserved for the columnist, but also for The Globe and Mail’s public editor, Sylvia Stead, who many feel has failed in her job as a representative for the public in the newsroom.

The case is causing many to question not just Wente’s writing, but Stead’s capability as a public editor and even the role of the public editor in general. While it may have been a “summer of sin” for U.S. journalism, it could be this Canadian case that truly rattles the industry to its core.

To understand why, we have to look back at what this scandal is, how it came about and what is being done about it.

The Story (So Far)

Wente is no stranger to allegations of plagiarism. In 2009, Wente was accused of penning a column about cell phone usage that was very close to an earlier piece by Maureen Dowd, including using a quote in a way that made it appear she had spoken with a Harvard Professor when she was actually pulling the quote from Dowd’s article.

However, the claims ended up not gaining much interest and, eventually, was mostly forgotten.

Earlier this month blogger Carol Wainio, who is also a visual arts professor at the University of Ottawa, began writing on her blog, Media Culpa, about other alleged copying done by Wente. In columns on the 11th and the 13th she outlined similarities between Wente’s column and other works and other perceived journalism ethical issues.

However, it was Wainio’s post on the 18th that has drawn the most attention. In it, she took a closer look at a 2009 column written by Wente entitled “Enviro-romanticism is hurting Africa” and found textual overlaps between Wente’s work and five other sources, all either unattributed or inadequately attributed.

This in turn brought the case to the public editor, Sylvia Stead, who published her response to the allegations on the 21st. In it, she said that she had investigated the matter, including speaking with Wente and reading all of the works involved (save one that had been ordered). Stead said she found “some truth to the concerns but not on every count” and appended a footnote to the column that says:

Editor’s Note: This column contains views and statements by Professor Robert Paarlberg which are paraphrased and not always clearly identified.

That response kicked off a fire storm of controversy, especially among other journalists, who have called the “shockingly inadequate.”

But is this scandal everything it’s being built up to be? I decided to take a look at the evidence presented and find out.

Looking at Wainio’s latest allegations, it’s almost immediately clear that at least some copying did take place. In several cases dozens of words were reused either verbatim or near-verbatim with the work either being inadequately cited of not cited at all.

The worst example, the one addressed by the new footnote, involved Wente using nearly 40 words from Paul Paarlberg without quoting him as the source, though she did use quotes and proper attribution on another quote by him, but Wente pulled that portion from a different publication (which she also failed to cite properly). Other passages in the story that were lifted either verbatim or near-verbatim were shorter, usually around 20 words each. As the article goes on the overlap gets smaller and smaller and the evidence less and less compelling.

But what I find egregious in this case is not the allegations of plagiarism themselves, which may or may not be a part of a systemic problem with Wente’s work, but The Globe and Mail’s response to it.

The job of the public editor is to be a liaison between the newsroom and the public, an ombudsman representing the public on matters of integrity and quality of reporting. The position was created by The New York Times in 2003, in the wake of the Jayson Blair scandal. Other newspapers have also adopted the practice, including The Globe and Mail.

Stead’s response, however, has been completely inadequate. First, by Stead’s own admission, she posted her response and took action before the her investigation was complete (She has not read one of the works involved as it is on order). Second, she showed clear favoritism to Wente, referring to her as “high profile columnist” and Wainio as an “anonymous blogger” (though other publications were able to locate and publish her name).

However, more seriously, there was no investigation as to how the passages got into the article and no examination of other content by Wente, not even a small, random sample. This means we do not know how serious these allegations really are nor do we know if there are other example.

Fareed Zakaria, for example, was suspended and investigated deeply for far less than what Wente is accused of. He was only allowed back to work after his other work was cleared.

While Stead is right that there are great challenges involved in investigating such an old column, it seems as if Stead simply gave up, accepted Wente’s word and didn’t look deeper. That is likely a terrible mistake because, as the scandal grows, others will be looking into Wente’s work, very deeply, and additional discoveries of plagiarism would hurt less if they came from her employer and not another “anonymous blogger”.

In short, while the evidence may not yet support the firing or even the disciplining of Wente, it does warrant an investigation and, to date, that has not happened in a detailed and impartial way.

Strangely, I think that things might be better for Wente if she were receiving a serious investigation. If this is the only column with a serious issue, Wente could be treated like Zakaria, suspended for a week, investigated, cleared and returned to work all within a week and with her reputation largely intact.

Now the charges are going to stick with her for a long time as countless people on the Web rush to find the next example of Wente plagiarism. The cloud of suspicion will always remain over her, regardless of how serious and pervasive her misdeeds may or many not be.

If there are not other issues, a thorough investigation should clear her quickly and the article can be amended. If there are other issues, they will be found and the news will be a lot worse coming from bloggers and other newspapers.

However, the worst part of this may be that this scandal has the potential to erode trust in the role of the public editor, which is a position designed to prevent and deal with these types of issues. The position that was designed to restore trust in newspapers may now be helping that trust.

No matter what, I doubt that this is the last we’ll hear about this case as I suspect the matter is far from over.

On Monday night, after this article was posted, Margaret Wente published a new column where she responded to the allegations. In it, she admitted that she made “mistakes” in her 2009 column but also said that she is not a “serial plagiarist”.

According to Wente, “Journalistic practice around quotations and attribution has become far more cautious in the past few years, and mine has, too. If I were writing that column again today, I would quote and attribute more carefully.”

Wente, however, attacked Carol Wainio, saying that her site is “An obsessive list of accusations involving alleged plagiarism, factual errors, attribution lapses and much else,” that her paper has spent “countless hours” investigating and has corrected when appropriate.

Wente concluded by saying, “I’m sorry for my journalistic lapses, and I think that, when I deserve the heat, I should take it and accept the consequences.”

It’s also been reported that The Globe and Mail has taken some action against Wente though the details of that discipline are being kept secret.

Finally, the much-maligned public editor, Sylvia Stead, now reports directly to the publisher and is “fully autonomous from the newsroom.”

While I’m glad to hear that the public editor is now autonomous from the newsroom, which is how the position is designed to work, I’m much less thrilled with the paper’s response. There’s been no clear investigation (it’s unclear if the discipline was even warranted) and there’s no transparency in what they are doing. The secret nature of the punishment only highlights that.

As for Wente’s apology, whether or not she is a serial plagiarist is not the point at this time. The article in question was deeply flawed and her attacks on Wainio and to claim that there has been a major shift in journalism ethics in the last three years is, frankly, inappropriate. Her column was from 2009 and the Jayson Blair scandal, which is what helped create the title “public editor” was in 2003. The standards for quotation and citation have been largely unchanged in newspapers since before that. This article would have been more acceptable in 2009 than today.

The evidence doesn’t support Wente as a serial plagiarist, though that evidence may come, but it seems that neither The Globe and Mail nor Wente herself are being completely transparent with their responses and that will, most likely, only fan the flames.

The news today on the case is that the Canadian Broadcast Company (CBC) has announced that they have suspended Wente from their bi-weekly radio program Q. Q is a media panel that, according to the CBC, aims to “Scrutinize media coverage, tactics, standards, and ethics.”

The CBC described Wente as a regular freelancer on the show and said that relationship is suspended though they are following the case closely.

Also, the Globe and Mail’s public editor, Sylvia Stead, also posted a new response, entitled “Public Editor: What We Need to Do Better” that looks at what reporters, editors and herself need to do better at the company. The article offers some “Lessons learned” from the ordeal.

Note: Margaret Wente Image By: Curtis Lantinga for The Globe and Mail