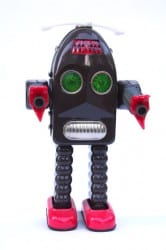 A recent article in Torrentfreak asks a simple question “Should Bogus Copyright Takedown Senders Be Punished?”

This has been coupled with another article on the same pointing out that many DMCA notices with Google are filed against sites that no longer exist and it comes on the heels of UStream’s copyright bots disabling the Hugo awards stream for showing legitimate clips of Dr. Who.

It seems to many that copyright holders are being allowed to run roughshod over the Web, shooting first and asking questions later without suffering any consequences for the bad takedowns. This has caused many wonder if the law needs to be adjusted so that who file bad DMCA notices suffer a consequence or, at the very least, companies are encouraged to be more careful with their filings.

However, this issues raises a completely separate discussion regarding takedowns and we find ourselves pondering solutions that would not only be ineffective, but likely worse than the problem itself.

To understand why it’s so difficult to battle bad takedown notices, we have to first take a look at the problem itself and the solutions that have been proposed.

There are only two reasons non-infringing content will be hit with a DMCA takedown: Malice and Accident

Cases of malice are widely publicized and often times become court cases. These involve people using the DMCA to silence critics, stop discussions they don’t like or generally shutter Web pages they would rather not exist, regardless of what the law says.

But as bad and as widely publicized as these cases are, they are also very rare. By a wide margin, most bad DMCA notices are by accident and they include three different types of mistakes:

The first problem is not very common but it does happen a good deal with novice filers such as in the Michael Crook case. The second type of problem is very common with the use of automated detection, though sometimes copyright holders get sloppy, such as when Hotfile sued Warner Brothers for ordering takedowns of every file with “Box” in the name.

The third one is the most difficult and it gets increasingly difficult the larger the company is. Not only are many issues of copyright, such as fair use and derivative work, abstract concepts that two people can reasonably disagree on, but a large company may not always know who is licensed to use what. DMCA filers, who are often contractors, likely have incomplete or outdated information on licensed uses of the content.

Still, it stands to reason that there is some safeguard against bad DMCA takedown notices and, fortunately, there is and it’s already in the law itself.

Under the DMCA, Section 512(f) makes says the following:

Any person who knowingly materially misrepresents under this section â€”

shall be liable for any damages, including costs and attorneys’ fees, incurred by the alleged infringer, by any copyright owner or copyright owner’s authorized licensee, or by a service provider, who is injured by such misrepresentation, as the result of the service provider relying upon such misrepresentation in removing or disabling access to the material or activity claimed to be infringing, or in replacing the removed material or ceasing to disable access to it.

However, there is a noticeable limitation in the law. Namely that, for there to be any legal repurcussions, the filer has to “knowingly materially misrepresent” which means that a simple mistake is not cause for legal action, no matter how much damage was actually done.

To make matters worse, proving that someone knowingly materially misrepresented anything is a very high bar and, often, there’s no evidence to prove such a misrepresentation took place.

As such, only a small handful of Section 512(f) cases are brought, even in cases where likely is a deliberate misrepresentation, and most cases of DMCA filing gone awry are unpunished though, if the person who was filed against wishes, they can usually get the content restored via a counternotice, however, even those can be problematic.

Some of the Proposed Solutions

As a result of this, many have proposed “solutions” to the DMCA problem. Most of them come from those who are opposed to the DMCA process (or even copyright) but it is still worth discussing the problem with many of these proposals.

One proposal has DMCA filers put up some form of deposit with every notice and, if the notice is found to be valid, the deposit is returned, if it is invalid, it is kept. The problem with that is not only does it place a temporary financial burden against the filer, which is against the law, but it also places an extra burden on the host who, in addition to handling the notice, also has to handle funds coming and going.

Given that most notices are valid, it’s unlikely that hosts would earn any revenue from this, especially if the amount per notice was small, and it would just be another headache for them to deal with.

Another solution simply had DMCA filers paying for the right to file a notice. However, that punishes smaller content creators much more greatly than larger ones. The DMCA is the only practical tool that smaller content creators have for protecting their work and this would make it too expensive to use for many, even if the fee is a mere token. So while it would curtail use (and abuse) of the DMCA by larger filers, it would hit the smaller copyright holders first.

One final solution is to have DMCA filers who file bad notices endure some kind of punishment, whether it’s a fine, being ineligible to file notices in the future or, for some extremists, jail time. Not only does this inevitably punish large-scale filers more, who are going to make more mistakes just because they file more notices, but it also creates a dichotomy were most people who intentionally break the law (infringers) escape punishment but those who accidentally break it are punished harshly.

In the end, most of these systems were designed not to fix the problem of bad DMCA notices but to make filing DMCA notices impractical, if not impossible. In short, it’s not an attempt to address the issue, but to shut down the system.

The Elephant in the Room

Of course, through all of this there is something of an elephant in the room. Namely that most bad DMCA takedowns aren’t bad DMCA notices at all. They’re something else altogether and outside the law.

For example, with the Hugo Awards, it wasn’t a DMCA takedown that terminated the stream, it was UStream’s own bot, which is run by Vobile, that killed it. There was no notice filed and the entire process was automated and saw no human involvement at all.

The same is true for the aftermath of the Democratic National Convention, which was flagged not by a DMCA notice, but by YouTube’s ContentID system.

YouTube, UStream and other popular sites use these systems to remove suspect content without the need for a DMCA notice. They do it because it’s faster, more efficient and easier than processing thousands of notices per day. Also, many of the big content providers ask for such systems as a part of partnership agreements with these companies.

However, these systems are not required by the DMCA as it is written and are used by these companies, not to follow the law, but to save money and forge partnerships. However, when you agree to the TOS of these companies, you also agree to be bound by these tools as none of these companies are legally obligated to host anything for you. They can take down anything they want at any time for any reason, copyright being just one of many potential avenues.

And these systems are widely used. Even sites that don’t do matching, such as many file locker services, offer backdoors for copyright holders to remove suspect material without a DMCA notice just because it’s easier to do so.

In short, more and more content is being removed not by DMCA notices, but by means outside of that law and no simple change to the DMCA can fix that problem.

Does all of this mean that there isn’t room to improve the DMCA to better protect against false or incorrect takedown notices? Absolutely not.

One simple change that could make an impact is to change section 512(f) to read “knowingly or recklessly materially misrepresents” meaning that accidents caused by extreme negligence can also be dealt with legally. This would be used in cases where copyright holders were so aloof with their DMCA filing that bad notices were inevitable, even if they weren’t completely intentional.

This would add more teeth to section 512(f) and that would also help copyright holders as that section also applies to filing false counternotices.

While there are other changes that can be made and should be considered, increasingly, the bulk of the problem is outside of the law itself and involves hosts that, like copyright holders, are so overburdened with copyright complaints and issues that they are turning to third-party solutions to circumvent the DMCA and remove content before notices can be filed.

That being said, it doesn’t necessarily mean that these systems are bad. After all, the vast majority of items pulled down by these systems are actually infringing and mistakes are going to happen with any process, whether it is by a bot or by a human.

No system created by man is going to be perfect and that includes any law or technology. Minimizing mistakes is a noble effort, but if your goal is to eradicate them then it’s a goal like stopping crime or eliminating piracy, its unattainable from the outset.

While we should certainly work to avoid bad copyright takedowns and punish those who abuse the law, either maliciously or recklessly, we can not expect perfection.