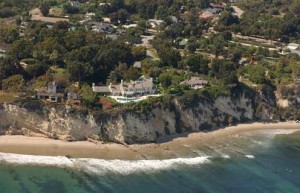 Attorney Charles Carreon and one of his clients, FunnyJunk, are learning a hard lesson about the way the Internet works.

Carreon, on behalf of the comedy site FunnyJunk, sent a letter to Matthew Inman, the creator of the webcomic The Oatmeal, seeking removal of allegedly defamatory statements from Inman’s site and some $20,000 in damages.

However, rather than silencing Inman’s criticism of FunnyJunk (and their copyright policies), the story has exploded. in the past few weeks the story grew from an old spat between two sites to involve a fundraising effort that Carreon has attempted to shut down and now filed a lawsuit that sees Carreon, separate from FunnyJunk, suing Inman, Indiegogo (the organization hosting fundraising effort and the two charities.

Where once results 2 and 3 in Google for the term “FunnyJunk” were Inman’s criticism of the site, now the first several pages feature news related to the story. FunnyJunk is now more in the spotlight than ever and even the EFF is getting involved, offering to help represent Inman.

The Carreon/FunnyJunk/Inman dispute is a prime example of The Streisand Effect at work. It’s the effect by which an attempt to silence or censor information on the Web results in much more attention being drawn to it.

There are countless examples of this on the Web, but any copyright holder seeking to protect their work on the Web needs to be aware of what it is, what prompts it and how best to avoid it.

Fortunately, the concepts behind it are fairly straightforward if one just understands where the term comes from.

The History of The Streisand Effect

The Streisand Effect is named after the famous singer Barbara Streisand.

In 2002 a photographer studying coastal erosion along the California coast took thousands of photographs of the coastline from a helicopter and had put those images into an online database to aid in awareness of the issue and, hopefully, have the public help spot problem areas and address them.

However, one of those photos captured the back of Streisand’s California home, which was adjacent to a cliff at the ocean’s edge.

The image was just one of over 12,000 images in the database but Streisand was still upset about its inclusion and public posting. In early 2003, she filed a lawsuit against the photographer and several other companies involved seeking some $50 million in damages.

The result was ugly. The story, and the photo, spread like wildfire across the Web, Prior to the lawsuit, the image had only been accessed six times and five of those times were by Streisand, her legal team and her neighbor. Now, Google Image Search reports there being thousands copies of the photo available online (in many different variations), likely gartering tens thousands of views per day even now.

It was after this backfire that the term “Streisand Effect” was coined by Mike Masnick at Techdirt. However, Streisand isn’t alone in feeling it. Consider these other examples:

So why does the Streisand Effect happen and what can be done about it? There aren’t many easy answers but a lot of reasons to be careful.

What Causes The Streisand Effect

The Streisand Effect is caused by someone trying to prevent distribution of something that another group, large or small, feels should be distributed and talked about.

For example, in the Carreon case, Inman’s readers (as well as much of the rest of the Web) felt that Inman had the right to voice his concerns and and frustrations with FunnyJunk and that, combined with the outrageousness of Carreon’s initial demands, prompted the Web to make the story a major news issue, spreading both the story of Carreon’s letter and Inman’s concerns with FunnyJunk.

But the problem is that, on the Web, there are countless instances every day where someone is trying to silence a piece of information they don’t want out. In fact, Google alone reports receiving nearly 2 million URL removal requests per month. Almost none of those result in a Streisand Effect.

Trying to predict when and where a Streisand Effect will happen is almost impossible. However, there are a few variables that seem to offer some indication as to how likely an attempt to silence something will go viral.

Anytime you try to silence speech on the Web, no matter how legitimately, this is the risk you take. It’s just a matter of how great the risk is.

How Common is the Streisand Effect

Major backfires that get the attention of mainstream media and truly go viral are rare, even if they are very well documented and publicized. There are rarely more than a few truly massive examples of The Streisand Effect per year and they are typically reserved for major blunders or large political issues.

However, smaller ones are an issue as well. For example, Scubaboard, a forum for scuba divers, was recently sued by Maldives Scuba Diving over allegedly defamatory comments made by members of the community.

The lawsuit and the name change didn’t go viral in the way the Carreon case or the Streisand case did, but it did spread far and wide in the scuba diving community at large, drawing a great deal of unwelcome attention to the case.

These types of cases of the Streisand Effect are much more common and, to someone operating in a niche, much more dangerous.

In the end, the safest thing you can do is only use the laws as they were intended. If you have a copyright issue with someone, file a DMCA notice or take other copyright action. However, don’t attempt to use a DMCA notice to silence speech you feel is defamatory or that you otherwise don’t like.

Basically, be aware that there is no law out there that is a silver bullet for getting rid of everything you don’t like on the Web and that, if you try to treat it as such, there’s a decent chance that you could find out just how difficult it is to make the Web bend to your will (and how hard it can snap back).

In short, if you’re smart about how and why you protect your works, there probably won’t be a problem. Still, it’s worth being aware of the Streisand Effect so that you can avoid it if you sense the situation is too risky.