Very few copyright issues are as divisive or as headache-inducing as fan creations. Whether it is fan fiction for a popular fantasy series or fan art of a popular movie, these creations almost instantly walk into a copyright mess that can be enough to make even the boldest attorney cringe.

Yet, fan fiction and fan art both remain wildly popular and widely tolerated on the Web. There are large communities dedicated to, such as Harry Potter fan fiction, even after Rowling successfully sues another fan creation in court.

So, while an entire blog could be dedicated to the top of fan creations in copyright, we’re going to take a brief look at the issue and try to understand where we sit on the issue today. 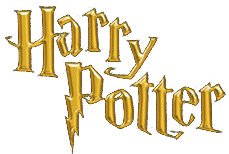 As was confirmed in the recent “Catcher in the Rye” case, characters can be granted copyright protection as can many other non-expression elements of the original work. This is furthered that most fan creations are built upon plot elements and other copyrightable parts of the original material.

That being said, fair use may protect some fan creations from being an infringement, but that is handled on a case-by-case basis, looking at the facts of the actual work. However, most fan creations, by their very nature, don’t parody or criticize the source material, which would provide a great deal of protection, nor are they highly transformative, meaning that they are less likely to win in the even that such a suit takes place.

It is also worth noting that fan fiction and fan art can be a trademark violation as well, especially if it uses names and titles in a way that causes confusion as to whether they are official. Trademark disputes over fan creations are rare, but still possible.

Yet, despite a relatively strong legal position, lawsuits over fan fiction and fan art are extremely rare. This is especially odd considering that many of the rightsholders who are the most common target of fan creations are also among those most aggressive at stopping other infringement of their work.

So why has fan art thrived? The reason is actually fairly simple.

From a copyright holder viewpoint, fan fiction and art is usually not very harmful. Fans create works that are openly recognized to be non-canon to the story and are not replacements for the original.

In fact, some feel these fan communities actually serve a valuable service to copyright holders by providing a thriving site for fans to visit, keeping them entertained and engage between official releases. In short, since fan creations don’t take away sales of the original work, they are often seen as free promotion and a way to grow the brand without cost or effort.

The bigger issue, however, is the cost of going to war with fans. Being litigious with creators of fan art can be very costly, not just in terms of court costs, but in terms of backlash. No creator wants to sue their fans, especially when the fans aren’t earning revenue, and as such most creators will tolerate fan fiction and art under most circumstances.

Some even go as far as to create fan site kits, for the purpose of aiding the creation of fan Web sites. This includes Blizzard with World of Warcraft.

Fan fiction and fan art communities, in turn, usually have a set of rules that they follow to preserve their symbiotic relationship.

First, they agree to not profit from or sell copies of their creations. Though some of the communities run ads to cover hosting costs, most do not turn any profit and the individual authors never sell their works. Second, they always proclaim that their work is unofficial and has no connection with the creators. Finally, they respond to requests from the copyright holder to remove content and work with the creator as needed.

In short, the community works to ensure they don’t hurt the original creator’s ability to profit from the work and the creator tolerates what is technically a copyright infringement in many cases. Everyone seems to be happy though, on rare occasions, the system can break down.

Problems with the System

Though any unspoken and unsigned agreement can break down for a number of reasons, on matters of fan creations, there are typically two causes.

These are the cases that result in conflict between authors and fan fiction/art communities. The Harry Potter Lexicon case is an excellent example of a fan crossing one of the lines as the Lexicon had been a free site for many years, well-tolerated by Rowling, and it was only when a book was to be made for sale that the issue became a legal one.

Granted, not every fan artist who sells copies of works is pursued, Magic the Gathering, for example, seems to have many artists that sell fan art of the cards but Wizards of the Coast, the makers of the game, don’t seem to actively be pursuing (at least not that I’ve heard).

Still, that is the most common tipping point between when a fan creation goes from being a “tolerated infringement” to a legal matter.

That being said though, every creator has right to make the choice for themselves where they want the line drawn and to enforce that line as they see fit, an important thing to remember when dealing with fan fiction and fan art.

If you’re interested in creating fan fiction or fan art, here are a few quick things I would say to do to make sure you don’t find yourself in a copyright or trademark conflict.

By no means do these steps prevent fan fiction and fan art from being a technical infringement, but they may help your use of the content be considered a tolerated and even respected use of the source material.

The key point to remember is this: Fan fiction and fan art are, usually, an infringement of the right of the copyright holder to prepare and license derivative works based on the original. This is almost without exception.

However, many copyright holders, for good reasons, tolerate fan art and even encourage it, but this should not be taken as carte blanche to do what you want with the source material. There are many lines that a fan artist can cross and wind up in legal trouble.

Your best bet is to study the rules for your community and obey them closely. If you do that, you should be fine but always remember that your creations only exist through the good graces of the copyright holder and they can change their mind at any point.

If you’re not comfortable with that, then you’re better off creating your own, wholly original work. Not only do you not have the threat of being shut down hanging over you, but you also have the right to exploit the works however you see fit.