Earlier this month, the internet learned the story of Filip Miucin, the former editor at IGN who was let go after it was discovered he had plagiarized much of his review of the video game Dead Cells.

At the time we first wrote about Miucin, he had only been accused of one very peculiar plagiarism. However, in a revelation that should surprise none, far more plagiarism has been discovered since that first article.

It began when Kotaku noticed similarities between Miucin’s video review of FIFA 18 for the Nintendo Switch and a review on NintendoLife. This prompted Miucin, in a now-removed video, to openly challenge Kotaku (or the internet at large) to keep looking for more plagiarism saying “please let me know if you find anything.”

Find things they did.

As more allegations surfaced, IGN removed nearly all of Miucin’s work from their site and the case seems to be coming to a close as Miucin even admits that he reads and researches other reviews of a game before writing his own. Though Miucin claims that this is typical of reviewers, other video game reviewers sharply disagree.

But, as Miucin’s story comes to its conclusion, the question shouldn’t be “What do we do with Miucin?” Instead, it should be “How do we prevent the next Miucin?”

The answer is that it may not be possible, but there is much we can do to try.

A Tale of Two Firings 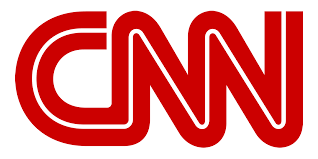 While the internet is very familiar with Filip Miucin and the controversy over him, it’s far less familiar with Marie-Louise Gumuchian.

In early 2014, Gumuchian was an editor at CNN reporting on Africa, Europe and the Middle East from CNN’s London Bureau. However, in May of that year, she was fired after CNN discovered plagiarism in some 50 of her stories.

Though the story did receive some significant media attention, it never became the sensation that Miucin has become and certainly didn’t have the longevity that Miucin’s story has had.

The reasons for this are many but include that Gumuchian was not as much of a public-facing figure as Miucin and that Gumuchain’s audience was much broader that Miucin’s.

However, one of the key reasons is how they were caught. Miucin was caught when one of his victims spotted the plagiarism and made a video about it. Gumuchain was caught due to an internal review at CNN, which meant CNN was able to perform its investigation away from the spotlight and simply report its findings when it was done.

This was good for CNN, which didn’t have to deal with a long-running scandal, and it was good for Gumuchain. Her career has seemingly recovered at least some as she’s writing articles for Reuters and The Independent.

Though CNN’s checks and balances were not enough to prevent a case of serial plagiarism, they were enough to mitigate the damage. That, in turn, lets us know what is necessary to completely prevent the next Miucin or Gumuchain. 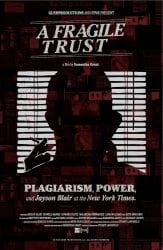 In his editorial about the Miucin plagiarism scandal, Russ Pitts noted something that many freelance authors, myself included, have known for some time.

For the record, most video game websites don’t have practices in place to stop plagiarism. In fact, many websites don’t even place an editor between the writers writing copy and the website where readers read it. Given this general lack of oversight, it’s little wonder someone finally took the great leap into not even bothering to write their own words.

It’s well-known that jobs in journalism are becoming fewer and fewer. According to Pew research, between 2000 and 2012, over 30% of all full-time journalism jobs disappeared. Though the brunt was felt by photographers, reporters and editors also saw serious cuts.

However, those cuts have not led to a drop in output. Some of this is due to a rise in freelance journalism, but much of it is simply due to the fact that reporters, editors and photographers are all being asked to do more with less.

One of the easiest ways to do that is to remove layers between the reporter and the audience. On many sites, when a reporter submits a work, it goes straight to the public. If a work is edited, it’s mostly examined for grammar/spelling mistakes and perhaps a “sanity check” of the work itself.

This is a stark contrast to how journalism operated just a few decades ago. As the film Shattered Glass emphasized, in the era of print journalism the work of reporters passed through multiple hands including editors, fact checkers and lawyers, before becoming words in print.

Once again, that didn’t completely prevent serial ethics issues. Shattered Glass, after all, was the story of Stephen Glass, a serial fabulist. The film was released in 2003, the same year as the Jayson Blair scandal.

But Blair’s and Glass’ stories are very different from Miucin. In the earlier cases, the reporters had to weave together intricate lies, fabricate evidence and navigate around a system designed to stop them. Miucin, by contrast, had to do little more than hit “Publish”.

We saw something similar with Jonah Lehrer, who built a prominent career in journalism through plagiarism and fabrication simply because, until he started working for The New Yorker, no one really checked.

An Ounce of Prevention…

To be clear, there’s likely nothing that will 100% of all future serial plagiarists or fabricators. As Jayson Blair and Stephen Glass show us, if a person is dedicated and devious enough, there is no system that they can not weave around.

But it’s also clear that the modern journalism environment, one where there are almost no layers between reporters and the public, have made it much easier. Both Jonah Lehrer and Filip Miucin made careers off of plagiarism with little effort to conceal their copying.

While we may not be able to prevent the next Jayson Blair, we can do more to prevent the next Filip Miucin. However, that’s going to require reintroducing layers between the reporter and the audience, something many sites are reluctant to do for time and financial reasons.

Still, there are many steps that CAN be done in a modern newsroom, if publications are willing to invest in them:

In the end, these steps won’t prevent all serial plagiarists, but they will prevent some. Jayson Blair was able to plagiarize around much stronger protections but it’s likely Jonah Lehrer might have been detected much sooner.

It might seem like cold comfort, but there’s a big difference between being taken in by a determined and dedicated plagiarist and someone who simply hid their misdeeds in plain sight.

We can’t stop plagiarists, fabricators and other ethically-challenged people from entering journalism. There will always be such people in journalism, as there will be in any profession.

However, journalism is an industry based on trust and maintaining that trust means being vigilant against those who would exploit it.

Though the nature of journalism in 2018 is radically different than it was just 20 years ago, there are still ways that we can work to slow and minimize the impact of such individuals.

However, it does require an investment, both in time and resources, and those are two things in very short supply.