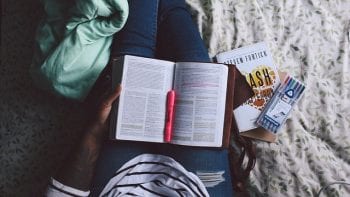 It’s back to school time in the United States. As I’m writing this college and high school students across the country either have just started or are preparing to start their 2018-2019 school year.

If you are one of those students, you will undoubtedly be getting student handbooks, syllabi and other information from your school that will detail all of their policies, including their ones on plagiarism.

But, as important as those policies are, they may not tell the full story about how plagiarism is handled at your school. There are a few more things that you will probably want to understand before you hand in your first essay.

To that end, here are five things that you should know about plagiarism in the in 2018.

Your school may advertise that it uses plagiarism detection technology of some sort. They may even require you to sign a waiver to run your content through it.

However, even if your school doesn’t run a dedicated system, it doesn’t mean that you’re off the hook and no one is checking for plagiarism.

A large percentage of plagiarism investigations begin with a hunch, including the Harvard Cheating Scandal of 2012. It’s much better to assume that your work is being checked, because it may very well be.

2: Teachers Are the Arbiters of Plagiarism

While your school’s policies are important in determining what happens AFTER you face a plagiarism allegation, it’s the instructor who determines what is or is not plagiarism.

For example, your instructor will set the boundaries on how you can work with other students (if at all), the format of the citation that’s required and what the specific originality requirements are.

In the end, it’s up to the teachers to decide what the rules are in their classroom. As such, if you have questions about those rules, they’re the ones you will want to take it up with.

Though schools often structure their academic disciplinary system to be like that of a court of law, it rarely operates anything like one.

In any disciplinary hearing, including plagiarism, the playing field is inevitably tilted against the accused.

There are many reasons for this, the biggest is that such cases don’t usually get brought unless the evidence is overwhelming. But couple that with the fact schools rarely seek impartial outsiders to hear cases and that those prosecuting the case are colleagues of those judging them, it’s almost impossible to overturn an accusation of plagiarism, especially once they reach that point.

As such, if you are accused of plagiarism and it makes it to a tribunal stage, the best thing you can do is mitigate the severity of the punishment, not prevent it.

4: However, Plagiarism is Rarely Life and Death

On the other hand, if you are accused of plagiarism, it probably won’t be as serious as you might think.

Though schools talk up severe penalties for plagiarism, most first offenses result in either a student being forced to redo an assignment or getting a zero in it.

While that’s still a potentially significant punishment, it isn’t expulsion or suspension either. Depending on the assignment and the class, you may even be able to recover and still get a decent grade in that class.

That being said, do bear in mind that the punishment for plagiarism tends to get more severe the more significant the assignment and the further along you are in your educational career. A graduate student plagiarizing their thesis isn’t going to be treated the same as a high school freshman plagiarizing a weekly essay, even if both are first time offenders.

5: Essay Mills WILL Market To You

Doing a search for a paper? Expect to see ads for essay mills. Tweet your frustration about an assignment? Expect to see bots trying to get you to buy your paper instead.

No matter where you go you’ll likely be targeted by essay mill advertising and it will play to both your insecurities and your laziness.

It’s important to remember that these essay mills are lying to you. They’re best known for producing low-quality work, that’s if they aren’t outright scams that fail to deliver their product.

Essay mills are easy to fall for but do not let it happen to you.

In 2018 plagiarism in academia is something of a mess. Schools are still attempting to strike a balance between education on plagiarism and punishment for plagiarists. This is particularly true when looking at citation issues with students who are non-native English speakers.

At the same time, there is an active war between academic institutions and essay mills, a war that is sometimes spilling over into legislation. This fight is likely overblown and at least one study has shown the much larger problem is less formalized contract cheating.

Still, as a student beginning the 2018 school year, this is the reality you are walking into. As such, the best advice you’re going to get from me, and likely anyone else, is to simply do your work, cite to the best of your ability and work with your teachers to address any issues you are unsure about.

If you do those things, you’re unlikely to have any significant troubles in this, or any other, year.