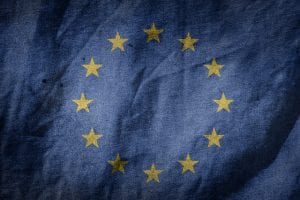 If you follow copyright news at all, you’ve likely heard about the proposed EU Copyright Directive. It’s been described as everything from a “war on memes” to the “end of all that’s good and pure about the internet.”

But for all the directive’s controversy, the bill passed a crucial vote last week in the European Parliament Committee on Legal Affairs, where the overall committee position  was approved 14-9.

Whenever I’m confronted with a controversial piece of legislation, my first step is usually to look at the source documents and draft an analysis from them. Previously I’ve done with the CLASSICS Act, the Fairness for American Small Creators Act and elements of SOPA/PIPA.

The goal is to get away from the rhetoric and understand what is in the act itself and how it will likely work. Only from there can we discuss likely impacts of the law and the positives and negatives that come with those impacts.

Unfortunately, with this act, that has proved difficult to do. While the original European Commission proposal is readily available, it is from 2016 and has undergone many revisions, especially in the most controversial sections.

Even organizations closely following the legislation, such as the EDRi, struggle to keep on top of the changes, relying upon leaks to follow the bill as it winds through the EU government. This is made more confusing by the seemingly unending drafts, edits, proposals and other changes that are being made.

However, MP Julia Reda, a staunch opponent of the reforms, has linked to a PDF Version of the Oeittinger/Voss plans, which includes the latest compromise amendments that were voted on by Committee on Legal Affairs.

However, before we do either, we need to take a look at how we got here.

The Copyright Directive was first proposed on September 14, 2016 by the European Commission (the executive branch of the EU). It was drafted with the stated aim of harmonizing copyrights at the EU level and addressing “new types of uses” and “achieve a fair balance between the rights and interests of authors and other rightholders on the one hand, and of users on the other.”

Though the proposal has bounced around the EU bureaucracy steadily since then, it began to get widespread attention in the run up to a June 20th, 2018 vote in the European Parliament Committee on Legal Affairs (JURI).

Of particularly strong interest was 2 of the proposal’s 17 articles: Article 11 & Article 13.

Article 11 has been described as a “link tax”, which would require search engines and other sites to pay for the use of snippets. Article 13 is the now-famous. “meme killer” article that would require some online service providers to install filtering software in order to avoid liability for copyright infringement.

Following it’s committee vote, the directive will now head to the full European Parliament where there will likely be two votes. The first, in early July, would vote on whether to reopen the bill for debate, possibly opening the door to radical changes.

If it passes that vote, which would give the Parliament the mandate to negotiate with the EU Council (the EU member states and the other part of the EU legislative branch) it would then go into those negotiations. While there is no set timetable that would likely be completed it’s likely that the negotiations, along with a last check of the language, would be completed at or around the end of the year. That would mean the bill could be put to its final vote either at the end of 2018 or in early 2019.

But this, in turn, begs the question: What do the articles actually say and will they as bad as many fear? We’ll take a look at the text of the articles as they exist in the most recent available document and find out.

To that end, we’ll take them in numerical order and start with Article 11 (Article 13 analysis will be posted later this week).

Member States shall provide publishers of press publications with the rights provided for in Article 2 and Article 3(2) of Directive 2001/29/EC so that they may obtain fair and proportionate remuneration for the digital use of their press publications by information society service providers.

Article 2 and 3 referred to in the paragraph are simply the reproduction right and the right to communicate a work to the public.

However, the definition of “information society service providers” is a bit thornier to get through. That definition is found in this directive, which describes it as “any service normally provided for remuneration, at a distance, by electronic means and at the individual request of a recipient of services.”

What is and is not considered such a service gets extremely complex quickly (with many exceptions carved out). However, key examples include “Web shops and marketplaces, search engines, online advertising, video sharing sites, blogs, hosting, video-on-demand, online consultancy, online marketplaces, social networking, etc.”

The bill, as written, does not apply to “legitimate private and non-commercial use of press publications by individual users” nor does it extend to the act of hyperlinking itself. The act also makes it clear that the law does not override existing copyright exemptions, including the use of orphan works, and instead works in tandem with those exemptions.

However, those exemptions do not include a fair use or fair dealing. This means very small snippets of articles (such as those seen in search previews) could require a license. Though linking that does not include original content from original article, such as most of the links in this article would not be impacted, search engines and social media sites easily could be as they often show direct previews.

In the original version of the directive, the rights in this article were to last for 20 years and would be retroactive. However, this compromise reduces the term to 5 years and the rights are no longer retroactive. Still, the term seems largely moot as most aggregation and linking of an article takes place within weeks, not years, of publication.

The new rules would only apply to works by “press publications”, which are defined as “a fixation by publishers or news agencies of a collection of literary works of a journalistic nature” and specifically does not include academic and scientific journals. Most websites wouldn’t qualify either because, while the law allows the publication to take place in any medium, it requires both “editorial responsibility and control of a service provider.”

The last paragraph of simply requires that member states make sure that authors receive an “appropriate share” of the revenue generated from this new right. However, the details are left up to the individual states.

If this idea sounds familiar, it’s because we have seen it before. Various countries within the EU, including Germany, Belgium and Spain, have implemented versions of this idea in the past.

In Germany, most publishers simply opted in to Google News without receiving a license fee. This was because Google, rather than offer to pay, simply threatened to drop German publications if they didn’t opt in. This made Google News an opt-in service, rather than an opt-out one as it is in the rest of the world, but little else changed.

However, it was in Spain where things were extremely interesting. There, the law did not allow publishers to opt out and, when the law took effect, Google News (along with a variety of smaller aggregators) simply shut down. It is still shut down today.

A study paid for by publishers found that this resulted in a traffic drop between 6 and 14 percent for Spanish news sites and a loss of revenue of about €10 million ($11.7 million) in the first year.

The hope of the directive is that the whole of the EU can do what its individual members couldn’t: Compel Google, and other sites, to pay for using snippets of news content.

But, while Google is the biggest target, it likely won’t be the only one impacted. Social media/networking sites, which routinely display such snippets, will be impacted as well. Also, as with the Spanish law, smaller aggregators may have to make changes, obtain licenses or close.

It’s hard to predict just how the major players will respond. There are three major paths they could take:

Though Google has paid to settle disputes with newspapers in the past, it’s also shown it will go to great lengths to avoid paying a license. As such, anything that doesn’t involve paying seems more likely, at least as it pertains to Google.

This seems likely for other players too, not just to avoid the costs but also the overhead of obtaining and paying for a license.

In short, while it is impossible to predict just how things might go wrong, history suggests that this article is unlikely to represent a windfall for EU publishers.

Coverage of Article 11 has been far less extreme than it has of Article 13. However, that doesn’t mean that it’s been wholly fair. The descriptor “link tax” seems unfair considering the directive, in its latest form, specifically allows hyperlinking.

The argument in favor of calling it a “link tax” is that snippets are often necessary. There is definitely some truth to this. For example, I use original headlines in the 3 Count column to ensure search engines link to the original source, not my summary.  Under this directive, I would have to change to using original headlines to make sure I’m compliant.

Still, it’s not the link itself that’s the issue, it’s the snippets. However, a “snippet tax” doesn’t have the same punch.

Regardless, the main two criticisms of the article are that it will restrict the free flow of information and that it is doomed to fail.

The first is difficult to predict, even looking to history. In Germany the impact was minimal because of the way the act failed. In Spain, it was greater. Since the EU directive doesn’t specifically prevent publishers from opting out, a Germany-style outcome seems more probable but it’s impossible to be certain.

Either way, there will be some impact as the law will add a new layer when sharing content from news sites.

As for the second criticism, history strongly seems to support that idea.

If EU publishers are hoping for a windfall, they are likely to be disappointed. Google and others have made it clear that they are not wanting to pay a license fee for the use of snippets and the law provides ways to get around such a fee.

As such, even if the impact on linking and sharing is minimal, it will likely still fail as publishers won’t likely see the new revenue they are hoping for.