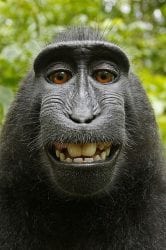 It was a copyright dispute custom-built to get widespread media attention. Not only did it involve an adorable animal, a viral photo and a quirky copyright question, but it expanded to involve a divisive charity and a push to support animal personhood.

But, between the cute pictures and big-name players, sat an actual copyright question: Who owns the copyright of animal-created images?

Unfortunately for the courts, it wasn’t a very difficult question. The United States Copyright Office spoiled the inevitable end of the case back in 2014 and that decision was based upon years of precedent before it.

The question isn’t “What does this case mean for copyright?” but “How did this case survive for nearly 7 years?”

That comes down not to copyright, but to PETA’s attempt to use copyright for its own ends.

A Brief Background of the Monkey Selfie Case

On July 4, 2011, photographer David Slater and Naruto, a Celebes crested macaque, leapt into the public consciousness. It was on that day that several publications in the UK featured the story of Naruto and the now-famous “monkey selfie” photo.

According to Slater, he was in Indonesia photographing the endangered animals when one of them, Naruto, managed to get ahold of his camera and start snapping photos. Though most of the photos didn’t turn out, a few did including the “monkey selfie” photo.

With the aid of the internet, the story quickly went viral internationally, getting media attention all over the world.

But, as the photo was getting all of this attention, an editor at Wikimedia Commons, a site that hosts public domain or open-licensed works, uploaded the Daily Mail version of the selfie. Slater requested that Wikimedia Commons remove the image and it initially did. However, after reevaluating the copyright status, the site restored it claiming that it is public domain.

Other sites followed suit and soon the image was being shared openly. The Caters News Agency, which had previously been responsible for licensing the image, demanded the photo’s removal but Wikimedia Commons held firm.

This created something of a war of words between Slater and the site Techdirt, which had also published the image. Slater added details to how the photo was taken, discussing his role in setting up the photograph.

But, though the battle raged for three years, and Slater threatened to file a lawsuit against the Wikimedia Foundation, he never did. Instead, he found himself in the defendant’s chair. 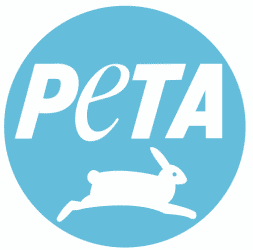 In September 2015 People for the Ethical Treatment of Animals (PETA) filed a lawsuit against Slater and Blurb, a self publishing company that Slater used to distribute a book of images.

PETA said that it was acting in the stead of Naruto, who PETA claimed was the rightful copyright holder in the image. As such, according to PETA, by publishing the images, had committed copyright infringement.

However, in January 2016 the judge dismissed the case saying that the copyright act did not extend to animals. In July 2016, PETA appealed that ruling to the 9th Circuit, which heard the case in July 2017.

But, with a skeptical court and facing a likely ruling against them, PETA settled the lawsuit in September 2017. As part of the arrangement, Slater agreed to donate 25% of all future revenue from the photos to groups that protect crested macaques. However, it’s unlikely that represents much money at all as the photo was (and is) still widely considered to be public domain, meaning few (if any) royalties are paid for it.

Still, with the case settled the dispute seemed to finally be over.

But then the Ninth Circuit Court of Appeals did something unexpected. Earlier this month, it announced it was not dismissing the case despite the settlement and both sides requesting it. Instead, they announced, they were going to rule on it.

And that ruling came down yesterday with the 9th Circuit affirming that animals do not have standing to sue. The court even took time to chide PETA saying that, if Naruto did have standing to sue, he might opt to sue PETA. After all, PETA took a settlement that was advantageous to them and one where Naruto was not a party. This despite PETA filing as a “friend” of Naruto for the purpose of the lawsuit.

Between this decision and the settlement, the case seems to finally be over. Though there have been rumblings about Slater taking additional legal action, nothing has come of those threats at this time.

It Was Never About Copyright

With the litigation seemingly over, many in copyright circles are breathing a sigh of relief.

PETA’s arguments, though headline-grabbing, were pretty much doomed from the beginning. The U.S. Copyright Office had already stated that animals couldn’t hold copyright, even citing the monkey selfie image as an example, and courts have long held that, unless specifically allowed by the law, animals do not have standing to sue.

Other animal rights groups, such as the Animal Legal Defense Fund have accepted this as legal fact for well over a decade. Since the copyright act does not have a specific clause that gives animals standing, there was no reason to believe Naruto, even with PETA acting as his next friend, could have standing.

The reason for this is the 2004 case Cetacean v Bush, which was also decided by the Ninth Circuit. The case dealt with the Navy’s use of sonar and the harm it may do to marine life. However, the court found that, since the relevant acts did not specifically grant animals standing to sue, the “world’s whales, porpoises and dolphins” didn’t have standing in court.

But, for PETA, this lawsuit was never really about Naruto or copyright. It was an attempt to both further the cause of animal personhood and to gain publicity for both PETA and its cause.

Theoretically, if PETA could get a ruling that Naruto could hold the copyright, it could have been a legal foothold into other areas. But, when the it was clear the courts weren’t going to rule in their favor, PETA quickly sought a settlement to cut its losses and avoid unfavorable precedent, even if that precedent just reaffirmed Cetacean v Bush.

The Harm of Litigation

While it might seem that a quirky copyright case with no movement on the law is fairly harmless, it’s done a great deal of harm to Slater.

Slater isn’t a large charity. He is a single person, a freelancer trying to get by. Already dealing with the frustration of being unable to earn revenue from his most famous photograph, the lawsuit has been a significant additional burden on him.

In a July 2017 interview with The Guardian, Slater outlined just how difficult things had gotten. Unable to afford airfare for a court hearing or to replace broken camera equipment, Slater was looking for additional jobs including tennis coaching and dog walking to make ends meet for him and his daughter.

While these struggles are familiar to any freelancer (myself included), PETA has undoubtedly exasperated them.

To make the matter more tragic for Slater is that he considers himself an animal rights activist. His work in Indonesia was about documenting and protecting crested macaques.

For Slater, it wasn’t harmless litigation. it was an attack on his ability to earn a living from an organization he otherwise might have considered an ally.

No matter what you may think of PETA, its goals or its methods, nothing was accomplished here. No copyright questions were answered nor were any new answers on animal personhood.

All that happened was that a freelance photographer, already struggling enough, had to spend money to fight a protracted legal battle.

But, despite the recent ruling, the case may not be fully over yet. In February 2018, Andres Guadamuz of the World Intellectual Property Organization, which is a self-funding agency of the United Nations, posted an article saying that, while legal issues are resolved in the U.S., Slater may have arguments for copyright ownership in the UK and EU.

The reason is that, under UK and EU law, Slater’s work to set up the photograph may qualify as adequate creative input to grant him a copyright interest in the work, even if he didn’t click the shutter.

However, it’s unclear if Slater desires to pursue those arguments and, if he does, if he’ll be able to.

Still, unlike the PETA lawsuit, that case, if it were to happen, would be addressing some interesting and important areas of copyright law.