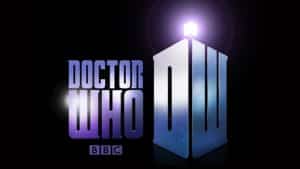 Doctor Who is a 50-plus-year-old television series about a Time Lord known as the Doctor who travels through time and space in a time machine disguised as a police phone box that’s bigger on the inside.

To make matters even more complicated, the Doctor can regenerate, becoming someone completely different upon his or her death. A death that happens with frightening regularly during the character’s battles with a wide array of villains including Cybermen, Daleks and Weeping Angels among others.

It’s a bizarre show, even for science fiction. However, a recent news story highlighted an even stranger part of the series.

Shortly after the airing of the 2017 Christmas Special, which marked the end of Peter Capaldi’s run as The Doctor and introduced Jodie Whittaker, the series first female Doctor, a copyright controversy arose.

Though later reports have downplayed the dispute, the story raised an interesting question: Why was one of the series’ most popular characters not controlled by the BBC, which produces the show?

It turns out though that Brigadier Lethbridge-Stewart is far from alone in his bizarre copyright status. Many of the show’s iconic characters are controlled, at least in part, by outside entities. The list includes both the robotic dog K9 and even The Daleks themselves.

How did this happen? The answer is both complicated and simple at the same time but it all centers around how the series was written during its early years. 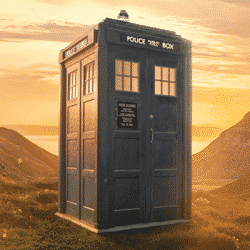 The copyright control for most TV shows, including sci-fi shows, is pretty straight forward. Star Trek, for example, is controlled by CBS and Paramount, and Star Wars is controlled by Disney (following the purchase of Lucasfilm). While there are complications over licensing and specific rights, there are no outside entities that control Spock or the Sith.

This is because, with most TV shows, writers who work on it either work as employees or sign work for hire contracts that ensure that everything they create becomes the property of their employer.

In Doctor Who’s case, that’s not what happened, at least in the beginning.

For much of the show’s history, up until roughly the Fifth Doctor, writers often retained copyright in what they created. So while the series, including its lead character, and much of the core of the show is controlled by the BBC, many of the characters that were added early on were not.

Why this was the case is unclear but ultimately comes down to the contracts between the writers (and other creatives on the show) and the BBC. However, it likely has to do, at least in part, with the show’s infamously low budget during its original run.

Regardless of reason, the outcome is the same, many of the show’s characters remain out of the control of the BBC, often with some bizarre consequences.

(Note: Despite my best searches, I’ve been unable to find a definitive reason for this oddity. If anyone has any information as to why these characters were not signed over initially, please either contact me directly or leave a note in the comments.) 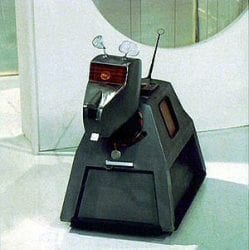 Due to the nature of the show, a complete list of all the characters not owned (wholly) by the BBC is probably impossible to compile. The myriad of characters and writers is simply too great, especially when one looks at the expanded universe and the characters created for it.

That being said, there are several well-known characters and creations still owned by their original creators.

On top of those cases is a slew of characters created by third parties for licensed books, audiobooks and more. Though the universe of Doctor Who is already gigantic with over 800 episodes, it goes well beyond that off-screen.

As such, companies such as Big Finish Productions own the rights to their creations and contributions, creating possible challenges should the BBC ever wish to bring those ideas to screen.

In short, the Doctor Who universe is massive, but it’s also divided up from a rights standpoint. It’s difficult to imagine the Klingons or R2D2 being owned by a separate entity but that’s exactly what Doctor Who faces.

Not that the rights challenges have done anything to slow the success or the popularity of the show.

When it comes to rights in a TV show, especially a major franchise, there’s an expectation that everything will be neat and orderly. After all, with millions (if not billions) on the line, the money spent on lawyers and contracts is small change.

But Doctor Who is a show that began from humble beginnings over 50 years ago and grew into a cultural phenomenon over time. Its ramshackle beginnings show in its current copyright situation, one where key characters are owned not by the BBC, but by their creators or their estates.

But this hasn’t slowed the program down. The Daleks still make regular appearances (so much so it was falsely believed to be contractual) and K9, though not a companion for over 30 years, made an appearance in a 2010 episode

Maybe it’s just another testament to the the series that it’s been able to overcome so much and not only survive, but become a major science fiction franchise.