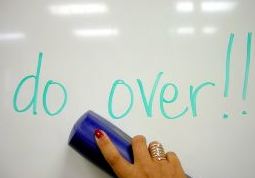 Way back in 2005, just months after this site launched, I wrote an article entitled Copyright Infringement, Plagiarism and Fair Use.

But, while that part of the article is relatively accurate (and is something I followed up on in 2013), when it delves into fair use, there I made a tremendous mistake:

One important note about fair use is that all incidents of it involve attribution. An act of plagiarism never falls under fair use. So, if you ever want to claim fair use when copying from someone else’s work, you need to make sure to follow proper attribution procedures, just to be safe.

This is, to put it flatly, untrue.

While plagiarism and attribution is certainly part of the conversation about fair use, the overlap between the two is much more nuanced and worth exploring because mistakes like this one are causing people to both think they’re safe when they’re infringing and to pursue infringements that don’t exist.

Fair Use: The Four Factors

When deciding whether or not a use is a fair use, there are four factors that are weighed to make a decision. Those factors are:

Of the four factors, the first and fourth are generally given the most weight though all four factors are weighed when making a fair use determination.

Still, most fair use cases hinge on questions about how transformative the use is (meaning is it creating a new work or merely replacing the original) and whether the use harms the market for the original.

Attribution and plagiarism don’t directly enter into those questions or to any of the fair use factors.

However, that doesn’t mean that attribution isn’t part of the equation. While plagiarism doesn’t guarantee that a use is an infringement, it does make it much more likely.

How Attribution Fits Into Fair Use

Though none of the four factors deal directly with attribution, there are two factors that that would give pause to examine if the use was attributed: The first and fourth.

The first factor not only looks at how transformative the use is but also what the purpose of the use is. For example, if the use is for educational or commentary purposes it’s more likely to be a fair use than if it’s for purely commercial purposes.

An attributed use is, almost certainly, going to be viewed more favorably than plagiarized use. Pretty much all of the uses the law favors, education, research, commentary, etc. require attribution.

Simply put, plagiarism not going to be viewed favorably when looking at “the purpose and the character” of the use.

Regarding the fourth factor, one of the arguments many defendants make is that their use is either not harmful or actually helpful to the original work. While that can be the case with attributed use, it is pretty much never the case with plagiarism.

While that harm might be very small and it’s still very possible the use isn’t an infringement, plagiarism makes it much more difficult to argue that the use isn’t harming he market for the original work.

The Importance of Attribution

So, while none of the fair use factors directly ask about attribution, it plays a major role in two separate ones, namely the most important ones.

This makes it very difficult to argue that a plagiarism is a fair use but it’s not impossible. For example, if someone plagiarized a paragraph from one book when writing your own novel, if the case made it to court it would likely be ruled a fair use since the two works would, otherwise, be very different and no real harm had been done to the original market.

An example of this would be Kaavya Viswanathan, a young author who plagiarized short passages from a variety of other authors. Though none of the other authors sued her, if they had it likely wouldn’t have gone anywhere because of the nature of the use.

Still, this doesn’t mean Viswanathan escaped unscathed. Her book was pulled, her lucrative book contract was cancelled and she will likely never work as an author again.

So, while some plagiarisms may qualify as a fair use under the law, they are still considered unethical and do carry consequences, just not consequences from a copyright standpoint.

While the correlation between fair use and attribution isn’t as strong as I made it out to be 12 years ago, it is still important.

While you can plagiarize a copyright-protected work and still have it be ruled a fair use, if you’re trying to build a solid fair use argument, one of the best things you can do is attribute correctly.

Though the fair use standards don’t directly look at attribution, attribution is still going to be included when examining the two most important factors.

In the end, the harm plagiarism does to a fair use argument is just another of a litany of reasons one should avoid plagiarism at all costs.