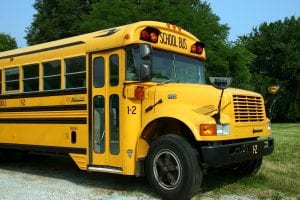 Right now is a special time of year where summer is winding down, students of all ages are heading back to school and classrooms are roaring back to life.

As with every year, it won’t be long before the conversation turns to plagiarism. Between syllabi, honor codes and student guidebooks, plagiarism is a popular and important topic this time of year.

But it often feels like a lot of that conversation doesn’t change. Year in and year out, schools publish the same honor codes, read the same definitions and offer the same warnings.

However, when you read between the lines the conversation about plagiarism does change a great deal. It’s often a slow change, but one that’s definitely noticeable.

With that in mind, here are just some of the things to watch out for when it comes to plagiarism in the 2017 school year.

Essay mills haven’t really been a major topic in the U.S. but in other countries they have been a top priority.

In the UK, Australia there have been pushes to limit essay mills through legislation. Those laws are largely based on current legislation New Zealand, there have had their assets frozen.

The reason is because essay mills are seen by students and teachers alike as a means of cheating on exams while avoiding the usual anti-plagiarism countermeasures. While the quality of essay mills papers are more than suspect, that hasn’t stopped countless students from turning to them, creating a growing industry.

Without a doubt, there will be a lot of focus on essay mills in 2017. This will be both a matter of warning students to stay away from them and attempts to shut them down.

Still, it’s not likely essay mills are going anywhere any time soon so instructors may have to take solace that students who do purchase essays are likely to be scammed, receive shoddy work or still end up with plagiarized content. 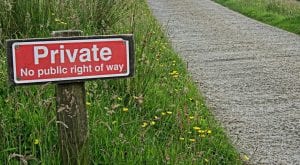 Another issue not being as broadly voiced in the U.S., there is a broad concern about the privacy of students whose work is submitted to plagiarism detection services.

This is part of a broader push back against “big data” that included the “Right to be Forgotten” ruling in the EU. Basically, there is a broad concern outside the U.S. (and some within) about how data is stored, when and it is made public and how it is used by corporations.

While most of that concern has been aimed at Google, Microsoft and Apple, some of it has also been aimed at Turnitin, the leader in education plagiarism detection software.

Though Turnitin has long been ruled a fair use in United States and the company makes it clear it doesn’t claim copyright on student papers nor does it display private student data, many are still uncomfortable with a company profiting off of student work. This is amplified by the fact the data is stored in the United States, something that makes many outside the country uneasy.

To be clear, these concerns are nothing new and have been raised for over a decade, but recent political and technological changes have brought this issue to a new head.

Balancing student privacy with the need to stop peer-to-peer plagiarism is a tough challenge and you can likely expect to hear a great deal more about this issue over the next school year.

3: Changing the Focus of Plagiarism Detection

Though plagiarism detection software has been around since the millennium, much of the use of the technology has been focused on detecting cheaters. Turnitin has been aiming to change that.

In April 2016 Turnitin launched Feedback studio, the idea was to incorporate plagiarism detection into the grading process, making it more akin to checking for grammar or spelling mistakes.

While the goal of this is to expand the value Turnitin offers schools, the other impact is that it incorporates plagiarism checking into the grading process. This shifts it away from being a separate component meant to detect cheating.

This not only ensures that plagiarism detection software is used more consistently, but also that it’s viewed as just another part of the grading process, going even farther to enshrine it as just a normal step in giving feedback.

4: Plagiarism Tech As a Writing/Editing Tool 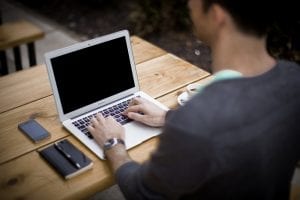 Though there have long been plagiarism detection tools aimed at students, including Turnitin’s own WriteCheck and Revision Assistant or the tech darling Grammarly, we’re seeing broader use of the technology in the writing and editing process.

Once again, the push is to not have plagiarism checkers serve as a standalone tool, but rather, incorporate the tech into a suite of products that help students, write, edit and cite better.

When it comes to punishments for plagiarism, there is a lot of variance between schools, classes and even individual cases. However, there seems to be a growing consensus among  instructors and schools that patience with plagiarism is running out.

This was highlighted in a recent opinion piece by Sandra Miller in The Washington Post but it’s a theme I’ve heard repeated many times over online and off.

But while such a harsh view can often be a hindrance when teaching about plagiarism, there’s a consensus that students have been adequately warned about plagiarism by now. According to teachers, the technology is widespread enough and the conversations are frequent enough that any student who does plagiarize is intending to cheat.

In short, teachers and schools are tired of plagiarism and are clamping down. However, that effort is only valuable if its accompanied by proper education and remedial writing assistance that can give students in trouble a place to turn for legitimate help.

The 2017 school year is going to be an interesting one for plagiarism. One on hand we’re seeing plagiarism become a legislative issue with both essay mill and privacy concerns taking center stage.

At the same time though, we’re looking at a normalization of plagiarism detection as the technology is baked into products for grading and editing works. However, if you are caught plagiarizing despite all of the tools, leniency is less likely than ever.

While all of these are definitely continuations of existing trends, these are not the trends you’ll read about in student handbooks and honor codes. However, they are the ones that will actually guide plagiarism enforcement in schools, making them very important for all involved in education to watch them closely.

Disclosure: I am a paid consultant for Turnitin and write regularly for the iThenticate blog.