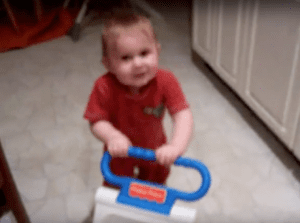 Earlier this week, the Supreme Court declined to hear Lenz. v. Universal case appeal, allowing a 9th Circuit Court of Appeals decision to stand  and disappointing both sides of the case.

Though the decision doesn’t bring an end to the litigation, it instead goes back to the district court for a possible trial, it does bring an end to the most-watched portion of the case. That portion looks at the obligations of the filer of DMCA notice to consider fair use.

The news there is something of a split decision. While the 9th Circuit ruled that rightsholders had to consider fair use, it set the standard for such consideration so low that many feel it is useless.

So, with the recent ruling, it’s a good time to follow up on our 2015 post, which came just after the 9th Circuit decision, and look at where things stand today and what they mean for those filing DMCA notices.

A Brief History on the Case 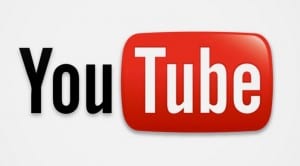 For those unfamiliar with the case, it comes down to a 29-second YouTube video, a song by Prince and a hotly-contested copyright notice.

The video in question was uploaded by Stephanie Lenz, who captured footage of her then-13-month-old son dancing to Prince’s Let’s Go Crazy. Universal Music filed Digital Millennium Copyright Act (DMCA) takedown notice demanding its removal. YouTube complied and Lenz filed a counter-notice getting the video restored in about two weeks.

However, Lenz, with the help of the Electronic Frontier Foundation (EFF) filed a lawsuit against Universal claiming that the notice was false. They cited Section 512(f), which bars those filing DMCA notices from knowingly misrepresenting the material as infringing to get it removed.

Should someone knowingly make such a false representation, under the statute, they would be liable for, “Any damages, including costs and attorneys’ fees, incurred by the alleged infringer.”

That’s precisely what this battle has been over and what the Ninth Circuit Court of Appeals ruled on back in September 2015.

The big question in the case is what it means to “knowingly material misrepresent” under the DMCA when it comes to fair use. To that end, there are two potential standards.

Lenz sought to have the court adopt the objective standard, believing that Universal’s actions were so outrageous that they would fail the reasonable person standard and that would make their notice a violation of the DMCA.

However, Universal won the day and the Ninth Circuit adopted the subjective standard. They argued, and the court agreed, that the language of the law made it clear that it was the mindset of the person filing the notice that was important.

In short, proving that a filer was wrong (even extremely wrong) about fair use isn’t enough.

As we discussed in the 2015 post, under the Ninth Circuit decision, even automated takedowns, so long as they have an algorithm to consider fair use, are still adequate to pass muster.

So while the ruling does put the onus on rightsholders to consider fair use when filing DMCA notices, it makes enforcing that rule nearly impossible.

For rightsholders, this is a good thing. It means they likely won’t be sued if they are simply wrong about fair use. While that can be a good thing considering how murky fair use can be, it also opens the door to some abuses.

And that, in turn, is what has so many concerned.

What the Supreme Court Changes

The Supreme Court’s decision not to take the case doesn’t really change anything. It was widely believed they would, because the court asked the Justice Department for advice on the case.

However, when the Justice Department responded last month and discouraged the court from taking it, that was likely the end of the line for it. According to the DOJ, the DMCA requires, the DMCA required “actual knowledge or willful blindness” and that some of Lenz’ arguments should not be addressed by the Supreme Court because they were not raised and decided on by lower courts.

The interpretation, seems to be in line with the DMCA and, as the DOJ noted, the law used different language in other sections when it sought to create different standards of knowledge.

So what the Supreme Court decision means is that the September 2015 decision stands, for now at least. Barring a different case in a different circuit creating a split, this will be the guiding ruling on the issue.

As for the case itself, it now goes back to the lower court, where it will have to decide if Universal did have either actual knowledge or willful blindness that the video was non-infringing. Though Universal admitted it didn’t consider fair use directly, it claims to have had other metrics that amounted to a fair use test.

In short, it’s going to be difficult to prove that Universal didn’t believe the video wasn’t a fair use as the facts of the takedown really don’t come into play.

However, for Lenz, that may only be part of the problems she faces.

The Issue of Damages

The issue of damages wasn’t considered by the Supreme court or the Ninth Circuit. However, the district court did because Universal made the argument that Lenz did not incur any and, therefore, the lawsuit should be tossed.

However, while the court agreed Lenz would be owed damages, it indicated that the damages were nominal, meaning that she will likely be awarded next to nothing (unless she can somehow win punitive damages) other than maybe some compensation for her time.

That means, for Lenz herself, all of the years of battling could see little to no financial reward. While her attorneys fees would likely be paid if she won, which could definitely sting for Universal, her contribution may go completely unrewarded.

For most people, that is simply isn’t a practical solution. To take on the risk of litigation and sink the hours it takes to maintain a lawsuit for no financial reward is impractical. Unless the DMCA notice caused severe financial harm, there’s almost no justification for filing a lawsuit, especially when dealing with fair use issues.

Lenz, if she does win, may well be both the first and the last to win such a pitched battle over DMCA takedowns and fair use.

Overall, the ruling really doesn’t change all that much. Section 512(f) has been fairly toothless for sometime and is becoming more so in the age of bots.

The only 512(f) cases that will make it to court are likely to be extremely egregious ones where filer has clear malicious intent and knowledge that the use is not infringing, not simple cases of mistaken identity or fair use cases.

That, in reality, is nothing new either. The Lenz case is an anomaly not because these kinds of takedowns don’t happen, but because so few are willing and able to take the matter before a court.

For better or worse, it doesn’t seem like the Lenz ruling will do much to change that, even if that was the original intent of filing the lawsuit.