When it comes to plagiarism, data is often hard to come across.

Simply put, much of what we hear about plagiarism, especially in the classroom, is anecdotal. Teachers are seeing what’s happening within their own classrooms or school, but see much less on national or regional trends.

However, that is rapidly changing as countries and states are requiring schools to compile data on plagiarism and other types of cheating. Now, that information is starting to be accumulated and studied.

One such example of that is New South Wales (NSW), in Australia.

There, since 2014, the NSW Education Standards Authority (NESA) has been requiring high schools in the state to keep records on instances where students were caught cheating and record information on the assignment, nature of the cheating and the punishment that was applied.

NESA recently published the findings from its 2016 data and it paints a pretty interesting picture of plagiarism and cheating in the state.

The Basics of the Data 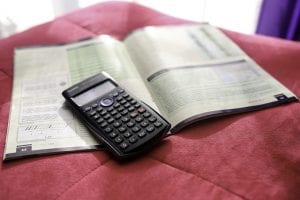 The NESA keeps track of four different variables when it comes to cheating.

This means that this data is not perfect and it’s never going to be a 100% complete picture of cheating in the state. However, since it’s been recorded the same way over the past three years, we can draw some legitimate comparisons from year to year and from within the data itself.

Plagiarism: The Most Popular Kind of Cheating

In 2016, there were 374 cases of plagiarism tracked out of 722 total incidents. That means plagiarism represented 52% of all cheating incidents in the state.

The next highest category, “Other”, only had 103 incidents or 14%. By contrast, NESA only reported 63 incidents of students using unathorized notes and 50 incidents of using an electronic device.

That was largely true in 2015 as well, where there were 333 plagiarism cases out of 719 total incidents, making up 46% of all cases. However, that year late submission was the next-most common offense, with 135 cases and 19% of the total.

As the numbers show, plagiarism was also on the rise, jumping to 374 incidents from 333 in 2015. That is made all the more remarkable by the fact that, as noted above, fewer schools submitted statistics.

What this means is that, while plagiarism is trending upward, it likely isn’t doing so as quickly as the jump between 2015 and 2016 would make it appear. Instead, it’s likely that better detection is accounting for much of the difference.

Still, in every year monitored, plagiarism made up approximately half of the cases tracked, making it by far the most popular kind of cheating among students and the one they are most likely to be punished for.

When looking at the types of assignments students plagiarize on, it should come as no surprise that take-home writing tasks were the runaway leader.

In total, 310 of the 374 cases of plagiarism tracked in 2016 were on such assignments. Plagiarism also made up 70% of all infractions on such tasks.

Still, plagiarism was tracked on every kind of assignment, including timed examinations where there were 9 cases. However, it only made up 6% of all cases of cheating on such assignments with 59 cases of unauthorized notes and 47 cases of electronic devices making up 40% and 32% respectively.

The Classes in Which Cheating is Taking Place

Unfortunately, NESA did not break down the types of cheating by the types of class. However, the Sydney Morning Herald has a great breakdown on the number of offenses per class.

When looking at the raw number of offenses standard English classes were the winner with 121 cases tracked. Religious studies courses were the lowest with just 11 cases.

However, when broken out per 1,000 students, community and family study courses becomes the runaway king with 5.4 out of every 1,000 students being caught cheating. Standard English, by contrast, was just 3.9.

Mathematics General 2 students were the least likely to be caught cheating, with just 0.5 students out of every thousand being caught.

In general, sciences and mathematics coursed fared much better when it came to cheating with mathematics, physics, biology and senior science all seeing less cheating per 1,000 students than English, family studies and physical education.

This is likely due to the greater use of take home writing assignments in those course which, as we discussed, is the type of assignment most commonly cheated on.

However, that theory gets a hole punched in it by the fact advanced courses also fared better than their standard counterparts. Advanced English, for example, saw 1.4 students out of every 1,000 get caught cheating while standard English had 3.9. Both likely used writing assignments roughly the same.

The same is also likely true for religious studies, which only had 1.2 out of every 1,000 students get caught cheating.

Still, all of this raises a simple question: What happens to those students when they get caught?

When students were caught plagiarizing in 2016, they had a 63% chance of getting a zero mark on the assignment, the highest punishment tracked by the study. Another 29% received reduced marks and 8% received a warning. Two students were punished in a way not tracked by NESA.

Those who submitted their work late, however, only received zero marks 49% of the time, meaning it is literally better to turn a work in late than to plagiarize it.

Still, in all of the cases tracked, 56% of students received zero marks, meaning that those who committed plagiarism had a greater chance than average of getting a zero.

All in all, the data doesn’t contain that many surprises.

While I was a little surprised that plagiarism made up approximately half of all cheating incidents in the state, it’s far from outrageous. It’s also clear that plagiarism is taken very seriously by the NSW schools but it’s not the most serious when looking at the penalties.

It is worth noting though that the data only looks at students who were caught. It, understandably, can’t count those that were not detected. This is across all types of offenses.

Also, while I wanted to do a comparison of plagiarism vs. collusion, that wasn’t really possible with this dataset because only 25 cases of collusion were tracked in 2016. Though the indication in colluding students are less likely to face harsh punishments, the lower number means that the percentages are less meaningful.

Still, it’s a very interesting project by NESA and one definitely worth keeping up on year after year.