In 2003, in the wake of the Jayson Blair scandal, the New York Times became the first major U.S. newspaper to establish a public editor (though not the absolute first).

The move was a bid to rebuild trust with the public in the wake of a plagiarism and fabrication scandal that tarnished its name. Coupled with the firing of two of its top editors, the move seemed to have worked, restoring it to the upper echelon of journalism.

However, in an announcement on May 31, the New York Times said that it was eliminating the public editor role.

The move comes at a delicate time for both the paper and journalism at large. Trust in the media is at an all time low and the transition to digital has been brutal for the stalwarts of the industry.

While the current public editor, Liz Spayd, has been deeply divisive and heavily-criticized and the move may make financial sense, removing internal watch dogs is not the path to improving media’s reputation.

The public editor’s role is just as important in 2017 as it was in 2003 and getting rid of it only risks the further degradation of the trust in journalism.

In short, while having a public editor doesn’t fix the problems with journalism, removing the position risks worsening them. 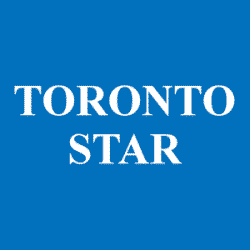 The idea behind a public editor is that they are meant to be an independent voice in the newsroom. They are there to represent the readers, or the public if you will.

Though hired by the publisher, they exist outside of the traditional newsroom hierarchy and, instead, have the responsibility of listening to, investigating and reporting on reader complaints and concerts about the publication.

Other industries and government agencies have a similar role named an ombudsman. Though an ombudsman is more commonly found in European countries (the term itself is Scandinavian), the concept never caught on quite as strong in the U.S. as it did elsewhere in the world.

Still, many companies and state/local government organizations have ombudsmen who are tasked with investigating the public’s complaints and often negotiating solutions.

In journalism, public editors (or ombudsmen) are tasked with investigating reports of ethical or other infractions by reporters, editors or the publication at large. They investigate claims and usually present their findings in some kind of column in the publication.

This is a column that they alone have control over since they exist out of the typical hierarchy and are generally free to be as critical of the publication as necessary.

In short, the public editor is meant to be an independent representative for the public in the newsroom that is not beholden to the publication. Though they have no power to hire or fire journalists, they have the power to criticize openly within the publication’s pages and  that often makes them a powerful voice for readers or viewers.

However, it’s a role that seems to be dying and, with it, the self-reflection and trust that the position brought.

The Case for Eliminating Public Editors

The case for eliminating the position is fairly straightforward. Newsrooms are shrinking rapidly as advertising revenue falls. Reporters and editors alike are losing their jobs and those who remain are tasked with doing more with fewer resources.

To make matters worse for public editors, editors are losing their jobs faster than reporters. Publications are reluctant to reduce the number of people creating content, but are reducing the layers that the content must pass through on the way to publication in a bid to be leaner and quicker.

To that end, public editors are an easy target. They don’t produce journalism (not in the traditional sense) and they don’t edit content. They are there to represent the public and that means they produce very little that ends up on the page, website or screen.

And that representation of the public can seem like an odd idea in 2017. As the New York Times pointed out in its announcement, journalists are closer than ever to their readers thanks to social media. That’s why they’re eliminating the public editor position in favor of a Reader Center that aims to oversee public communication and transparency.

To make matters worse, especially at the New York Times, the position had lost much of its luster in recent years and has been heavily criticized for being weak or even a joke.

In short, the position has largely been seen as redundant in the face of social media and, with shrinking newsrooms and sharp criticisms of the position, it was time to do away with the position.

Unfortunately, that answer is the wrong one.

While it is true that journalists are closer to the public than ever and that newsrooms are struggling, the fact remains that there is a significant trust issue when it comes to journalism and it poses both an immediate and long-term threat.

As the Toronto Star public editor, Kathy English, recently noted, a public editor is not a one-person solution to the trust issue. However, the value of the internal watch dog can not and should not be ignored.

While social media allows the public to talk to journalists, it doesn’t force them to talk back nor can it actually peer into the newsroom. That’s the job of the public editor.

As the Washington Post put it, the public editor, when working best, serves as a sort of internal affairs department. This is not a function that can be replaced by social media but is still very much a valuable role in news organization of all stripes.

While the Washington Post felt that the New York Times doesn’t need a public editor because it’s already a transparent organization, the public editor plays a role in that transparency.

Without a truly independent voice inside the newsroom the checks and balances are severely limited. When a paper can not be openly critical of itself, it erodes its own trust. Though you don’t need a public editor to come clean and take your lumps, it makes it much easier to do so.

The independence of the position means that the person investigating the potential problem does not have any share in the responsibility and that makes it easier to be honest and impartial. It’s not a perfect system, but it’s better than the alternative.

None of this is to say that the public editor position could have or should have continued as  it was. Times definitely have changed and the position of public editor should change with it.

One thing the New York Times did get right is the greater focus on social media as a tool to communicate with the public. However, that greater communication still needs an independent voice and a watchdog inside the newsroom to represent the public.

The traditional public editor, with their weekly column in the opinion section, is not nearly responsive enough to the way the public is used to interacting with companies. In an era of Twitter and Facebook, waiting days or weeks for a reply, if any is coming at all, is extreme.

A modern public editor needs to mesh the independence and investigative power with the immediacy of the medium. They need to be able to respond timely to concerns. That, however, is something Spayd was not doing with her rarely-used Twitter account. While Kathy English of the Toronto Star has a more active feed, it rarely touches on reader complaints about the paper.

The importance of the public editor is greater than ever, however, the way most public editors operate hasn’t changed drastically since the mid-2000s. With the new media comes new opportunities for the role.

Instead of looking at Twitter as a means to get the criticism for free, organizations should look at Twitter as an opportunity to get, analyze and respond to that criticism more effectively. In this scenario, Twitter doesn’t replace the public editor, it empowers the position.

The internet has changed drastically over the past fourteen years and, just as newsrooms have worked to keep up, so should their watch dogs.

With trust in the media at an all-time low, eliminating watch dog positions is only going to make things worse. There can be no hope for rebuilding journalism as a business until it can rebuild its trust.

While it’s true that the public editor position hasn’t kept up with the times, it’s an opportunity to refresh how the role is executed rather than a reason to axe it.

The position was brought to North America because of one of the industry’s largest plagiarism and fabrication scandals. It played a key role in saving the New York Times from the shadow of Jayson Blair.

In 2017 the shadow of Blair may be gone, but there are plenty of other shadows that remain. A public editor may not be a one-person solution to those problems, but eliminating the position will only make it easier for the public to mistrust their media, including the New York Times.