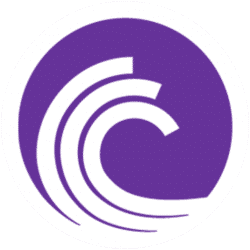 In 2006 BitTorrent, or specifically peer-to-peer (P2P) file sharing, was king.

In a study from January of that year, P2P traffic accounted for over 70% of all internet traffic. Though, at that time, BitTorrent shared the file sharing crown with other networks, it quickly moved to become the number one file sharing protocol, a title it would hold decisively by 2008, in part due to an incredible period of growth in late 2007/early 2008.

However, even by then cracks were showing in the P2P armor. By late 2007, web traffic had overtaken p2p traffic. This was largely because of the meteoric rise of YouTube.

By 2011, P2P had fallen to under 19% in North America and was beaten by Netflix during peak times. By 2013 that traffic was down to just 7.39 percent and represented a drop not just in percentage, but actual traffic. In 2015, it was estimated to be 3 percent, a percentage that put it on par with Hulu, the fourth most popular video streaming site.

While this shift has been most acutely felt in North America. Studies have found it to also be on the decline elsewhere, including Europe and Asia.

This decreased prominence reached a peak in May of this year when pirates threatened to leak episode of Netflix’s Orange is the New Black before their slated release. Their demand for ransom was balked at the they posted the files on BitTorrent sites with almost no impact.

This raises a simple question: What’s eating away at BitTorrent? Why is BitTorrent the only kind of internet traffic not growing nor expected to grow?

To understand we have to look at all of the variables at play and understand how BitTorrent is under assault from all sides and why piracy may never be the same.

When the decline of BitTorrent and P2P file sharing is raised the credit is usually given largely to legitimate alternatives such as Netflix, Hulu and Amazon Prime.

This is supported by the numbers as well. Netflix, YouTube, Amazon Video, iTunes and Hulu combine to make up well over 60% of all peak internet traffic in North America. That’s 20 times the estimated size of BitTorrent.

Most convincing of all, the rise of Netflix as a traffic largely mirrors BitTorrent’s fall. This makes it clear that, as users were firing up Netflix, they were doing so at the expense of P2P file sharing.

Simply put, when a month of unlimited streaming comes costs less than a lunch, people snap it up. Even more so when the library of content is sound and the ease/reliability of streaming is very high.

There’s no doubt that Netflix and its competitors have played a significant role in the downfall of BitTorrent. 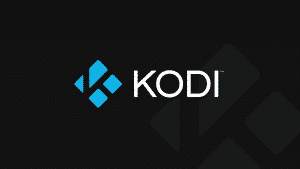 Much like their legitimate counterparts, pirate streaming sites offer greater convenience and security than BitTorrent.

In this case, that security is two-fold.

First, it includes security from viruses and other malware that’s common on BitTorrent downloads and BitTorrent software. Second, it protects against legal threats filed against BitTorrent users.

Though the risk of using BitTorrent is small, especially if done intelligently, streaming sites are seen as far safer because they don’t (or at least shouldn’t) download anything to the computer or require the user to re-share the content, which would greatly expand their potential legal liability.

Streaming pirate sites are more convenient than BitTorrent, especially when a permanent download isn’t useful, and tools such as Kodi boxes make it even easier. So much so that they are actively being targeted for bans. 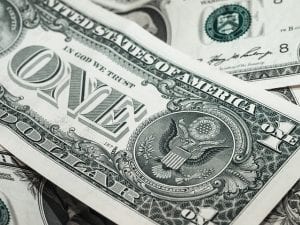 The role of copyright enforcement in the decline of P2P file sharing is a hotly-debated one. Some headline-grabbing steps such as the arrest of the founders of The Pirate Bay did little to blunt piracy or even shutter the site.

However, in recent years anti-piracy efforts have instead focused on a more subdued approach, one that’s commonly referred to as “follow the money”. This approach works to discourage advertising and other partners, such as hosts and domain registrars, from working with pirate sites.

While arrests still do happen, such as the 2016 arrests of the alleged founders of Kickass Torrents, other sites shut down spontaneously, such as the recent closure of Extratorrents.

While it’s hard to know for certain, the call for donations to save the ExtraTorrent’s release group makes it clear that money was at least part of the reason. That, in turn, is likely due to a combination dwindling ad revenue and increasing expenses associated with running a pirate site in 2017.

A survey of pirate sites by Torrentfreak found that, even with large sites, many were either barely breaking even or were even losing money, making them vulnerable this approach.

Though some BitTorrent sites make it work, it’s getting more and more difficult to do so. 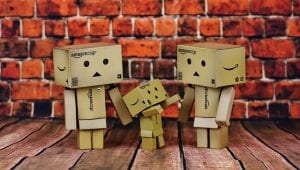 The peak for P2P piracy was, by most accounts, between 2003 and 2006. At the same time, piracy demographics skew heavily to a younger audience with 18-29 year olds being significantly more likely to pirate than the adult population at large.

Now, more than a decade later, the people who were heavy into P2P piracy are no longer in the traditional demographic for piracy. Though people of all ages pirate, the older one gets the less likely they are to pirate and the less they are likely to take.

As for the new generation, they didn’t grow up with Napster (which is celebrating its 18th birthday today) or with BitTorrent. They grew up with iTunes, YouTube and Netflix. They’re much more likely to have access to paid services, use legitimate portals.

In short, young people have greater access to legitimate services than they did 10 years ago and, when they do pirate, they’re going to turn more to streaming pirate sites rather than BitTorrent.

After all, the convenience of Netflix and Spotify set the bar for what they wan’t out of their content, whether they get it legitimately or not.

Meanwhile, generation BitTorrent grew up and left the dorm room. 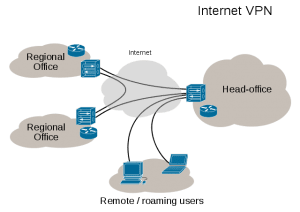 Finally, there’s one other possibility for why BitTorrent and P2P traffic seems to be falling out of favor: It’s harder to track.

Though there are no hard numbers, it’s been widely reported that VPN usage has been increasing. Whether it’s due to anti-piracy efforts, political changes or privacy concerns, by all accounts VPN usage is growing and it could change the internet.

The real problem here is that there’s no way to know just how much of VPN traffic is growing or how much of it is BitTorrent. Though different traffic studies look at the internet from different vantage points, some simply would not be able to see VPN-obscured BitTorrent traffic.

Still, it’s unlikely that VPN usage accounts for the drop in interest in BitTorrent, but it may mean the gains aren’t quite as drastic as some studies indicate.

For BitTorrent and P2P file sharing in general, the heyday has passed. If you’re a BitTorrent site operator, the halcyon days of the early 2000s are not coming back.

To be clear, there will always be P2P piracy on the internet. Most predictions call for P2P traffic to remain flat over the next few years. But that flatness is against the backdrop of an anticipated explosion in other types of content.

As a percentage of traffic, P2P will, almost certainly, continue to dwindle until it’s less and less significant. Some pockets of the world will hold out longer than others, but the global trend is clear.

This doesn’t mean that piracy is over and done (even P2P piracy) or that there aren’t problems with the legitimate services we have today. Creators can’t quite celebrate yet.

However, something that seemed impossible 10 years ago has come to fruition, BitTorrent is no longer the dominant force on the internet. It’s not even the largest service for video nor is it even in the top 3 providers.

The internet is now dominated by legitimate choices for video streaming.