Neil Gorsuch is President Trump’s nominee for the Supreme Court and has been a controversial figure ever since his name was first announced.

Already the subject of a pitched battle in the Senate over his confirmation, Gorsuch found himself at the center of what can be described as an 11th-hour scandal as Buzzfeed and Politico broke news that passages from Gorsuch’s 2006 book The Future of Assisted Suicide and Euthanasia were nearly identical to a 1984 article from the Indiana Law Journal.

The story has been as divisive as the candidate with his opponents jumping on it as another reason to not confirm him while conservative-leaning publications have called the charges “bastardized” and claimed they “irrelevant”.

So this begs the simple question: What happened and how serious is it?

This is a difficult question to answer because, often times, plagiarism is in the eye of the beholder. Two reasonable people can look at the same set of facts and draw radically different conclusions about whether plagiarism occurred and the severity of said plagiarism.

So, the best thing we can do is look at the facts of the case, determine whether plagiarism occurred and break down the defense’s that Goruch’s side have presented. 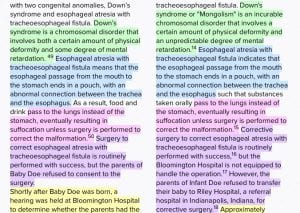 The allegations against Gorsuch compare his 2006 book The Future of Assisted Suicide and Euthanasia against a 1984 law article article entitled The Legislative Response to Infant Doe written by Abigail Lawlis Kuzma.

The allegations center around two paragraphs in Gorsuch’s book which look at the tragic case of “Baby Doe”, an Indiana baby born with a very serious and life-threatening illness whose parents declined to obtain the needed corrective surgery. The lower courts sided with the parents and Baby Doe died before the case could be heard at the Supreme Court.

According to Politico, much of those two paragraphs were copied near-verbatim from the original law review article. The side-by-side comparison provided by Politico (which is highlighted in a very confusing fashion) does show that many of the passages are identical or nearly-identical.

For example, Kuzma at one point writes:

“Esophageal atresia with tracheoesophageal fistula indicates that the esophageal passage from the mouth to the stomach ends in a pouch, with an abnormal connection between the trachea and the esophagus.”

This passage is reused by Gorsuch with the only change being “indicates” becomes “means”. Several other passages follow a similar bend, with Gorsuch only rewriting the text to use a language more appropriate for the audience he’s writing for.

Gorsuch does not attribute Kuzma in his writing and, instead, cites the exact same list of primary sources that Kuzma does.

But does this amount to plagiarism? While the answer to that question, on the surface, is simple, it becomes less so when you dive deeper into the questions that Gorsuch’s reuse raises.

The short answer is yes. By the strict definition of plagiarism, this is plagiarism. To that end, there are two separate issues that have to be considered: 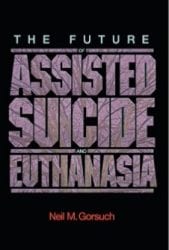 If Gorsuch had either more thoroughly rewritten the section or simply attributed the secondary source, this would not have been an issue. However, neither happened and now two paragraphs from his book have become a matter of public controversy.

Imagine, for a moment, if a student had gone to Wikipedia and copied several paragraphs from an entry. They then edited them slightly, changing the language to fit the piece, and only included the primary source citations found in Wikipedia.

Would that be considered plagiarism? In almost any high school or college the answer is yes.

But none of this says that this case of plagiarism should disqualify Gorsuch or be his undoing. But the defense of him has been far more frustrating than the actual plagiarism, making claims that simply don’t hold up.

Defenders of Gorsuch have largely made three arguments. that they claim supports the idea he did not commit plagiarism.

The first is demonstrably not true. Secondary source plagiarism is very much an issue. According to APA style, the use of secondary source in Gorsuch’s case was not only plagiarism, but completely inappropriate since he could have pulled the text from the primary sources. MLA has a similar provision as well.

All major style guides discourage the use of secondary sources unless absolutely necessary and citing them properly when they are used. In short, Gorsuch shouldn’t have copied from the secondary source at all but, if it was necessary, he should have cited it.

The second defense does a grave injustice to the English language. While many of the phrases dealt with medical terminology, they can certainly be rewritten. According to the Politico piece, another article written about the case had no overlapping text at all, showing that it can be done.

While it might have been difficult, it wouldn’t have been impossible, especially if he had used cleanroom writing techniques to create the book.

Finally, the lack of a victim doesn’t change the plagiarism issues. Just because Kuzma has come to Gorsuch’s defense does not mean he didn’t plagiarize her work. If plagiarism required a victim, essay mills would be perfectly acceptable and there would be no such thing as collusion.

Plagiarism isn’t just about taking the work of others, it’s about making a false representation to your readers and taking unethical shortcuts. Whether the original author feels violated is only part of the equation.

But none of this is to say that Gorsuch has no defense. He has several. It’s just not the ones his defenders are putting up for him.

None of this is meant to be a piece about why Gorsuch should pay a dear price for this. The real defense is that the plagiarism isn’t that it doesn’t exist, but that’s it’s minor.

If this incident is part of a larger pattern, than by all means it should be treated as an egregious affront to academic integrity. But by itself it represents, at most, a mistake. Dealing with a difficult passage of text, Gorsuch leaned too hard on a secondary source and  used more of its language than he should have, especially without citing.

Is it plagiarism? Yes. But is it particularly damming? No.

Then comes the issue of secondary source plagiarism. In August 2013 iThenticate (Disclosue: I am a paid blogger/writer for Turnitin, which owns iThenticate) conducted a survey of scientific researchers and asked them to rank various types of plagiarism based upon how common they are and how serious they are.

In short, Gorsuch’s best defense isn’t that he didn’t commit plagiarism, it’s that it’s a minor case that isn’t, by itself, a reflection of his character.

Plagiarism is not a binary system. When one tries to end the discussion at whether one plagiarized or not, they omit the entire spectrum of content reuse and citation that exists between perfectly attributed/original and complete plagiarism.

Furthermore, when you try to look at plagiarism as a binary question, it forces people to either make radical claims to call someone a plagiarist or to deny the plagiarism.

While, technically, Gorsuch did commit plagiarism, he committed one of the least serious and worrisome kinds over a very small portion of his work. That work itself is just a small part of a long career of writing that, unless this can be shown to be a pattern, should not be seen as a blight on his work.

Is it embarrassing? Yes. All plagiarisms are. But is it a representative of his character or a reason to bring down his career? No.

How Gorsuch responds to this will likely say more about his character than the plagiarism itself.

In the end, this case once again shows why plagiarism conversations are ill-suited for the black and white world of politics. When you try to force a binary choice on something as complex and nuanced as plagiarism, you lose a lot of detail and, often times, that detail is very important.