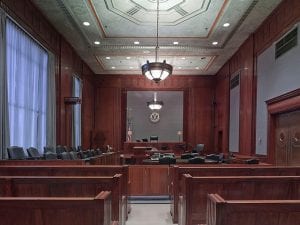 When it comes to copyright, it can be easy to think of it as a centuries-old concept that has been thoroughly debated and discussed both in the courts and outside them. After all, the basic principles of copyright well predate the United States so, it seems like at least the big issues should be settled.

However, nothing could be further from the truth. Anyone who has even spent a moment studying copyright knows that it is constantly-changing and shifting. New technologies, new concepts and new business practices are always testing the edges of copyright, setting the stage for legal verdicts that could drastically alter copyright’s landscape.

Several such cases are going on right now and not all of them are getting the attention they deserve. As such, here are five copyright cases currently before the courts in the United States that could drastically change copyright. 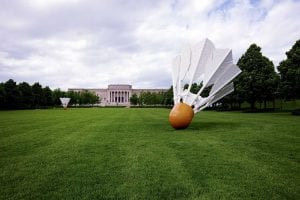 Carol Highsmith is a photographer who has been working in the industry for over 30 years. She’s been featured in dozens of books and has captured many widely-known images.

She’s also been very generous with her work, donating thousands of her photos to the Library of Congress, placing them into the public domain. However, a charity she operates, the This is America! Foundation, received a threat letter from a firm representing Alamy, a stock photo agency, saying they were infringing their work.

The problem was that she was being accused of infringing her own images, which she had placed into the public domain.

Following that, she learned that Getty and Alamy are licensing and enforcing rights in over 18,000 of her images that were placed into the public domain. This prompted her to file a $1 billion lawsuit against Getty and Alamy, one that is just now under way.

Many people think that, when a work enters the public domain that it is clearly and decisively so. However, as we’ve seen with The Diary of Anne Frank and Happy Birthday to You, that’s often not the case.

But Getty Images and Almay are taking it one step farther. They are actively licensing produced by third parties and then licensed under the public domain. They are also licensing photos by NASA, even though NASA, has no copyright affixed to its work.

The question is, can Highsmith legally stop this use of her work? She gave up all rights to her images and, as Getty pointed out in their response, she can’t defend rights she willfully gave up.

This case is early on with Getty having just filed its motion to dismiss. Most expect a settlement in the case but its unclear if it will have any impact on Getty’s practices. That may require a class action lawsuit from Getty customers seeking the return of their licensing fees on free images.

You can learn more about the lawsuit in my video on it. 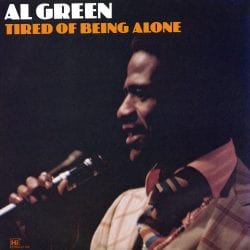 Remastering music, especially when releasing it on a new format, is a common practice. However, a recent ruling in the United States District Court Central District of California found that remastering a song qualifies it for a new copyright.

The case pitted ABS Entertainment, rightsholders of Al Green’s 1971 song Tired of Being Alone, against CBS Radio. As a pre-1972 sound recording, ABS claimed that CBS owed royalties for playing it on their radio station. Currently in the United States, there is no federal public performance right for sound recordings played on terrestrial radio, but pre-1972 sound recordings are not protected under federal copyright and courts have, in the past, held that such a right does exist for them (see below).

However, CBS argued that they did not play a pre-1972 sound recording, they played a 2003 remastering, which qualified for a new copyright. Citing the low bar for creativity in determining copyrightability and the creativity that goes into remastering, the judge agreed with CBS and ruled that the remastered version, for the purpose of copyright, was a new work.

This was the first time a court directly took up the issue of remastering and copyrightability and the has major impacts in various areas of law.

This decision is somewhat bizarre in that we don’t fully know what is at stake in this case. It upends decades of thought on sound recordings and we won’t know the full impact of the decision until it is up held (if it is upheld) and the dust settles.

Right now, it’s too early to know where this decision is going to take us. A notice of appeal has been filed with the Ninth Circuit. If upheld, the music industry could spend the next decade or longer dealing with the fallout as a lot of conventional wisdom about copyright and sound recordings will have been blown up. 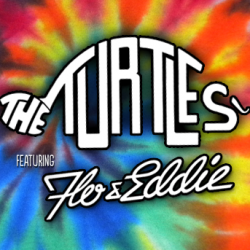 While the above ABS case certainly has the potential to shake up copyright for the music industry, questions over pre-1972 sound recordings are reaching a head more broadly.

As discussed above, pre-1972 sound recordings are not covered under federal law. Instead, they are protected under a myriad of state laws. This creates a wide variety of problems when it comes to fitting nearly every copyright change since 1972 to those previous works.

However, one of the biggest deals with the public performance right for sound recordings. Currently, post-1972 sound recordings only enjoy such a right with digital transmissions of their work, including internet streaming and satellite radio. Though composers receive royalties from radio, clubs, bars, restaurants, etc., performers do not.

However, pre-1972 acts, most prominently Flo & Eddie of The Turtles, have been fighting for a public performance right for their sound recordings. They’ve been taking the fight state to state, largely successfully.

Still, the multi-state campaign is ongoing despite Sirius XM, the initial target of the litigation, reaching a settlement with five major record companies.

Pre-1972 sound recordings are, to be frank, a mess. They were problematic in 1971 when Congress decided not to make the federalization retroactive and things have only gotten worse.

The rights granted into such works is unclear in many cases, especially when the internet is involved and, considering how much of the catalog of popular music they make up, the issue is not going away.

The settlement between Sirius XM and the labels went a long way to establishing the public performance right for pre-1972 sound recordings on digital platforms. However, it’s taking additional cases, such as the ABS one, to determine the nature of those rights on terrestrial radio and elsewhere.

This will likely be an issue that will simmer for many years to come.

What Does it Mean to “Rent” a Work 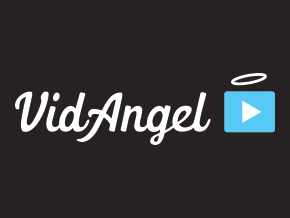 VidAngel is a movie rental service that works a bit differently than others. Rather than obtaining a license to rent a film for a customer for a period of time, VidAngel “Sells” the customer a copy for $20. However, the customer can then digitally return it and receive a $19 credit, making the film cost $1 to view.

VidAngel does this so its users can apply filters over the movie to remove graphic violence, language, sex, nudity, etc.

However, viewing this as little more than an unlawful streaming service, some of the major film studios filed a lawsuit against VidAngel. VidAngel claims that this is part of Hollywood’s war on filtering but the studios claim that VidAngel is nothing more than a blatant case of copyright infringement.

The Family Entertainment and Copyright Act of 2005 makes it legal to create technology that enables consumers to filter out undesired parts of a film. VidAngel believes this protects them since they are only providing the tech and, unlikely previous attempts, not creating derivative works.

As for the streaming part, they believe that the first sale doctrine, the right to lend, sell or dispose of legitimately-obtained copies of a work, covers their service. Since VidAngel legitimately purchased DVDs of the films, they feel they are covered.

It’s the latter part, for the film studios, that’s the bigger issue. The studios claim that the type of streaming VidAngel is doing is not covered under first sale both because it is a public performance of the work and, to provide the stream, VidAngel had to circumvent content protection, which is forbidden under the Digital Millennium Copyright Act.

In the end, VidAngel is pushing boundaries in what it means to “sell” or “rent” a movie and the ruling could have implications for other digital streaming services, especially if VidAngel wins.

Right now, VidAngel has responded but most don’t seem to hold out high hopes for their arguments.

Others that have tried similar approaches to first sale online have failed. including digital music reseller Redigi.  If Redigi can’t legitimately “resell” legitimately purchased music, it seems unlikely that VidAngel can “sell” digital streams of DVDs.

Still, any test of the first sale doctrine online is well worth watching and this case is no exception. 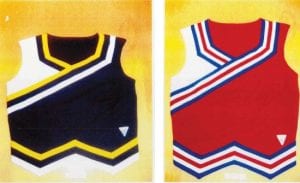 Varsity Brands and Star Athletica are two companies that both make cheerleading uniforms. However, when Varsity sued Star for copyright infringement, it kicked off one of the most interesting and bizarre copyright lawsuits.

At issue in the case is whether the designs of a cheerleading uniform, including the chevrons and stripes, qualify for copyright protection. The district court sided with Star Athletica, ruling they didn’t qualify, but the Appeals Court revived the case, finding that the designs are separate enough from the utilitarian parts of the uniform to be protected.

Now the matter is headed to the Supreme Court, which will hear the case soon.

In the United States, copyright is not granted to useful articles. This includes most fashion designs. However, separating what is utilitarian from what is creative can be difficult, with a myriad of tests and standards to consider. Even then, there’s a lot of disagreement.

The Supreme Court weighing in on this case could provide a great deal of clarity on this issue. That, in turn, could impact everything from fashion design to 3D printing, areas where the boundaries between utility and copyrightable are often gray and uncertain.

Right now, we wait for the Supreme Court. The fact that it took the case isn’t a surprise, especially considering the split between the circuits on these issues. This was a ripe issue for the Supreme Court to take and, more than a specific outcome, most are hoping for a clear test that they can apply moving forward.

In the end, copyright is an ever-shifting landscape. It’s constantly being defined and re-defined by both litigation and legislation.

If copyright is important to you and your work, it’s equally important to keep on top of it. After seeing how much it’s changed over just the past 10 years, it’s very easy to be left behind.

The most impressive thing is that these are far from the only cases to watch. This list could have been many times the length. There’s always new cases of interest when it comes to copyright and a major verdict is always on the horizon.

It’s just part of what makes my job so interesting.