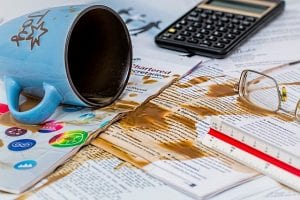 Late last month, both the Richmond Times-Dispatch and Style Weekly parted ways with and deleted reviews by food critic Elliott Shaffner after multiple of her articles were found to have been plagiarized from Los Angeles food critic Jonathan Gold.

Shaffner then published an open letter apologizing for the plagiarism. In it, she said that there was no excuse, but, in her view, there was an explanation:

“As a major fan-girl of Jonathan Gold’s, I carry his book in my purse. It’s filled with notes and highlighted passages. I have lines, quotes, filling my notebooks of people’s words that I love and am inspired by.

It was not intentionally deceitful or steal-y. But I sent it into the world, it is my fault and I am mortified.

What I have to say is, that in a flurry of desperation, time management, lack of good judgment, I unwittingly put someone else’s words into work under my name.

Did I have malicious intent? No.

Did I even recognize what I was doing was plagarism? I did not.”

However, Sheffner’s excuse of the plagiarism not being intentional is not unique to her. Melania Trump’s speechwriter, Merideth McIver, made similar claims following the Melania Trump plagiarism scandal.

But most of the time the excuse is given it simply doesn’t hold up. The reason is because, while accidental plagiarism is very real, it doesn’t look like either of the plagiarisms described above.

That’s because, while accidents do happen, there’s a vast difference between accidents and negligence and, most of the time, when a plagiarist claims the former, they mean the latter. 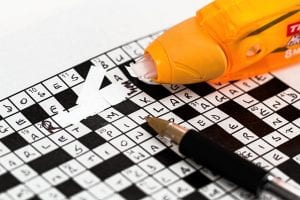 A good example is when an author attempts to paraphrase a source, which is cited, but fails to rewrite it adequately. This is common in both academia and journalism and is an especially large challenge with those learning a new language or who are in a new culture when it comes to citation.

Other examples of accidental plagiarism can include failing to cite a fact that wasn’t as common of knowledge as the author thought, accidentally omitted quotes in an otherwise well-cited passage or simply messing up which source is cited.

In these cases though, it’s usually pretty easy to spot the accident. That’s because, even if the citation wasn’t adequate or was incorrect, there’s still a clear intent to give credit.

In short, writers who are doing their best to cite correctly and fall short look very different than those who just simply are either trying to take unethical shortcuts or are acting negligently.

However, that doesn’t stop nearly everyone accused of plagiarism from trying to declare that it was an accident. But, while they might be right that they didn’t intend to plagiarize, their actions are more negligence than accident and the evidence is usually in the writing itself. 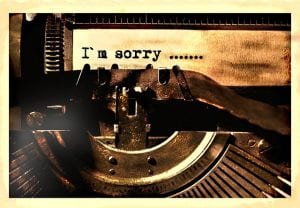 When people are caught in the act of plagiarism, they are understandably embarrassed. Plagiarism, for the lack of a better word, is a violation of a social norm and being caught plagiarizing not only can have serious consequences for one’s career (academic or otherwise) but it also seen as a black mark on their reputation.

However, the evidence of plagiarism is, usually, pretty clear. There’s generally not much of a way one can refute whether plagiarism took place or not. Instead, the easiest way to minimize it is to try and claim it was accidental, that, at the very least, there was no intent. It’s a way to deflect at least some of the blame.

It’s also an easy excuse for the suspected plagiarist to believe. While some plagiarism is malicious, much of it just comes from a disregard for citation standards. They might not have intended to plagiarize, but they had so little regard for the standards and the works of others that they did so without intention.

Either way, the results are the same: The plagiarist saves time and effort and the work of another is used without citation. In short, the plagiarist gains all of the benefits of the plagiarism but, if caught, can shirk some of the responsibility.

Unfortunately for the plagiarist, it doesn’t really work that way.

Proper Citation is No Accident

When looking at Shaffner’s story, the claims of “accidental” plagiarism fall apart quickly.

The plagiarism wasn’t just a one-time incident, but instead involved multiple occasions where she plagiarized the same author in different articles she wrote. If Shaffner’s writing process is so sloppy that she can repeatedly insert text from another author without citation on accident, then she likely shouldn’t have a career in journalism regardless of ethics.

The same is true for the Melania Trump case. Pasting work from another source, in particular a speech from a competitor, is always an action that should be done with great caution. However, it’s clear that her speechwriter did not take the needed care and, through her negligence, created a significant plagiarism scandal.

And that is the major problem with most claims of “accidental” plagiarism. One still has to explain how, without negligence or malice, the work of another author ended up in the new work without citation. The problem is, that is a deliberate act requiring the author to, at some point, copy and paste those words in.

Authors who are working to avoid plagiarism treat the act copying with reverence. It’s something to be done with great caution. Copying and pasting feely, to the point of “accidentally” including plagiarized content isn’t just a matter of bad fortune, it’s negligence.

When copying other people’s work into a new one, the first thing that should be done is to cite the text immediately, even if the copied text may not stay. If that’s not practical, then either paste it into a second document, such as a separate notes document, or, at the very least, clearly mark it as text that needs to be revised to avoid accidentally submitting it.

When working with students, I teach a “clean room” approach to writing. Whatever application or browser the student is working in, nothing is pasted into it without immediately getting a quote and a citation. For paraphrasing, I tell students to read what the want to paraphrase and then put it away so they can write it in their own words.

However, even without this approach, the only way to plagiarize accidentally is to not show proper reverence to the work of others when pasting it into yours. Even if your work is a rough draft, following proper citation rules is crucial because it’s easier and more reliable to start out following them than to try to come back and fix citation issues later.

In short, copying the work of others into yours without citing or rewriting it immediately isn’t accidental plagiarism, its negligent plagiarism. No matter how much the plagiarist intends to edit or revise the work, the willingness to mingle original and outside work without citations is either malice or sheer laziness and negligence.

Regardless of malice, the writer was taking an unethical shortcut and has to bear responsibility for the copying.

In many ways, the claim of “accidental” plagiarism is the last refuge for a plagiarist who is caught but has no one left to blame. It’s an approach that doesn’t even attempt to deflect all of the blame, instead just trying to claim that it wasn’t malicious to lighten the burden.

But, when it’s all said and done, the ethical difference between malice and the level of negligence needed to accidentally plagiarize is fairly small. Considering, in both circumstances, the plagiarist reaps the same benefits, causes the same harms and shows the same disrespect for the work of others, the difference doesn’t amount to much.

While accidental plagiarism is real, situations where a plagiarist acts so negligently as to plagiarize aren’t accidents at all: They’re the natural outcome of gross negligence.