Update: Paul Resnikoff, the publisher of Digital Music News, has responded to this story in the comments below. According to him, Digital Music News has completed their investigation and will be posting the findings soon. In the case of the first article, Resnikoff claims that the article was not plagiarism from Music Week, but that the two articles share a common source, namely a press release by GEMA. More updates as they come.

Update 2: I received an email from Hassan directly where she says that all four articles mentioned in this article were copied and rewritten from press releases that were not cited in the pieces, not plagiarism from other sources.

Nearly every weekday on this site I write a “3 Count” column. The idea of the column itself is fairly straightforward, I gather three copyright or plagiarism-related stories to link to and pen short recaps.

It’s designed to be a great way to expose readers of this site to interesting stories elsewhere and provide a brief overview of the major copyright stories.

However, writing the column requires me to read between half a dozen to a couple of dozen stories each morning. This is necessary both to find stories of interest, but also to try and find the most appropriate source for each story I choose.

But it was during a routine 3 Count that I ran across something I hadn’t before: Plagiarism.

Specifically, plagiarism on a site that I trusted deeply in the past and have regularly linked to.

But as bad as the discovery was, what followed made me realize just how inadequately prepared the future of journalism is for ethical missteps by their reporters. 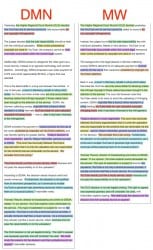 In my 3 Count column on February 1st, I was covering a story about a favorable German court ruling regarding YouTube. Widely covered, I had opened up about half a dozen different versions of the story to try and find the best one to use in the column.

It was going through those articles that I noticed the last paragraph of Charlotte Hassan’s article on Digital Music News (archived here) was virtually identical to the final paragraph of Emmanuel Legrand’s version at Music Week. A quick analysis of the two texts showed significant overlapping text between them (See image to right, click to enlarge).

While some of the text could be explained with common quotes, titles and other elements, significant portions were either verbatim or simple rewrites (such as the first paragraphs in both).

At this point, I had no idea what was going on and had a series of difficult questions:

I wrote the editors a both publications using the best information I could find on their sites. Unfortunately, I didn’t hear back from anyone for two days.

It was then that I heard back from Noah at Digital Music News. He advised me to reach out to the site’s publisher, Paul Resnikoff, and I did so.

In the meantime, I began investigating some of Hassan’s other work. It was then that I found three other cases of overlapping text.

In none of the cases above was the original article cited in any way.

I presented this information to Resinkoff and others. He said he had just brought Hassan on board and that it was the first time he’d dealt with anything like this. He removed all of the articles I had mentioned and said that they were investigating further.

I responded immediately asking for an update on the investigation when he learned more but heard nothing back. I sent a second request on the 12th which also didn’t receive a response.

As of this writing, Hassan still writes for Digital Music News. Checks of Hassan’s more recent articles have failed to find issues of this calibre. Spot checks of the work posted since my contact show only brief passages and quotes that are overlapping.

However, I admittedly haven’t investigated too deeply out of respect for Digital Music News and their right to conduct their own investigation.

A Lament for the Future of Journalism 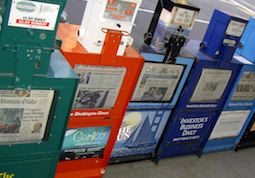 Typically, on plagiarism matters, I’m brought in after a problem has been discovered. An editor suspects or learns about an issue and needs someone like me to go through their archive and find out how deep the problem goes.

However, this is my first time in many years raising a plagiarism issue to light as an outsider. To that end, it was an illuminating experience.

The problem is that Digital Music News, in many ways, is representative of the future of journalism. Run by a small team, it blends original coverage with recaps from other sources and pushes out several articles per day.

While this structure can be great for creating lean news startups, it doesn’t handle ethical issues particularly well.

For one, if an issue is spotted, there’s often no one to contact. Major newspapers have public editors and ombudsmen to handle such complaints, online publications typically do not and many, such as Digital Music News, make it difficult to reach their editors or publishers.

While this isn’t universally true, MacRumors, for example, has all of their staff emails in their footer, that doesn’t mean that they are responsive. Though I wrote to all of the publications affected, I only heard back Digital Music News and only in a very limited way.

This makes finding out what happened incredibly difficult. The uncovering of Jayson Blair, for example, required cooperation from multiple editors and publications and even then needed a committee of 25 staffers and 3 outside journalists. Without knowing all sides of a story, it can be very difficult to learn the truth.

While I understand that publications can’t chase every scraper or infringer, when it’s a colleague that plagiarizing, the stakes are raised as the ethical issues impact the entire industry.

While no one is going to claim that the ethics of journalism was perfect before the Internet, if there’s anything that the web can learn from the pre-digital era of journalism it’s the need to take these issues seriously lest they eat away at trust.

To that end, there’s a strong need for communication and transparency. In this case, Deleting Hassan’s articles makes sense, but there was no editor’s note indicating why and no public discussion of the issue at all.

My goal with this is piece is not to shame Digital Music News nor is it to get Hassan fired or humiliated. I honestly don’t want either of those things.

My goal is to share lessons I’ve learned and to share an experience in plagiarism that was eye-opening even to someone who has been battling it for over 15 years.

If the new age of journalism is to carry the same ethics and standards as the previous, plagiarism is one of the myriad of ethical issues it must be prepared to tackle. That means being prepared, having a plan in place and and being able to approach these issues with fairness, decisiveness and transparency.

That did not happen in this case but I suspect that Digital Music News is no different than dozens, or even hundreds, of other sites in this regard.

To me, this issue is much larger than one author, one site and a few articles, it’s about an entire industry and how it needs to build trust with with the public.

Unfortunately, it seems as if we have a long way to go when it comes to these particular issues.